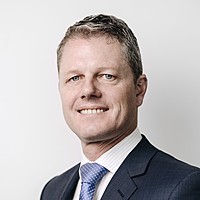 “Tesla’s addition to the index (S&P500) is expected to be particularly challenging because the company will be the largest to ever join, and it is expected to make up at least 1% of the gauge”.

That the WSJ refers to the S&P 500 index as a gauge is, to say the least, an anachronism. The S&P 500 went from being a gauge to becoming the world’s most titanic equity portfolio many, many years ago as passive investing powered away, and I use “titanic” symbolically.

Tesla is slated for inclusion in the S&P 500 index on December 21st. At least US$5 trillion tracks the index passively, meaning passive funds will be required to buy around US$50bn of Tesla stock for their portfolios, a figure recently confirmed to the Financial Times by S&P.

Tesla’s stock price has doubled more than three times this year. It is up over 600% year to date and over 50% this month. It is by far the world’s most valuable automaker, with a market cap of US$540bn – more than the next 6 largest automakers combined. Not bad for producing just 0.4% of the world’s annual fleet.

Tesla is not the only electric vehicle stock that has been surging. Others like Nikola, XPeng, Li Auto, NIO and Arrival Ltd have also seen their share prices surge, so investors are clearly eager to send capital towards the electric vehicle sector.

What is different about Tesla is its scale and the side-effect this will have on the benchmark that was originally designed as a measuring gauge. The electric vehicle bubble’s approaching collision with a wall of passive money will test just what an index like the S&P 500 is these days: a gauge that measures the market, or the piper guiding the largest financial herd in history?

When Yahoo joined the S&P500 in 1999, its shares surged over 60% in the days leading up to its inclusion. Verizon bought Yahoo in 2017 and the stock was removed from the index approximately 75% below its price on its announced S&P 500 membership. In effect, the index gained exposure to Yahoo at the top and got out at a big loss.

If the index were merely a gauge, this “loss” would be purely academic and unrelated to the stock’s inclusion in the index. The index includes the stock based on its size and deletes it when delisted. The stock’s movement throughout its index membership contributes to the index performance and sector weights during this time. In theory, the measurement of the stock has no affect on its performance. Yahoo was just a glitch.

Since that glitch, passive investing has seen the “gauge” morph into the world’s biggest equity portfolio, exactly replicated by hundreds of managers with trillions of dollars spread throughout the world. Money flowing into these portfolios buys whatever is in the “gauge” (the S&P500 index), regardless of price. The gauge is therefore attracting money into the stocks it measures, which pushes up the value of those stocks, which may attract more investors to index funds tracking those stocks, which increases the measurement reading of the “gauge”, which… well, you see the circularity here.

So, mark down December 21, 2020 as a date to watch. Tesla’s inclusion in the S&P500 will create a wave of non-discretionary demand for the stock and the effect on Tesla’s share price will be of great interest. Of greater interest will be the effect it has on the S&P 500 and passive investing.

Can active management avoid the distortions of index enslavement? Will the passive juggernaut roll on regardless? Or will Tesla’s adventure into the S&P 500 send up a flare about the dangers of passive investing?

My recent series of articles on Tesla and my podcast with Phil Muscatello from Shares for Beginners argue that passive investing is now approaching a scale, particularly in the US, that will lead to unknowable and funky outcomes. When at least US$5trillion in investments follows every trade and rebalance of a single index we are looking at unparalleled herd behaviour in the financial markets. This version of capital allocation is unthinking and automatic, determined only by a stock’s weight in the mother of all indices. Tesla is the case study that everyone is watching to see how it plays out. Those outside the herd - active managers - can sit by and watch it all unfold, but we will all be affected. The massive passive experiment is facing another, bigger glitch. BZzzzt….

........
Disclaimer: Please note that these are the views of the writer, Tamas Calderwood, Distribution Specialist at eInvest and is not financial advice. The writer also holds an S&P500 ETF..
save

S
Simon James
1st Dec, 20
On the local front, a similar thing may happen when Afterpay is finally included in the top 20 - being roughly 15th place currently if it was included. I bet it would also be the biggest inclusion ever. Like Tesla, the index funds may find that there is a free float share supply squeeze, rather than a short squeeze. Also like Tesla, the believers are often free carry rusted on fanatics who are unlikely to sell to anyone for years, let alone help Mr Index reach index weighting. Just my opinion and I may be wrong; don't rely on me at all.

Jodi Pettersen
1st Dec, 20
Love your work, Tamas
A
Ahmet Ozaydin
1st Dec, 20
I wonder when exactly Passive Funds buy the Index. On the same trading day or the day after? If on the next day, how do they allow the redemptions? Does every ETF follow the same practice or they differ? Any knowledge of this please?

Tamas Calderwood
1st Dec, 20
Ozaydin - passive funds usually buy at the closing auction on the day of index inclusion. This way they gain exposure at the official close price that the index uses for returns. So $50bn will need to trade at the close on Dec 21. That'll be quite an auction!
A
Ahmet Ozaydin
1st Dec, 20
Thanks Tamas

Tamas Calderwood
1st Dec, 20
Simon - It's a little different in Australia with Afterpay. Afterpay is already a member of the ASX200. Also, the ASX200 has a much smaller amount of money (both relative and absolute) tracking it than the S&P500. Good points about the possible supply squeeze and Tesla's fanatical investors.
J
John Wilson
3rd Dec, 20
Presumably the index tracking funds will also need to sell about $50 billion of other company shares at the same time?
J
Justin Baiocchi
3rd Dec, 20
The problem is that while rational people can (hopefully) see the issue with the relentless rise of passive investing and the problem of circularity, a narrow focus on fees is driving the narrative. The explicit fee pressure on superannuation funds, for instance, suggests that ultimately every super fund simply invests in the index at a cost of one or two basis points, or maybe at zero cost, with the provider making money on the spread. Yes fees will be lower, but is this the most desirable outcome? Witness also robo-advice, which almost exclusively focuses on low cost index funds, adding to the issue above. While still small, this segment can only grow at the expense of active management. When all the active managers and investors are dead and all we are left with is one giant index fund, what will it be like?

Tamas Calderwood
3rd Dec, 20
John - spot on. The index funds will need to sell $50bn across the board of other holdings to fund their Tesla purchases. Going to be an interesting closing auction on Dec 21! Justin - good points, however I think this Tesla adventure may signal a shift in sentiment as people realise that passive investment has grown too big. Low fees are nice, however robots and indices can't make all the investment decisions. Humans need to be involved.