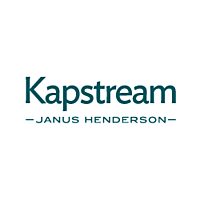 April nineteen sixty eight. Fifty years ago. It was perhaps the first mainstream introduction to fictional Artificial Intelligence (AI) when we met ‘HAL 9000’, the supercomputer controlling the spacecraft Discovery in Arthur C Clarke and Stanley Kubrick’s confounding sci-fi epic 2001: A Space Odyssey.  HAL was an early exercise in AI over EI (emotional intelligence) and the omnipresent conflict between man and machine, pitting his hard-coded mission priorities over expendable human life, against his onboard human nemesis, scientist Dr. David Bowman.  In their battle Bowman ultimately prevails by first deactivating HAL’s advanced capabilities, regressing the supercomputer to a juvenile state, before permanently shutting down his circuitry in emotionally-charged scenes of pathos rarely associated with the deactivation of a machine (a theme revisited again in Spielberg’s A.I.).  An eerie future glimpse perhaps, into the evermore humanlike connection we make today with assistants Alexa, Echo, or Siri…?

We have been on something of our own unchartered odyssey in the years since the Global Financial Crisis (GFC) with central bank easing policies having kept bond yields low, allowing all financial assets to perform well against a low volatility backdrop.  As a result, many superannuation funds have continued with a pronounced skew towards risk assets, retaining high equity allocations vs fixed income.  And it’s worked out very well.  Risk assets rose.  And kept on rising.  Generally, the more risk you took while these interventionist ‘training wheels’ were in place, the more return you made.  Not too many spills, given dampened volatility. Very nice.

But will this strategy continue to work in the future?  How long can this current phase of the journey continue?  Markets received their first real warning in March, when volatility returned amidst a perception easy money was going to end sooner than expected.  We’ve known the US Federal Reserve (the Fed) was going to continue hiking rates – they’ve telegraphed their message well over the past five years – but the combination of rising rates, tapering and budget and current account deficits eventually meant an inevitable resurfacing of volatility.  With US Treasuries remaining the global benchmark by which other markets are judged, rising rates will remain a global phenomenon, despite low growth and inflation.

There has been much conjecture over the past few weeks and months on the near-term path for US 10yr Treasury yields.  Currently hovering around the 3% mark (the highest it’s been in 8 years) a new consensus suggests a continued climb onwards toward (and perhaps beyond) 3.5% in time, at which point it is anticipated more widespread rotation from equities to bonds would be likely.  Inflation and continued growth are key, but so is new Treasury supply.  It’s something of a balancing act – if Treasury yields continue to rise, it may choke future growth prospects, particularly with growth and inflation prospects remaining relatively benign.  But solid employment gains (albeit with little wage pressure so far) combined with strong economic data point toward further post-GFC recovery, providing the ammunition the Fed needs to return to a more normal short-term rate.  But it’s a delicate balance and as we have seen over the past few months, not immune from ever present geopolitical rumbles.  Tenuous, to say the least.

The Fed will normalize rates over time, eventually getting to 2.5% or 3.0% over the next two plus years. A tougher question is what becomes of 10-year yields.  Should the Fed hike too quickly, we could continue to see the flattening of the yield curve.  However, US$1tn+ budget deficits combined with the Fed’s tapering program mean unprecedented supply in the coming years.  Who will buy these bonds at current levels?

In a similar vein, the resurgence of volatility also left its mark in credit spreads, which remain wider than at the start of the year, however we view wider spreads as temporary in nature, due to short-term increases in corporate supply, rather than any deterioration in credit fundamentals or increase in default risks.  Nonetheless, investors need to remain more cautious as market volatility increases, and not forget that we remain in a rising interest rate environment.  Leaving your bond allocations sensitive to a change in rates and spreads is more risky today than in the past.

Fortunately, there exist a good number of strategies where that sensitivity can be neutralized.  Assuming any allocation to fixed income exists as yin to the (equity) yang within portfolios, i.e. that it is uncorrelated (or negatively correlated), then it becomes vital for investors to ensure it has proven so. Higher risk fixed income sectors can be closely correlated to equities when you most want them not to be, notably during extreme risk off periods (the GFC being a fine case in point where certain high yield securities fell just as sharply as equities).

There is also no doubt that we still face a complicated set of extraneous geopolitical factors; the precarious relationship between ‘frenemies’ Trump and Kim, China’s opaque economics, tit-for-tat trade warring, and the volatile US/Iran/Israel dialogue to cite some of the current clouds. Their negative impact on equity markets could be severe, though any one has sufficient energy to disrupt the status quo in fixed income markets too, so it certainly pays to find fixed income manager delegates that possess inherent and proven dynamic tools to make material defensive adjustments when storm clouds gather, and equally to take risk when opportunities present.

At least technically, looking forward a reasonably compelling argument has emerged for something of a rebalancing back towards closer equilibrium between equity and bond allocations. Not in a rush, but tailwinds are building, and layering in at increasingly attractive forward yields is starting to appear sensible.

Equally, initial audience reactions suggested 2001 took time to prove itself, though it’s come to be regarded as one of the greatest and most influential movies, dealing with complex themes of evolution, technology, and AI.  While the then fiction of human space travel has yet to materially progress from the Moon landings of the late-sixties and early-seventies – notwithstanding ongoing efforts by the likes of Branson and Musk – 2001 gizmos such as flat screens, tablets, and smartphones abound.

Unless otherwise specified, any information contained in this publication is current as at the date of this report and is provided by Fidante Partners Limited (ABN 94 002 835 592, AFSL 234668) the issuer of the Kapstream Absolute Return Income Fund (ARSN 124 152 790) (Fund). Kapstream Capital Pty Limited (ABN 19 122 076 117, AFSL 308870) is the investment manager of the Fund. It should be regarded as general information only rather than advice. It has been prepared without taking account of any person’s objectives, financial situation or needs. Because of that, each person should, before acting on any such information, consider its appropriateness, having regard to their objectives, financial situation and needs. Each person should obtain the relevant Product Disclosure Statement (PDS) relating to the Fund and consider that PDS before making any decision about the Fund. A copy of the PDS can be obtained from your financial adviser, our Investor Services team on 13 51 53, or on our website (VIEW LINK). If you acquire or hold the product, we and/or a Fidante Partners related company will receive fees and other benefits which are generally disclosed in the PDS or other disclosure document for the product. Neither Fidante Partners nor a Fidante Partners related company and our respective employees receive any specific remuneration for any advice provided to you. However, financial advisers (including some Fidante Partners related companies) may receive fees or commissions if they provide advice to you or arrange for you to invest in the Fund. Kapstream Capital, some or all Fidante Partners related companies and directors of those companies may benefit from fees, commissions and other benefits received by another group company.

Get investment ideas from Kapstream Capital when you sign up to Livewire Markets.