2020 could be a classic vintage 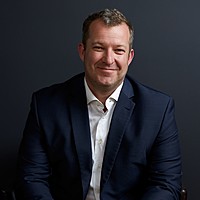 The global leader in digital media and digital marketing solutions, Adobe, recently snapped-up start-up, ‘Workfront’, for US$1.5 billion. One investor toasting the deal was Greenspring Associates, who saw their $37.9 million total investment revalued at $227.4 million on the bid.

We spoke with Hunter Somerville from Greenspring the same day the takeover was announced and explored how the fund operates and the venture landscape more broadly. We also looked at why 2020 could ultimately become a classic vintage, given: “disruption breeds innovation, and innovation is what venture invests in” as he succinctly put it.

Read on to hear the key themes and big trends in an asset class giving investors a valuable mainline to the innovation economy.

Greenspring Associates is a top-tier venture firm with a 17% platform-wide net internal rate of return since inception in 2000 and over $U.S. 10 billion in assets under management. This makes it one of the largest venture-only firms, and one that the Future Fund uses as an external manager and consultant to identify new opportunities.

Hunter Somerville is a General Partner there and is responsible for the sourcing and due diligence efforts on funds, as well as direct and secondary opportunities, and assessment of micro VC managers for the firm. In short, he is closely involved right across the venture ecosystem, and following our introductory Q&A a few weeks ago, this webinar was a great opportunity to explore this asset class further.

Lucerne tends to steer clear of traditional, often-crowded investment vehicles, preferring to invest in proven managers that rely much less on favorable market conditions in order to perform. Venture has many of the characteristics we seek, yet is one that many Australians are often underexposed or underweight in their portfolios.

While it is still small here in Australia, venture is a major asset class in the U.S. and one that gives investors a mainline into the massive innovation economy.

For context, Australian venture raised $1.7 billion in 2019. While this marked a new record, it was a long way short of the $136 billion raised by US venture last year, even when benchmarked on a GDP basis.

Hunter talked about the Australian venture scene in our discussion, explaining that:

“the new class is doing a great job at being effective there, but certainly I'm sure there are scars on behalf of investors that remember that time period where it wasn't an effective asset class and where there was a lot of money lost. It takes time to prove that things are different. Frankly it takes realizations and capital returns... and I think we're on the cusp of that.”

Venture provides a critical link in the economy, connecting the best founders and entrepreneurs with the capital they need, letting them start and then scale their company.

But it goes much further than that, particularly in the bigger, more mature US market. With the abundance of capital available in private markets today, companies can thrive in the private sector for an ever-bigger part of their life-cycle.

The live example of Workfront above is a great example of how companies can in fact overlook public markets completely, and comfortably reach unicorn status within the private ecosystem. This company never took a dollar of public money and reached a $1.5 billion valuation.

With this kind of value creation taking place, investors that add this part of the market to their universe greatly increase their opportunity set. Being able to invest at conception also creates the possibility of building meaningful stakes, and actively supporting the success of that company. Hunter described the opportunity:

“You can enter into these companies at a reasonable entry price with a nice ownership percentage, then you and the founder, at the end of the day, should be able to do quite well when realizations eventually occur… and so the ability to capture that growth in disruptive innovative companies that can accrete significantly in value year over year offers you an interesting component to your portfolio that you probably won't be able to capture from other asset classes... we think it's an important part of portfolios. It offers growth in a world right now where I think that's very challenging to find - and it's growth done the right way, actually, through getting customers, and scaling it, and earning it”.

While there may be over 3,000 listed stocks on the NASDAQ, Hunter argues that publicly listed tech stocks are still in short supply on the public side relative to the private side.

This creates an incentive for public investors to set up ‘private to public’ funds, which exploit the valuation arbitrage between the two spaces, which Hunter describes as providing ‘jet fuel in terms of appreciation and more near-term growth’.

Investing in both funds and companies directly

Venture is the most patient of capital and requires its investors to be patient too. One hurdle for investors is therefore venture's illiquidity.

Greenspring has an interesting model that goes some way to alleviating this, in that while it invests in the best-performing venture funds, it invests directly in those funds’ best ideas too.

This hybrid of fund-of-fund / direct investment can create liquidity events through the investment period:

“They're complimentary to each other. The funds invest at the earliest stage. They obviously have more upside upon success, but they take longer. The directs have a mitigated hold period because we're coming in in the middle and we can drive capital back from the direct investments before the underlying companies and the funds pay off. And so it smooths out the cash flow profile for an investor. It drives capital back faster, it appreciates faster through the directs and then the funds pay off later. So just from the standpoint of an investor, it has that benefit.

This crossover also has the benefit of giving Greenspring the opportunity to assess and get to know which managers are the ones to back.

In terms of themes, it’s no secret that E-Commerce’s trajectory has exploded this year, as testified by Jeff Bezos becoming the first person ever to have a net worth of $200 billion.

Another theme to gain momentum is telehealth, whereby you can interact with your doctor without ever having to leave the safety and comfort of your house. On these themes Hunter pointed out that:

The amount of adoption in telehealth has been absolutely insane. A statistic I saw recently is 46% of people are using it versus 11% beforehand. So it was an incremental growth and then it exploded and similar on the e-commerce side. I think the level of adoption with e-commerce we've seen is almost the same as eight years prior to the past nine months.

Greenspring invests directly in established categories and has been active in SAAS, next-generation models around FinTech and insurance tech. In terms of the 'bleeding edge', through the best managers that they can find to 'look around corners' and find disruptive new categories that people haven't appreciated or even thought of before:

Areas of aerospace that some of our partners invested in six to eight years ago, we thought were absolutely crazy. Now we are direct investors in one of those with Rocket Lab out of New Zealand, which we are huge fans of and very proud to be involved with. But at the very beginning and seed and series A, some of those ideas just seemed absolutely nuts. But that's what great early stage investors do, they understand what's nuts... but has potential.

We really enjoyed this discussion with Hunter, who has an unrivalled view across the asset class and was kind enough to share his insights with us. You can watch the discussion in full below or access the transcript here.

Lucerne is Australia’s pre-eminent independent Investment Group, providing high net worth investors access to a family office-style service. We allocate to any investment that meets your objectives and we invest alongside you. Click ‘CONTACT’ to talk with us.

LIVEWIRE FUND PROFILE
Lucerne Investment Partners: Lucerne Alternative Investments Fund (Fee Class 1)
........
This has been prepared by Lucerne Australia Pty Ltd ACN 609 346 581 a Corporate Authorised Representative of AFSL number 481 217 and issued by The Trust Company (RE Services) Limited ACN 003 278 831 as responsible entity and the issuer of units in the Lucerne Alternative Investments Fund. It is general information only and is not intended to provide you with financial advice and has been prepared without taking into account your objectives, financial situation or needs. You should consider the product disclosure statement, available by calling 03 8560 1440 or visiting our website (VIEW LINK), prior to making any investment decisions. If you require financial advice that takes into account your personal objectives, financial situation or needs, you should consult your licensed or authorised financial adviser. To the extent permitted by law, no liability is accepted for any loss or damage as a result of any reliance on this information. No company in the Perpetual Group (Perpetual Limited ABN 86 000 431 827 and its subsidiaries) guarantees the performance of any fund or the return of an investor’s capital.
save

Lucerne provides high net worth investors with peace of mind through bespoke investment solutions that leverage my access to exclusive opportunities via local and global networks. I offer investors the benefit of my extensive experience and...

Get investment ideas from Anthony Murphy when you sign up to Livewire Markets.