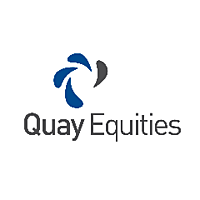 The Australian Share Market starting the day in the red shrugging off a positive Wall Street lead as weakness in the commodity market weighed on the market. With Iron Ore, Oil & Copper off overnight we saw a direct effect on local companies today. Market Turnover into lunch was strong at $2.095 billion. RBA board minutes showedthe central bank leaving open the possibility that it might cut interest rates further. It also said that the absence of policy guidance in May copied its approach from February and had considered delaying the interest rate cut until June while also remaining concerned about the strength of the Australian dollar. The potential for another rate cut later in the year will be heavily influenced on our local economic data particularly employment & inflation while the strength of the Australian dollar and any moves from the Fed Reserve will also be significant considerations. The Australian dollar falling slightly on release, while the equity market actually pegged back some of is losses to put on around 10 points. For the entire wrap please visit (VIEW LINK)