The 3 trends that matter for asset allocation 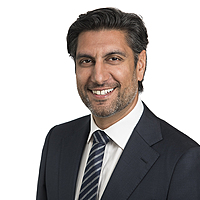 What trends will matter for asset allocation in 2019? Our Multi-Asset Solutions team share three factors that have influenced their shorter-term and longer-term asset allocation decisions over the past year – and why they remain relevant for investors in markets ahead.

1. Strengthening corporate activity sees our equities outlook improving, but watch out for volatility

Heading into 2018, the subject on the mind of many equity investors was whether the synchronised growth story that has played out for the last few years would continue to extend the longest ‘bull run’ on record, or whether we would start to see cracks appear in equity markets as we headed towards the later stages of the current market cycle. It turns out the latter scenario won the battle as markets took a downturn in the last quarter of 2018.

What does this mean for equity investors and valuations? The short answer is, surprisingly, a slightly more favourable backdrop on both a shorter, and longer-term basis. Record levels of earnings continue to grind higher even in the face of increasing labour costs as capacity constraints build across many developed markets. Supported by stronger revenues, higher earnings, combined with the recent risk-off sentiment in equity markets, have made equity valuations somewhat more palatable than when we started the year, as evidenced by P/E compression. Looking to the year ahead, we expect equity valuations to return to a level more consistent with longer-term averages. Equally important to note, we envisage a continuation of the trend towards increased volatility that has resurfaced this year, as developed market economies move in divergent paths. The return of volatility will likely provide more opportunities to allocate capital when attractive opportunities become available. More information on volatility can be found on a paper we have recently written here.

Our long term, Neutral Asset Allocation (NAA), suggests 40% of the overall equity exposure should be held in domestic shares. The remainder is spread across a diversified mix of overseas share markets, including an allocation to emerging markets where valuations appear attractive. As part of our short term Dynamic Asset Allocation (DAA) process, our investment signals favour developed market versus emerging market equities. You can find out more about our DAA process here.

A theme that has played out in the world of central banks for much of the year has been the move away from quantitative easing (QE), to a more gradual path of policy normalisation. This has led to the eventual end of the ~35-year fixed income rally, seeing interest rates consolidate at historically low levels.

At the start of the year, many thought the health of the US economy was in good shape, with fundamentals (employment, wages) pointing in the right direction. The period of very low interest rates was expected to be short-lived as we were in the midst of a tightening cycle. 10-year US Treasuries rose through the 3% level in September and continued their ascent to hit a high of 3.24% in November. Since then, bond yields have retreated on the back of softer inflation expectations and a shift in tone to a more ‘data dependent’ nature from the Federal Reserve, which has signalled to the market that a pause or slowdown in future rate hikes is likely in 2019. What does this mean for fixed income investors? The actual level of the ‘neutral interest rate’ in the US is anybody’s guess. The number of expected rate hikes in the coming year has fallen from three (consensus expectations throughout much of the year) to the possibility of one rate hike. While many perceive the Federal Reserve has hit the pause button, we believe this to be temporary and expect a rate hike in March 2018 to push interest rates towards the level that was previously seen in November.

We continue to take opportunities within fixed income via our DAA, however, the NAA allocations continue to avoid long-dated bonds. In Australia, inflation-linked bonds offer some value and we continue to hold these, with the risk of higher inflation than we have experienced in the last couple of years. As part of our NAA process, our investment signals favour short versus longer-dated fixed income securities.

3. Geopolitics may trigger bouts of volatility across all asset classes and subdue central bank action

On the political front, we saw an increased level of popularity in populist-run governments, protectionist views and an escalation in trade tensions.

US President Trump has certainly taken a liking to diplomacy via Twitter since his inauguration. While we have come to expect controversial ‘tweets’ every morning, many of us hadn’t foreseen the extent of trade tensions that have dominated news flow for the majority of the year. The recent G20 summit meeting between Trump and Chinese President Xi Jinping may have eased tensions somewhat, but we expect the coming year to be critical in terms of easing market uncertainty. The agreement by both leaders to renegotiate will end on March 1 2019, giving both countries ample time to hammer out a new trade deal. In Europe, Italian politicians are still in negotiations between themselves (and the European Commission) on a suitable fiscal deficit level. The European Commission is sceptical that a resolution will come to fruition and appears ready to pursue an excessive deficit procedure. This is important as any lack of enforcement from the European Commission may make it more problematic to impose any future structural reform in the European Union. An example of this to watch closely will be how the European Union handles France’s fiscal deficit following the recent ‘yellow vest’ riots. We anticipate this may take some time to settle. Brexit continues to evolve in complexity and confuse people along the way. British Prime Minister May has announced that a parliamentary vote will be conducted in January 2019 after initial plans for a December vote were shelved. Opposition leaders have since announced a no confidence motion in an effort to overthrow the government. Any further uncertainty in British politics will be closely monitored given potential impacts to sterling in the short term, and the potential impact on UK GDP in the long term.

It’s well known that financial markets dislike uncertainty. In 2018, geopolitical tensions contributed to higher volatility in markets, impacting both earnings projections and central bank action. Both will continue to attract significant attention in the coming year.

It has been well documented that asset allocation decisions are the dominant driver of overall portfolio returns - and that investment challenges are rarely addressed with a single asset class. Find out more

Kej Somaia is Co-Head of Multi-Asset Solutions and Senior Portfolio Manager for First Sentier Investors. He is responsible for the development and management of multi-asset business globally as well as tailored investment solutions. Kej is the...

Get investment ideas from Kej Somaia when you sign up to Livewire Markets.