A crucial piece in stock evaluation... 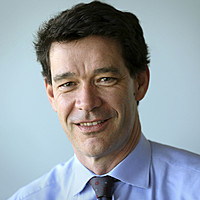 In this 12-part Cadence Investing Series, we discuss several aspects of the investment process and how it actually works in practice. Topics covered include market psychology and fundamental analysis, and aim to provide the reader with a first-hand view of how financial theory stacks up in real world situations.

Fundamental or technical research on a company that ignores the industry in which a company operates is like doing research “in a bubble”. As we always indicate in our presentations, we spend a lot of time visiting companies and visiting both listed and unlisted competitors in the industry sector.

History is littered with companies and sectors that at one stage would have been great investments but which wither, lose their way or become obsolete. Many people have dedicated their lives to trying to understand why some companies can adapt and be innovative while others cannot.

Even when companies can innovate, they may still fail

Even when companies can innovate, they may still fail. Recent interesting examples include Sony, which invented the Sony Walkman and the first music players that were truly portable, only to completely lose a competitive edge in the area. In fact, Sony has been struggling as a company for several decades now.

Apple succeeded where Sony failed in portable music, although Apple nearly went bankrupt twice before emerging as a preeminent technology company in the current era.

Kodak had a strong history in film cameras and selling camera film. In fact, Kodak invented the digital camera sensor but failed to commeHrcialise the concept, only to eventually go bankrupt.

IBM, which is credited with inventing the first personal computers, famously said there was “probably demand for four such computers in the world”. They were wrong but nonetheless adapted and successfully sold personal computers.

Closer to home, Australia experienced a resource boom that was mooted to be “stronger for longer” and then “stronger forever”. Commentary at the time suggested this was due to the rise of China and then India, popularly referred to as “Chindia”.

Not only are industry sectors cyclical, but they can also be secular

Not only are industry sectors cyclical but, as briefly outlined above, they can also be secular, with particular industries ostensibly disappearing.

Ostrich feathers, once a highly profitable business aligned with ladies hats, disappeared with the advent of the automobile. The feathers flew off the hats at speed in open-top cars and did not fit under closed-roof automobiles.

The automobile manufacturing industry existed in Australia up until a few years ago and has all but disappeared.

On a global scale, the most recent challenge for the automobile industry is the move from the internal combustion engine (ICE) to the electric motor. With 1bn automobiles on the road globally with ICE engines, and decades of investment in facilities to produce this type of car, it will not be an easy transition. Nevertheless across the past few years we have seen electric go from a peripheral technology, popularised by the likes of Tesla, to a major focus of the world’s largest car manufacturers, including Toyota, Volkswagen,  Nissan and GM, which have all committed to releasing a number of electric models within the next few years. Which companies will succeed in the new electric world and what ramifications could this have on other industries? What is today’s Ostrich feather?

As part of understanding recent changes in this industry, I recently test drove a Tesla.

The Tesla Model S is an electrical automobile with a stated range of 400km and 0-100 kilometres per hour acceleration in around four seconds. It can carry four passengers in comfort and can be charged with electricity at around one-tenth of the cost of a tank of petrol.

Is this the end of the petrol vehicle? Would a revolution in electric vehicles, solar energy, wind energy and the discovery of large basins of gas in the US lead to much lower demand for oil and hence see a sharp fall in the oil price, or is the current falling oil price simply cyclical?

These are all questions that an investor must contemplate in addition to the fundamental and technical research that is undertaken.

While it is not easy to forecast earnings for a company two years out, it is still a lot easier than forecasting a company’s earnings 10 years out! And yet, industry trends five and 10 years out are extremely important.

An investor needs to be cognisant of the trends within the industry in which he or she invests so as to avoid being invested in the next Kodak or the Australian automobile industry, which may look “cheap” only to close down and or see earnings disappear.

It was only a few years ago that I attended a meeting for a footwear retailer and a lively discussion ensued when I mentioned that I purchased my running shoes from an internet site at half the price I could buy them at a store in Sydney.

The chief executive said I was the exception rather than the rule and that most people still purchased their running shoes in a store. We do not own the company but I noticed in a number of the recent company announcements that the internet had “affected sales”.

Maybe I am not the exception and as people get more used to buying running shoes online, they may appreciate the fact they are half the price and get delivered straight to your front door with free postage.

That same company indicated it has started to focus on school shoes. As we know, children grow quickly and it is very difficult to buy children’s shoes online and as sizing is a real issue, it may be that certain parts of the shoe industry become commoditised while other areas become able to charge a premium.

Take a look at Amazon they were an online bookstore two decades ago, today they are one of the world’s largest companies with assets that include groceries, hardware and now disrupting the pharmacy sector.

The industry that we as investors work in is also changing drastically. It used to be that retail investors paid 2.2 per cent brokerage on a trade — this number is now below 0.11 per cent.

Australian Securities Exchange (ASX) announcements were $30 per announcement if sent by fax, or you could pick them up by hand for $15. ASX announcements are now ostensibly free.

Industries are changing all the time.

Price feeds and translation programs to get stock prices into an excel spreadsheet were horrendously expensive and available only to the very largest companies. Again, this information is now ostensibly free. Industries are changing all the time.

Analysing the industry is a very interesting part of the investment process and we could write whole books on the subject. Unfortunately, space does not allow it within this article and the purpose of this article is only to remind us not to do our analysis “in a bubble” and ignore the world we live in and the constant changes that take place in that world.

If you enjoyed part ten of the Cadence Investing Series keep an eye out for our weekly articles, eBooks and 56 Books To Read Before Buying Your First Stock.

Cadence Capital strives to outperform the index and we invest our own money alongside yours. We believe that a combination of both Fundamental and Technical analysis, along with a disciplined stock entry/exit strategy, are key to investing success.

Get investment ideas from Karl Siegling when you sign up to Livewire Markets.