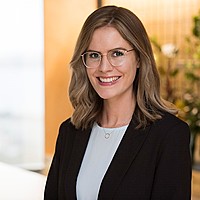 It is an unfortunate, yet widely accepted maxim that good news doesn’t sell newspapers. If true, papers must be selling like hotcakes at the moment, as it seems the headlines have never been more dire. But as we reflect on the end of another 12 months that leaves us wanting to see the word “unprecedented” banned from the dictionary, we allow ourselves to feel cautiously optimistic.

Household and corporate balance sheets are in great shape, and this is enhanced by international border closures. Australians spend $65 billion a year overseas, and that money is now trapped in our local economy. While we lose out on the $45 billion we typically bring in from tourists annually, these imported tourist dollars tend to find their way only into very targeted parts of the economy; naturally, the travel, tourism, and hotel sectors.

By contrast, trapped locals are spending widely across the economy and saving too: we’re seeing it in record deposit levels for the banks, in booming retail spend, rebounding new car sales and record used car prices. It’s becoming clear that international borders are likely to remain shut for a while yet, particularly given the spread of COVID variants, so we expect this “spend local” dynamic to continue.

The economic backdrop is further supported by rising house prices and record-high iron ore prices. So far, the pandemic has wrought far less economic damage for Australia than other countries, yet the performance of our stock market has lagged, only recently exceeding pre-pandemic highs. As explained below, in October 2020 our market was one of the worst-performing major markets, despite our economy being one of the most resilient in the world.

We made the case six months ago that the Australian market looked like good value in a relative sense, and the subsequent 10% rally into financial year end likely reflects that.

However, Australia seems to have fallen into an unfortunate bucket of countries that controlled the pandemic very well in 2020, only for things to deteriorate in 2021. As we enter our sixth week of lockdown in NSW, with case numbers rising and no apparent end to restrictions in sight, it is tempting to subscribe to the exclusive doom and gloom peddled by newspapers. We are not epidemiologists, in fact we can barely spell the word, and make no attempt to forecast how the virus situation might unfold from here. However, if we consider the implications for the Australian economy (and by extension, the stock market), we note the three key drivers of the dazzling economic recovery of the last 12 months were: monetary policy (low interest rates), fiscal policy (JobKeeper in particular) and closed international borders. This resurgence of local transmission has all but enshrined “lower for longer interest rates”, at a time where the debate was shifting to when to tighten. It will also likely mean our international borders remain shut for longer, given the havoc wreaked by COVID variants like Delta elsewhere in the world. While at the time of writing, no federal government fiscal response has been announced, we would be betting on JobKeeper 3.0. We are not arguing this lockdown/virus breakout will be good news for the economy, however we believe it can be managed in the months it takes to get to an acceptable vaccination level.

Risks to the outlook

While we feel more sanguine about the Australian economy’s resilience to the latest COVID outbreak than we did in March 2020, there is clearly a stark differential in the value on offer in the market today vs last year. While we understand the market’s willingness to consider any COVID impacts as true “one offs”, particularly given the existence of efficacious vaccines (something we couldn’t be sure of in March 2020), we must acknowledge that a high starting point for valuations enhances the downside if anything goes wrong. The market is not priced for shocks, and we are navigating a time that is still quite shocking. That makes us nervous. As ever, our response is to allocate capital to solid, well-managed businesses with strong balance sheets. This was a key differentiator in March last year: those businesses with lower levels of gearing dramatically outperformed during the market downturn in March, and the subsequent rally in April. We also seek to avoid those businesses that are priced as though nothing could ever go wrong!

Another potential fly in the ointment is always interest rates, given the price of money sets the price of every asset class globally. The main debate raging in markets right now is about inflation. With inflation numbers rebounding off last year’s global economic decimation, the debate is over whether it is likely to be transitory (a one-off bump as supply chains normalise post-Covid) or structural (a multi-year demand unleashed and things get out of hand).

We are certain that we will see an uptick in the near term in inflation; most of the companies we talk to are calling out pretty significant raw material and labour market inflation, and a desire to pass this through in terms of price increases. So it is definitely underway.

As for what happens after that – exact corollaries in history are impossible to find, but we see two possible precedents:

“The other tail-risk for markets is the worsening diplomatic relationship between Australia and China.”

Obviously if it is more like the latter scenario, every asset globally is overvalued. However, a few things lead us away from thinking scenario two is likely. Firstly, the 1970s was an era with a lot of directly inflation-indexed wages, which added to the feedback loops that saw raw materials spikes driving a wages/prices spiral. Secondly, debt is a very deflationary force, and the world has a lot more debt now than the 1970s. The increase in global debt levels increases the sensitivity of debt-holders (which include most homeowners) to increases in interest rates. So you get a demand response very quickly when you increase rates, which is what we saw in 2018.

So we lean towards thinking structural inflation is a tail risk for portfolios, rather than a base case. In all fairness, this has been the “consensus” view for the last six months, but we note a subtle shift is taking place, with more and more voices leaning towards scenario two. So we think the market is beginning to worry about a more extreme inflationary scenario, which could throw up investing opportunities.

The other tail-risk for markets is the worsening diplomatic relationship between Australia and China. We’ve avoided exposure to companies that generate the bulk of their revenue in the Chinese market. Where we remain vulnerable in our portfolio is through our position in resource companies such as BHP and Mineral Resources. We can’t rule out trade disputes spilling into iron ore, however unlikely; mining participants warn us they believe China is willing to “shoot itself in the foot to hurt Australia”. In order to mitigate this risk, we invest only in mining companies with diversified earnings (not solely iron ore), and rock-solid balance sheets: Mineral Resources is net cash, and BHP should end this year with net debt of only 0.2x EBITDA.

Hitting the road: Observations from our travels

We have availed ourselves of (momentarily) reopened state borders to get back out on the road again this year, with trips to Brisbane, the Gold Coast, Melbourne and WA. These trips left us feeling enthused about the high-end, quality operations and the level of innovation being undertaken across the country. In April we travelled to Ormeau, Gold Coast to meet with Kees Weel, CEO and founder of our portfolio holding, PWR Holdings. PWR make radiators and cooling systems for motorsports (supplying every Formula 1 team), high-end OEMs (e.g. Porsche, Aston Martin) and a number of exciting emerging applications such as EVs and defence.

We were blown away by the level of technical expertise and innovation in walking the factory floor, and it’s always good to be hosted by a CEO who greets everyone in the factory by name.

This is a true Australian success story; PWR makes and exports the best radiators in the world, and enjoys very healthy economics as a result (c30% EBIT margins, >40% return on invested capital).

In June we travelled to WA and met with a few mining companies. We were left feeling that the shift to a global clean energy system should create fantastic opportunities for Australia, which is rich in many of the mineral resources that are needed to facilitate this shift over the next 20 years. Further, geopolitical tensions could play in Australia’s favour, with the desire for countries and OEMs to construct ex-China battery supply chains providing an opportunity for Australia to exploit its position as a low-cost supplier of critical battery materials such as lithium and nickel.

One particularly exciting opportunity is in lithium. In order to meet our Paris Agreement targets, the IEA estimates the world will require over 40x more lithium than was used in 2020, driven by a 25x increase in EV sales.

Unlike other battery metals, whose demand profiles are greatly influenced by the way battery technology develops over the next few decades, lithium demand is relatively immune to the way battery chemistry ends up going.

On the supply side, the industry has just gone through its first proper boom-bust cycle. With lithium prices more than halving from their 2017 peak, many new projects were scrapped and mines put on care and maintenance. Now, with demand picking up, the industry looks set for a supply deficit emerging as early as next year. As such, we would expect further price rises.

This is good news for two portfolio holdings: Mineral Resources, which operates Mt Marion and (currently mothballed) Wodgina mines, and Wesfarmers, which recently acquired Kidman Resources and is developing a lithium hydroxide plant in Kwinana, WA.

While it doesn’t generate as many headlines, we feel the future is bright for a number of Aussie industries and businesses, and we remain happy co-investors along the way.

We identify Australian companies based on their financial strength, attractive durable business characteristics and the quality of their management teams. Stay up to date with our most compelling insights by hitting follow below, or visit our website for more information.

Emma has over 10 years investment experience, with roles in investment research at Airlie, Fidelity and Nomura. She holds a Bachelor of Commerce (Liberal Studies) from the University of Sydney.

Get investment ideas from Emma Fisher when you sign up to Livewire Markets.