A Tactical Process In Action 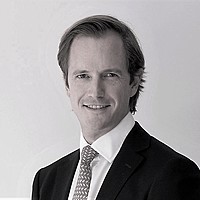 The last sentence in in our previous Market Insights was:

If evidence builds that the virus has not been contained, we will adjust the  portfolios  accordingly.

Since then, there have been a number of important developments:

Over the last couple of weeks, it had appeared increasingly unlikely that the virus would be contained in China. With that becoming our baseline view, we assessed the potential impact of the virus on markets and considered that within the context of our tactical asset allocation (TAA) framework. We believed that we were no longer being adequately rewarded for taking extra equity risk in the portfolios over the near term. As a result, we began reducing exposure to international equities in the middle of February. Portfolios now sit back towards their neutral growth allocation after being overweight equities since September last year.

We think the impact of COVID-19 on global growth will be felt through two primary channels: The impact of disrupted supply chains on global manufacturing and the impact of deteriorating sentiment on consumer spending. The former relates most immediately to the quarantine measures put in place in China since late January. Current estimates from Goldman Sachs suggest this could equate to an almost 1% hit to annualised US GDP growth in Q1 2020 before a recovery begins in Q2 and beyond. In addition, we flagged in the last Market Insights that we expected economic growth in Asia to fall sharply in Q1. While most data points are yet to flow though, the earliest numbers would confirm that the air pocket in Asian growth will be significant. This can be seen in the Asia Growth Barometer (see Introduction to the Drummond Growth Barometer for more details) below.

However, as the virus spreads around the world, we expect a decline in consumer spending growth to compound and prolong this weakness. Put simply, when people are worried about catching the virus, they are less likely to travel, eat out, shop etc. Schools and offices are likely to be shut down for periods of time in certain areas and public gatherings are cancelled.

Weaker than expected growth translates into weaker than expected corporate earnings. The below chart shows the current output of our earnings forecast models. We now assume that global growth in the 1st half of the year slows down by around 1 percentage point (weaker than consensus estimates), currencies move in the way they normally do in economic slowdowns, central banks ease policy further and inflation and wages growth slows. Importantly, this forecast rests on the assumption that the case fatality rate (CFR) ends up being at the very low end of current estimates[5] and that there are not wholesale changes to individual’s behaviour. If the CFR ends up at the higher end of these estimates, the economic impact will be much more significant.

Rather than rebounding through this year, we now think earnings will continue to fall in coming quarters, before recovering later in the year. Currently consensus expects global earnings growth of around 10% in 2020, whereas we now expect largely flat EPS growth over the period, with a fall in H1 and a recovery in H2.

We also assume some multiple contraction in the 1st half of the year. Most of the return markets delivered in 2019 was based on multiple expansion as investors looked forward to improving growth prospects this year to drive better earnings growth. The spreading virus will delay this improvement at best so it seems prudent to assume that the market multiple should retrace somewhat.

Overall, based on our expected returns framework, global equity returns would be around 5% lower than our previous expectations for the year ahead. Qualitatively, we would also expect much more market volatility in a slowing growth environment. As a consequence of the weaker growth forecast, the outlook for bond and foreign currency returns has improved, though not by a huge margin given valuations for defensive asset classes are stretched.

Our TAA framework captures a number of factors in addition to expected returns, including sentiment, momentum and real time estimates of growth. We think sentiment is particularly important at the moment. We have met with around 25 funds in the past couple of weeks and all assumed that containment would be successful, and the growth impact would be limited to a supply chain disruption. Aside from some very recent volatility, equity markets are close to highs, suggesting little risk of a meaningful growth slowdown has been priced. While our current read on global growth remains robust, we expect our global growth barometer to begin to ease as more economic data for February is released.

We will continue to monitor the data closely and will adjust the portfolios accordingly.

Get investment ideas from Nick Reddaway when you sign up to Livewire Markets.