A transformational year for Bingo 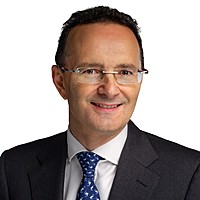 Bingo Industries has reported a 1HFY20 underlying EBITDA and NPAT of $82m (+75% vs pcp) and $28m (+32% vs pcp) respectively. Guidance for the FY20 full year was unchanged and underlying EBITDA is still expected to be in the $159m-$164m range (excluding the $3.2m gain on property sale). The result was in line or slightly ahead of expectations with consensus EBITDA prior to the result based on Factset data at $77.3m. However, the result did include a profit on the sale of property which would reduce the underlying EBITDA to $78.8m or 2% ahead of consensus expectations.

What we liked in the result:

The transformation of Bingo Industries

Bingo Industries has changed significantly since the release on the 1HFY19 a year ago. Between then and now the company acquired the operations of Dial a Dump (DADI) which included the significant landfill and recycling centre at Eastern Creek in Sydney and a significant number of waste transfer stations in NSW. As part of the acquisition the company also agreed to divest a site at Banksmeadow in Sydney which occurred during 2019.

Bingo Industries is part way through integrating the transformational acquisition of DADI. The key to improved share price performance from current levels in lifting the current post acquisition ROCE from the 9.2% delivered in 1HFY20 to the stated medium-term target of 15%.

The company’s immediate target is delivering guidance for FY20 and lifting EBITDA in FY21. Key factors highlighted today that could assist in delivering this include:

Over the long term, key drivers that will help the company achieve the targeted 15% ROCE include:

For Australia to achieve a Circular Economy in waste we expect that the Federal Govt will shortly announce ambitious new recycling targets that will include:

Overall, we believe that Bingo Industries has a good combination of assets to take advantage of the ever-increasing focus on recycling and higher standards in the Australian waste industry. We believe that it is fairly valued at current levels having significantly re-rated over the last 12 months.

Eiger Capital is an active boutique Australian equities investment manager specialising in small companies. Click the follow button below to be the first to receive our Livewire insights.

Get investment ideas from Stephen Wood when you sign up to Livewire Markets.