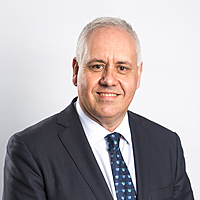 A major dislocation has recently occurred in global protein markets in the form of a rapidly spreading disease called African Swine Fever (ASF). The China Ministry of Agriculture and Rural Affairs (MARA) confirmed its first ASF outbreak in Liaoning Province on 3 August 2018 and since then 130 ASF outbreaks have been detected in 32 of China’s 34 administrative units (governed regions)1. MARA reported on 23 April 2019 that more than 1m pigs have been culled in an effort to halt further spread2.

Although the Chinese Government has stated that the pig breeding herd has been reduced by 19%, many commentators believe that the herd might be down 30% (or more) and that the overall supply of global protein may be reduced by a staggering 5%. While intensive research efforts are underway, unfortunately no vaccine has been developed yet. Infected herds therefore need to be destroyed and due to pigs’ long gestation period (approximately four months) it will take time to resolve.

"This is an unusual, perhaps unprecedented, time for the protein industry. In my 39 years in the business, I've never seen an event that has the potential to change global protein production and consumption patterns as African Swine Fever does."
Noel W. White, President, Chief Executive Officer & Director, Tyson Foods, Inc.

The virus continues to spread to other countries. It is reported that Vietnam has culled more than 1.3m pigs in a country where pork accounts for 75% of total meat consumption and where most of its 30m farm-based pigs are consumed domestically.

The impact of ASF is potentially severe, with the UN Food & Agriculture Organization suggesting that the previously strong growth in global meat supply is now falling for the first time in 20 years.

The importance of pork as the main source of protein in China cannot be overstated. If you see the single Chinese character for ‘meat’ on a restaurant menu (肉), more often than not it will be assumed to be pork. While these days pork is not the default meat, pork consumption still occupies more than 60% of total meat consumption in China and the country consumes around half of the world’s pork. To put this in perspective, the global annual pork trade is only equivalent to about two months of Chinese consumption.

The significance of pork is also demonstrated by China’s unique official strategic pork reserve, a giant stockpile of frozen pork, which aims to counter price and demand/supply fluctuations. Inventories are reported to now be at 20 year lows.

We believe that due to the severe impact of ASF, China will need to import more pork, beef and poultry to fill the shortfall. Meat prices are likely to rise globally. The impact is likely to be later in 2019 and into 2020 as protein supply contracts are renewed.

As the world’s most populous country, China places a high level of focus on food security. Chinese consumers spend a large proportion of their income on food which makes it a major component of the consumer price index and therefore politically sensitive.

Poultry is poised to potentially benefit the most from a switch to alternative sources of protein. The key reason for this is that poultry producers can respond more quickly than the longer lead-time beef industry. Global trade will be redirected to China, potentially causing shortages in other markets. The US Department of Agriculture expects China’s pork imports to rise 41% this year.

Potential negatives for some companies include weakening demand for grains and oilseeds used for animal feed. Demand for crops such as corn and soybeans may be negatively impacted. Soybean prices have been under pressure because of the trade tariff tensions between the US and China, although recent widespread flooding events in the US have led to a recovery in soybean prices.

Whey powder exported by dairy companies to China in large quantities for piglet feed may also be negatively impacted.

Agriculture comprises a third of the Janus Henderson Global Natural Resources Fund’s (Fund) benchmark (S&P Global Natural Resources Index). Represented companies include animal feed, crop protection, seed technology, fertiliser, agricultural trading and, of course, protein producing companies. One of the largest agricultural companies and the largest protein producing holding across the Fund is Tyson Foods (NYSE:TSN). Tyson Foods is a US-based protein company with US$40bn in sales in 2018, and a market capitalisation of USD$30bn. In an average week the company produces an extraordinary 37m chickens, 133,000 head of beef, 408,000 head of pork and 30m kilograms of prepared foods4. With the potential for lower animal feed demand from China, resulting lower prices for feed could see input costs reduced for companies like Tyson.

The outbreak of ASF is a rapidly evolving situation, with no cure beyond culling whole herds where infection has been detected. This has the potential to shape protein market dynamics for a long period of time and may also accelerate support for vegetable-based protein sources.

David Whitten is Co-Head of Global Natural Resources and a Portfolio Manager at Janus Henderson Investors. He has 35 years of natural resources experience.