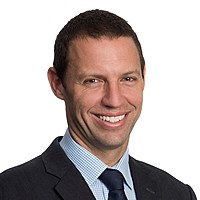 Ampol is a new position we established in the Firetrail High Conviction Fund. It may not be immediately recognisable as an ASX-listed company – this is because it rebranded from Caltex in May 2020 following the termination of the licencing agreement with Chevron.

The company is an attractive investment for three reasons:

1) Ampol’s retail business operates in a highly rational competitive environment that is undervalued by the market.

Ampol screens cheap vs global petrol convenience peers. While there are business mix differences across the companies listed below, even after adjusting for this Ampol still looks at least 25% cheap on headline metrics.

This could be attributed to underwhelming execution in previous years, particularly in the Convenience Retail division, but we believe the earnings outlook is now improving, driven primarily by better fuel margins and lower operating costs.

Fuel margins expanded during the onset of COVID as the oil price collapsed and industry pricing was held up to compensate for the negative fixed cost leverage caused by lower volumes. As oil has recovered, pricing has again been slow to adjust, driving fuel margins down from high teens to close to 10%, a level we believe will not be sustained given:

Ampol has also conducted a considerable re-shaping of its network in recent years, shifting from a franchise model to largely corporate-owned stores, closing marginal sites, extracting costs, and gradually rolling out Woolworths Metro sites. We remain wary of execution risk given the problems this division has encountered in the past, but believe management actions will be more closely aligned to shareholder interests going forward.

Earnings to improve materially through reopening

Ampol also operates the leading position in transport fuel infrastructure. They own import terminals, pipelines, tanks and other critical infrastructure, and sell fuel to miners, airlines, petrol retailers and other wholesale customers.

Through COVID, volumes associated with mining and domestic customers (ex-airlines) proved to be relatively resilient. However given fixed cost leverage and the substantial decline in jet fuel, EBIT for the Fuels & Infrastructure division fell by $100m or ~30%. We expect this to be recovered over the next 2-3 years as jet fuel picks up (currently still 60% down on pre-COVID levels) and growth in international businesses in NZ and the Philippines continues.

Ampol over time has had a good record of returning capital, with three off-market buybacks announced over the past six years. There is a reason to believe capital returns are going to be higher over the next few years driven by a recent deal on the ageing Lytton refinery.

The Government’s willingness to ensure Australia has secure domestic fuel supply led to the announcement of a generous support package for Lytton in May. The key elements of the package are:

Importantly, Lytton’s improved return profile has led to a revised gearing target range for Ampol of 2.0-2.5x, raised from 1.5-2.0x. Given our estimated CY21 gearing of 1.2x, we believe further capital management will be the subject of active Board discussions over coming periods.

Ampol is a position held in the Firetrail High Conviction Fund. Find out more about the Fund here:

Get investment ideas from Blake Henricks when you sign up to Livewire Markets.