An emerging player in a growing industry 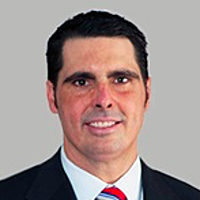 The Death Care industry in Australia remains highly fragmented outside of Invocare which has ~33% market share under the core brands of Simplicity, Guardian and White Lady. In this wire, we look at Propel Funeral Partners, which owns and operates a network of funeral businesses throughout Australia and New Zealand.

Since its inception in 2012, Propel (ASX:PFP) has grown through acquisition and is now the second largest operator in the industry with ~5% market share.

We view the industry as highly attractive given its non-cyclical nature and due to the structural tailwind of an ageing population. The death rate is currently increasing at 1.4% p.a. and is forecast to increase to 2.2% p.a. by 2025.

Propel has retained a strong balance sheet since its IPO in November 2017. As at the end of FY18, Propel had net cash of $28 million and also has a $50 million undrawn bank facility with which to fund future acquisitions. Of Propel’s 108 locations across Australia and New Zealand approximately half are freehold properties and valued at cost on the balance sheet at $57 million as at the end of FY18.

We also have a positive view of management who have significant industry experience. Prior to establishing Propel, they played a significant role in operating Bledisloe, a large funeral provider, which was sold to Invocare in FY11. Management remains heavily invested in Propel, holding 20% of the company.

In our view, the share price has come under pressure over the last six months for two main reasons.

Whilst a weaker death rate can impact near term earnings, as investors we are happy to take a longer-term view. Consecutive year on year declines in the death rate have only occurred once in the last 27 years and hence it’s likely there will be a recovery in volumes in 2019.

The second reason why we feel the stock has come under pressure is that investors are worried about increasing competition for assets following Invocare’s move to start acquiring regional funeral businesses. As the industry remains highly fragmented we feel as though there’s enough opportunity for Propel to continue to find attractive acquisitions.

Further, Propel are looking to acquire more Metro based businesses and in many Metro areas Invocare are prevented from any further acquisitions due to their existing market share.

We have had a small position in Propel for some time and have used the recent share price weakness to add to the position.

Stay up to date with the latest news from Perpetual by hitting the 'follow' button below and you'll be notified every time I post a wire.

Want to learn more about Perpetual's Microcap capabilities? Hit the 'contact' button to get in touch with us or view more of our insights here

Jack is the Portfolio Manager for the Perpetual Pure Microcap and Smaller Companies Funds and an Analyst. Jack joined Perpetual in November 2001 as an Investment Administrator and Equity Dealer. After four years he moved into an Analyst role,...

S
Sam Levy
1st Feb, 19
Thanks Jack for your insight! With IVC and PFP jumping ∼20% and ∼15% respectively YTD, has there been an industry wide catalyst (eg. regulatory change) for this movement as the wider market has risen only ∼4% in the same time? Also, do you believe there is a case to hold both stocks?
M
Mark Southwell
6th Feb, 19
Thanks too Jack. I'd be interested in ur thoughts on the external management structure, and its impact on the business and value. This is what has turned me off this business despite some of the positives you mention.

Get investment ideas from Jack Collopy when you sign up to Livewire Markets.