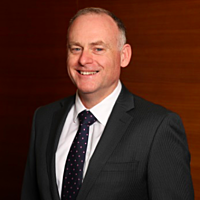 It’s natural at this time of the year for investors to stick their heads up above the parapet, reflect on the wins and losses of 2018 and start mapping out expectations for the coming year. With markets taking on a distinctively bearish tone since September, it is all too easy to focus on the negatives.

There will be a lot of newsprint, I imagine, that will espouse the end of the equities boom, and forecast continued doom and gloom in global markets. In early September I wrote we were approaching the peak for equities as indicated by the bond market. Since then shares in developed markets fell by more than 10%, which is the accepted definition of a correction, before recovering somewhat. But I also said we were actually mildly positive for 2019. We maintain that view, which is now underpinned by better value in equities.

So what needs to go right for our view to prevail? We have identified six key factors which may extend the global cycle this year.

Growth momentum in advanced economies seems strong enough to extend the cycle into 2019 and beyond. The more important question for markets is whether inflation will remain as benign as it has been. Overall, we expect inflation to remain under control. If inflation rises significantly more than markets currently expect, then the US Federal Reserve (Fed) will be more aggressive in raising rates. The resulting increase in bond yields will see equities and other risk assets decline substantially. Barring an unlikely surge in productivity, wage growth will be the key driver of inflation.

USA – Wages Are Growing as the Unemployment Rate is Falling, Will Inflation Overshoot? Gyrations in the US dollar (USD) tend to destabilise the world economy and financial markets. USD strength, as seen in the first half of 2018, can put severe strain on economies that require cheap dollar funding, such as emerging markets. Significant USD weakness puts pressure on export champions, such as Germany and Japan as they become less competitive. It also raises the spectre of inflation as commodity prices tend to rise sharply in response to a weak USD. The best of all worlds is a fairly stable USD. With Fed tightening well advanced, and the European Central Bank as well as the Bank of Japan gradually catching up, the probability is high that the USD will remain stable in 2019.

US trade policy is putting considerable strain on China. The USA recently renegotiated trade agreements with Mexico, Canada and South Korea, and de-escalated trade tensions with Europe. In contrast, the US trade stance towards China has hardened and could harden even further. China’s patience is thus likely to be additionally tested. If its policymakers proceed cautiously, as in 2018, risks of instability should be limited and the expansion can be extended. However, aggressive currency policy, credit easing or foreign policy, would be destabilising. Our base case is that the tariff war is resolved one way or the other. But if it isn’t, China has the foreign reserves and policy tools to stimulate the domestic economy to counteract at least some of the impact of an extended trade skirmish with the US.

Chinese HSBC and Official Manufacturing PMI Point to Slowdown at Factory Gate, But Government Has Firepower to Stimulate the Economy Eurozone growth is expected to remain above potential in 2019, thanks in part to continued loose monetary conditions. We expect political stresses to calm down to some extent, despite recent events in France. Even though it looks increasingly challenging for Theresa May to secure a successful Brexit deal, we still believe that a soft Brexit deal is more likely than the UK exiting the EU without a deal. The eventual exit of Britain from the European Union (EU), slated for 29 March 2019, should not do much harm to either side if it is handled wisely. Unfortunately, the likelihood of an exit without a working agreement is now higher, and the impact of that is an unknown. In Germany, the ongoing political realignment is unlikely to cause instability, as the influence of the extreme parties remains limited. Meanwhile, we believe that Italy and the EU will ultimately find a compromise over the country’s budget deficit while reaffirming Italy’s euro membership.

Emerging markets (EM) entered the financial crisis with fairly healthy balance sheets. After 2008, cheap USD funds seduced EM, especially corporations, to substantially boost their foreign currency borrowing. Yet with the costs of USD liquidity rising in 2018 as a result of a more hawkish Fed, stresses emerged and some EM currencies suffered severe setbacks. At the end of 2018, there were indications that internal and external balance was being restored, in part with the support of the International Monetary Fund. If that process continues in 2019, EM can recover and global investors would benefit.

Technology stocks have been the dominant driver of global equity markets in the past decade. The MSCI World IT sector has outperformed the overall market by approximately 200% since March 2009. Social media, online shopping and ever more elaborate hand-held devices have taken the world by storm. An important question for investors is whether growth in this sector will remain this strong, with the emergence of new areas of focus such as virtual reality and artificial intelligence. A second key sector that is likely to influence the fate of equity markets is healthcare, with investors keeping an eye on gene therapy and other innovative treatments.

So what does all this mean for Australia?

An extension of the cycle and Chinese resilience are both positive for commodities and therefore also for Australia. But growth in the export sector is likely to be counterbalanced by weaker housing, a pressured consumer and low credit growth. The recently published annual GDP growth figure of 2.8% was disappointing and the market is expecting the RBA to sit on its hands for another year. In fact, the RBA said it could cut rates and even conduct quantitative easing if it had to, something that hasn’t been mentioned for a long time.

While we remain optimistic about 2019, the best way to cope with this uncertainty is a multi-asset class portfolio. We are suggesting to our clients to bias portfolios marginally to equities, but if we are wrong, an allocation to bonds, commodities and absolute return orientated investments will buffer any downside.

S
SR V
22nd Jan, 19
You have to be really optimistic to expect a lot of those issues to fall in favour of risk assets.