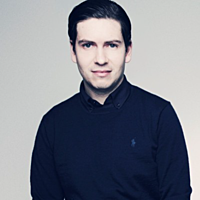 Animoca Brands (“Animoca”) is a venture capital like firm with a broad portfolio exposed to web 3.0 dynamics and in particular: blockchain gaming and decentralisation applications. Recently delisted by the ASX, the shares have exploded higher in the private markets, recently valued at over A$5bn. Part of the reason there is an opportunity here, is because there is limited official information. Our analysis relies on industry research, proprietary information and some deductive assumptions.

Web 3.0 can be defined as the decentralisation of the Internet with the use of public blockchains. We believe that the broader gaming demographic indicates a skewing towards this decentralized view of ownership, predicating a widespread adoption of non-fungible tokens (NFTs).

As a broad measure of adoption, the cumulative volume of NFTs traded increased from <US$10m prior to FY20 to upwards of US$13bn in 3Q21. We expect a prompt adoption of such technology into the industry over the next few years. We note that Visa has recently named a head of cryptocurrency.

The true value of the underlying technology remains opaque due to the media’s focus on price movements of individual tokens. Such misperception provides an opportunity to capitalise on a fast-growing industry, currently mispriced due to use of traditional fundamental valuation metrics.

The broader cryptocurrency and digital asset market contain a variety of sectors, each with different growth profiles, and each at different life cycle stages. As a more comprehensive measure of growth, the following multiples represent increases from June 2021 to November 2021 in the turnover on Animoca’s invested platforms. VP Capital believes the broader industry’s strong historical growth provides a robust foundation for forward growth in Animoca’s revenue.

Animoca has two divisions: owned and developed and venture capital.

Since seed funding in 2011, Animoca has primarily acted as a software developer, specialising in mobile games. These games are highly accessible and designed for mass market appeal.

Equity Investments: Since 2018, Animoca increased its investment in blockchain-based technology across a range of sectors. The portfolio includes some of the highest rated and fastest growing projects in the ecosystem. Animoca typically invests at the game developer level, resulting in equity interest.

Tokens: Animoca, directly and indirectly, owns cryptocurrency tokens that are publicly traded. For example, the developer of Sandbox, Pixowl, is entitled to 20% of the SAND tokens over time. As Animoca owns a majority of Pixowl’s equity, it is entitled to the SAND token on a consolidated basis.

Animoca’s early focus on the hypergrowth blockchain gaming industry has yielded exponential revenue growth since the industry’s mass adoption in 2019. The company’s reported unaudited revenue of A$882m, for the 9 months ending September 2021. We attribute this growth to their early-stage investment in tier 1 assets, focus on the blockchain gaming industry, and the forward-looking, focused, and passionate management team.

Animoca has a variety of fast-growing and profitable investments.

It is likely that gaming, NFT and blockchain application volumes are correlated to Bitcoin and Ethereum prices, among other coins. Therefore, a sustained drop in price and volumes traded of these cryptocurrencies will likely see a reduction in the usage of Animoca’s applications.

While we believe Yat Siu to be a visionary leader in this space, there is a risk that the growing ownership of venture capital investments, along with managing an in-house game developer, will stretch management’s time.

Given the growth in the broader blockchain market, we don’t view this risk to be probable. That said, the more popular applications (such as Sandbox) are subject to emerging competitors offering a differentiated product.

We believe there is a material variance between the current share price and the operating performance of the company and broader industry.

Tom is a co-founder of VP Capital and brings over 10 years’ experience in the investment banking sector from Goldman Sachs, UBS and ANZ, where he worked on over A$10bn of transactions. Tom is currently a Portfolio Manager of VP Capital Fund I.

R
Roger Watson
23rd Dec, 21
Thanks Tom, sounds like a great addition to your portfolio.

Jerome Lander
24th Dec, 21
Good write-up - Animoca has had some stellar business achievements and is a very impressive exposure to the space which still seems very - if not extremely - undervalued at the new raising price.

Get investment ideas from Thomas Lambeth when you sign up to Livewire Markets.