Asaleo Care – can boring be attractive? 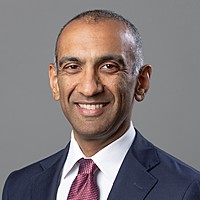 Over the last year, we have noticed a market with two segments. In one segment, stocks that show or just promise growth have been disproportionately rewarded, while the other ‘boring’ segment has discounted stocks that have less exciting, declining or uncertain prospects. It should come as no surprise, then, that we have found opportunities in the ‘boring’ segment of the market. This Quarterly Commentary focuses on one such company: Asaleo Care.

Asaleo Care is an Australian and New Zealand manufacturer of paper-based products, primarily tissue paper, paper towels, tampons, sanitary pads and incontinence products. The company has a long history in both countries, with many of its brands being household names (see Figure 1).

Figure 1: Some of the brands operating under Asaleo Care

The company’s revenues of just over $600m are split ~70% tissue and ~30% personal care, while earnings before interest, taxes, depreciation and amortisation (EBITDA) has historically been split more evenly between tissue and personal care.

For a boring company that makes everyday essentials, the company has had an eventful recent history. From 2004 to 2012, the company was owned by SCA, a Swedish paper company, which went on to sell 50% to an Australian private equity firm. Just two years later, the company was floated to the public at $1.65 per share with the private equity firm selling out completely. SCA retained its stake, but it was diluted to 32% as a result of new share issuances to pay down debt. As is often the case when private equity sells out in an initial public offering, the company’s share price has underperformed since listing and is now at a level where we believe the risks and rewards are more attractive relative to the market as a whole.

Investment opportunities often present themselves when something has gone wrong. In Asaleo’s case the market appears to be worried about a range of issues, with this uncertainty heavily weighing on the share price. Issues include:

These issues have resulted in the company’s revenues and operating profits falling relative to their pre- and immediately post-IPO levels. This is depicted in Graph 1. The company’s revenues have fallen from their peak in 2014, while profit margins before interest and tax increased from 13% to 19% at their peak in 2015. Since then, margins have fallen three percentage points. Despite spending $100m on a share buyback since listing, earnings per share have also declined.

With this has come increased selling pressure from passive funds and index huggers alike (for long-term active investors like us, this is often manna from heaven).

But Asaleo’s problems don’t end here. Two other bigger-picture concerns are worth noting:

Is the bad news priced in?

We believe there is always a price at which a company’s future prospects are sufficiently discounted to make investing in that company attractive.

If a company earned $10m per annum, but its prospects were dire over the medium to longer term, and we were offered the whole company for $1 (in total!), it would be hard to pass it up. We could repeat that thought experiment at offer prices of $1m, $10m and so on, but at some point we would of course say no. Price relative to a business’s earnings prospects is everything.

In Asaleo’s case, the market capitalisation of the company is $462m and net debt is ~$310m, meaning that the enterprise value of the company is $772m. This is after a very disappointing and significant downgrade post quarter-end (and after this Quarterly Commentary was first written).

The company has now guided to cash flow before interest and tax, excluding some restructuring costs, of ~$50-55m assuming capital expenditure is around $30m, which is likely to be somewhat conservative. At the midpoint of the range, this puts the company on 14.7 times cash flow before interest and tax, a small premium to the average multiple in the market, excluding the banks.

Many of the strongest contributors to the fund have historically been those we have bought on higher multiples of low earnings, and Asaleo’s earnings may well be low. Given most of the bigger competitors to Asaleo Care also manufacture in Australia, much of the cost imposts Asaleo feels this year should eventually be passed on to consumers if competition is rational, as all competitors will be feeling the pain.

The company has also planned further cost-outs at some of their plants. Meanwhile, the profits of the professional division, which sells toilet paper and napkin dispensers to office buildings and quick-service restaurants, among other clients, have continued to build.

Competition in this space is less fierce and Asaleo is well placed to capitalise on this using their existing sales force.

We believe there is relative value in investing in Asaleo today and it now represents ~1% of the Australia Equity Fund strategy. Sometimes boring can be attractive.

Suhas joined Allan Gray as an analyst in 2011 and has been a portfolio manager since 2016. Prior to this, Suhas spent five years at McKinsey & Co, leaving as an engagement manager. He has a Bachelor of Science with Honours from the California...