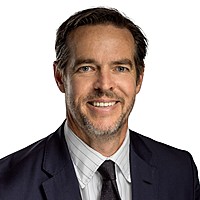 Our world is becoming more convenient. From heaters you can turn on from your phone, to fridges that can tell you when they need refilling and cars that help you drive: the world around us is rapidly evolving to provide greater interconnectedness and convenience all underpinned by remarkable advances in technology. These advances are about to take another significant step forward as 5G, Artificial Intelligence (AI) and high-performance computing facilitate applications as advanced as fully autonomous driving.

At the heart of these technological advances are semiconductors. Semiconductors provide the decision-making capabilities for modern electronics, and the explosive growth in data and computing power dictates the need for these semiconductors to become increasingly powerful. However, this increase in power cannot come with a greater size as devices must remain small enough to remain useful.

This is where ASML comes in. ASML is at the cutting edge of the cutting edge as it creates the machines that sit at the front-end of the semiconductor manufacturing process. Through a process called lithography, ASML machines use ultraviolet light to print tiny features that form the basis of the microchip. Advances in ASML machines allowing these printed features to get increasingly smaller allows semiconductor technology to continue its march forward.

Due to the incredible complexity and investment required to replicate what ASML does, they enjoy a powerful market position. There are only a handful of global players in the lithography market, and ASML is estimated to hold >60% share. ASML have been progressively increasing their market share over the last decade due to their focus on developing the best technology and pricing according to productivity gains. Importantly, in terms of the most advanced lithography systems (referred to as extreme ultraviolet machines or EUV’s), ASML is out on its own as peers have struggled to make the breakthroughs required to be successful in this area. As such as the demand for technological advances intensifies, ASML’s market position becomes even stronger.

The remarkable capabilities and market position of ASML are evident in their financial metrics. Revenue has been growing at 17% p.a. for the past five years and the return metrics have been outstanding, with Return on Equity (ROE) above 25% and Return on Invested Capital (ROIC) above 30%. These return metrics will strengthen further given the current momentum in the business.

2021 is shaping up as another excellent year for ASML, with revenue expected to grow +30% and earnings to lift 40-50% as demand for ASML machines continues to remain strong.

In terms of valuation, ASML is not cheap. The business currently trades on 42x PE CY21 so we need to have confidence that the growth and returns flowing from ASML will continue over the medium term to justify such valuation metrics. On this front we look to capex expectations for ASML’s key customers as an indication for ongoing demand as the top three customers (Taiwan’s TSMC, South Korea’s Samsung and US based Intel) account for more than 70% of total ASML revenue.

On this front the outlook remains extremely promising as TSMC, Samsung and Intel have all recently announced significant lifts in intended capex spending for the coming years. TSMC have announced an intention to lift capex to $30 billion in 2021 (from $18 billion in 2020), Samsung announced a 30% lift in capex intentions out to 2030 with a projected total spend of US$150 billion, and Intel have announced a program that will see them move further into building their own semiconductors using ASML technology. As such the medium-term outlook for ASML remains bright.

ASML is an exceptional business with a differentiated competitive position within an industry undergoing secular growth. Not many companies in the world can do what they do, and the future digitisation of the world relies on ASML capabilities to underpin future development.

As a boutique, active, core equities investment manager, our aim is simple and effective: to identify opportunities across market cycles and invest in quality, undervalued companies with underestimated forward earnings expectations. Find out more here