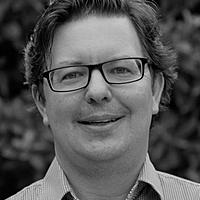 The semi-annual ASX reporting season inevitably presents surprises, disappointments and opportunities. Investors, analysts and shareholders will have their own expectations regarding the results to be reported, and companies will either beat, miss or fall in line with these expectations. Reporting for the half year ended 31st December 2016 started recently and runs through until the end of February, with the potential for more surprises, disappointments and volatility than usual.

The six months to 31 December 2016 saw two large political events play out – the Brexit vote and the US election. These significant events have impacted sentiment and business decisions in the UK and the US, two of the major developed global economies, and have resulted in exchange rate and general market volatility.

Growing global companies are particularly exposed to these dynamics, with two ASX listed mid-cap companies, Servcorp  (ASX:SRV)  and Aconex  (ASX:ACX),  recently substantially downgrading their profit expectation in part due to this global macro uncertainty. This followed Brambles  (ASX:BXB)  downgrading expectations on the back of operational weakness in America. The fact that both SRV and ACX downgraded their forecasts after having just provided more positive guidance in late 2016 illustrates the difficulty in forecasting earnings for global businesses with many moving parts, and also perhaps suggests a degree of management over-confidence in their previous forecasting.

In addition to the issues in Europe and the United States, China continues to present challenges as the well publicised Bellamy’s  (ASX:BAL)  downgrade highlighted.

Closer to home, challenging retail conditions have seen downgrades to date from large national retailers, Oroton  (ASX:ORL),   Shavershop   (ASX:SSG)  and  Adairs    (ASX:ADH).  The market is currently unforgiving in relation to any such downgrades, particularly against a backdrop of general rotation away from small caps into large caps, and a de-rating of stocks on high multiples. The real challenge for investors during the upcoming reporting season will be to avoid exposure to such downgrades and guidance misses, particularly at the smaller companies end of the market.

DMX Capital Partners’ smaller companies’ portfolio is heavily weighted towards Australian businesses with Australian customers with tailwinds behind them. These companies, for the most part, have limited exposure to most of the global issues at play and fewer ‘moving parts’ for the market to potentially worry about. Generally, these are businesses which are coming off a strong first half of calendar 2016 and have provided positive updates at their recent annual general meetings. We enter the H1 reporting season hopeful this strong business momentum will continue across the portfolio.

Examples of Australian focused businesses with strong tailwinds from the DMX Capital Partners' portfolio include:

• Debt collector Pioneer Credit Limited  (ASX:PNC)  advised at its AGM that it was excited about the way in which FY17 had commenced and that another year of high-quality growth was underway. At its AGM, PNC reiterated its guidance for the full year of statutory NPAT of at least $10.5m. Since its AGM PNC has advised of further portfolio purchases and executed an increased debt facility.

• Paragon Care Limited  (ASX:PGC),  a leading provider of consumables and equipment to hospitals and aged care facilities, advised at its AGM that it had enjoyed a strong start to FY17. Strong growth was being delivered across key financial metrics. In the first quarter of FY17, the company’s EBITDA on a like for like basis was up 12% over the prior corresponding quarter. PGC reaffirmed expectations of strong earnings growth for FY17, with FY17 being the first full year of earnings capture from it 2015 acquisitions.

• Property fund manager, and property management company, Blackwall Limited  (ASX:BWF)  announced the completion of a number of capital raisings and other transactions across the funds it manages during the second half of 2016, which will provide BWF with additional fees, and increase its funds under management into 2017. BWF also continued the roll-out of its shared work space business ‘Wotso’ during the period, noting at its AGM that its annualised turnover had more than doubled to $5.5m since June 2015.

Given the market’s propensity to punish poor performers, even more so than usual, this reporting season is likely to be more about avoiding the losers than picking the winners. Accordingly, at DMX Asset Management we continue to focus on the downside potential of stocks and invest in companies that trade on undemanding multiples and where expectations are low.