BHP remains in an upgrade cycle 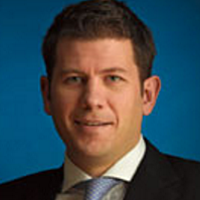 Our bullish view on resources remains intact, and our conviction on BHP Billiton Limited (BHP) has grown as we move into a more reflationary environment, coupled with a backdrop of the strongest period of synchronised global growth in nearly a decade.

Resources tend to perform best in the later stages of economic cycles as equity bull markets mature. The US Federal Reserve is in the stages of a tightening interest rate environment leading to rising long bond yields and building inflationary expectations. Commodity prices act as a natural hedge against inflation, setting the scene for strong performance.

Since the 1970’s there have been four major periods of rising interest rates and rising bond yields during which resource share prices and PE ratios have re-rated strongly. In fact, on each occasion, BHP’s PE has re-rated to a premium of between 50% and 100% to the broader market.

Currently, BHP trades at a slight discount to the market at a PE of 13.8x 2018 earnings. We believe this discount will unwind and move to a significant premium as investors' confidence improves on the sustainability of recent strength in commodity prices. We believe the longer spot prices persist, the more likely the sector will re-rate.

BHP offers compelling valuation support at current levels and will benefit from continued consensus earnings upgrades that still reflect below spot commodity prices. BHP has significantly reduced its cost base and is well positioned to further optimise their existing asset base to increase production from their existing infrastructure at a lower cost.

Concerns of a trade war between the US and China, which our analysis suggests will only have a minimal impact on both countries GDP based on what has been announced, recently provided a good opportunity to buy on weakness.

A major short-term catalyst will be the sale of US onshore shale oil assets. A price in excess of US$10 billion is not unrealistic and our sources point to over 40 parties having entered the data room to conduct due diligence on the assets.

Given recent oil price strength, contested bidding cannot be ruled out. In our view, this outcome is likely to have a material positive share price impact as it removes a cash consuming non-Tier 1 asset and allows BHP to return surplus capital back to shareholders.

All the evidence is there that BHP remains in an upgrade cycle.

Nick is Senior Portfolio Manager for K2 on stock selection within both the Australian ARF and Asian ARF. He previously held roles within Macquarie Bank, BT Alex Brown and JM Financial Group. Nick holds a Bachelor of Economics and Finance from RMIT.

Get investment ideas from Nicholas Leitl when you sign up to Livewire Markets.