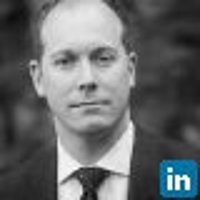 (Bloomberg) -- BHP Billiton, the world's biggest mining company, raised $5 billion in its first sale of U.S. dollar-denominated bonds in 19 months. The coal and iron ore producer's finance unit issued $500 million each of three-year, floating-rate notes to yield 25 basis points more than the three-month London interbank offered rate and 2.05 percent, five-year debentures to yield 70 basis points more than similar-maturity Treasuries, according to data compiled by Bloomberg. It also sold $1.5 billion of 3.85 percent, 10-year debt at a relative yield of 125 basis points and $2.5 billion of 5 percent, 30-year securities at a 130 basis-point spread. The banks running the issue received circa $25 billion in orders for the deals. The new 10 year bond traded 7 basis points tighter on the break, while the 30 year closed 8 basis points tighter.

Orlando joined Hermes Fund Managers in 2010, and is responsible for structured credit solutions.

Get investment ideas from Orlando Gemes when you sign up to Livewire Markets.