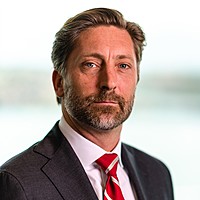 One standout result this week was from Australian natural body, hair and skincare branded product developer BWX Ltd (which owns the well-known Sukin brand), which reported a Net Profit After Tax (NPAT) increase of 30%. This was an excellent result from the Company, which has been plagued with poor investor sentiment in recent times over concerns related to its China growth trajectory. Recent well publicised issues at other Australian based but China focused consumer companies, such as Bellamy’s Australia, meant that the market had lost sight of the extremely strong domestic franchise the Company has developed here in Australia. BWX recorded Australian sales growth of almost 50% when compared to the prior corresponding period, which was well beyond market expectations and cements the company as a clear number 1 in the pharmacy skincare category. BWX’s international business (including sales to China) also grew an impressive 115%, and while sales in dollar terms remain small when compared to its domestic operations, the offshore sales opportunity remains compelling, and a potential driver of large sales and earnings growth in the future

Get investment ideas from Julian Babarczy when you sign up to Livewire Markets.