Can gold stop a speeding train 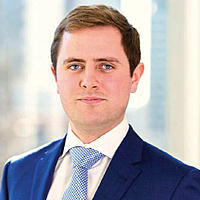 Can gold stop a speeding train? I think not. I am of course speaking in relation to CBA and in some respect the banking sector as a whole. Recently, after much deliberation, Shawn Hickman of Market Matters and I made a wager for a steak lunch. My champion CBA, his NCM, the winner, whichever increases the most (or falls the least) on a percentage basis from the 6/11/14 up until the 30/1/15. Although I do agree last year NCM outperformed CBA, I believe the market is now a different beast. The markets continued thirst for yield is caused by two major factors, frequent income and a lowered risk tolerance, both of which are accommodated for by CBA. This, when combined with my view of a market rally up until the middle of January next year (CBA being a much larger percentage of the index) leads me to believe I will be chewing on very juicy steak courtesy of Shawn Hickman from Market Matters.

James Marlay
24th Nov, 14
Karl - can we get a chart with a progress update?

Get investment ideas from Karl Goody when you sign up to Livewire Markets.