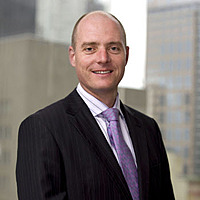 March was a tough month for investors with equities, bonds, credit and even some haven currencies selling off dramatically. Global equities fell over 6%, US 10-year treasury futures fell 5.5% and the yen fell over 7% against the USD over the month. Most of the drop in risk assets was due to the escalating conflict in Ukraine and the inflationary impulse emanating from the resulting commodity squeeze. With global bonds delivering the worst quarter on record, these moves served as a reminder of how the equity-bond correlation cannot always be relied upon and can turn quite positive during inflationary regimes. However, as the market became less fixated on the conflict, global equities staged an impressive rally, gaining over 10% trough to peak, ending the month up 1.9% in USD terms.

Markets appear to have discounted the Ukraine conflict and are instead expecting above trend global growth and the continuation of strong earnings from corporates. While the conflict in Ukraine increases the risk of potential black swan events, the key from a macroeconomic perspective is persistently high inflation and an increasingly aggressive global monetary tightening cycle.

The markets appear to believe central banks can engineer a soft landing, despite the significant challenges in doing so.

Inflation remains stubbornly high across the world. US CPI has hit 7.9% year-on-year, the highest since the 1970s and even Europe has seen inflation rise to 7.5%. The US Federal Reserve has clearly signalled the desire to tighten monetary policy to rein in inflation and markets are pricing in a cash rate of 3% by the end of the year. From a liquidity perspective, the US shadow Fed Funds rate has already tightened by 2% (from -1.85% to +0.2%) and that’s before the Fed embarks on aggressive balance sheet reduction.

Not only does this put downside pressure on growth and the likelihood of a hard landing, but inflation also tends to erode company profits and reduce margins. We are already starting to see increasing wages and input costs in the US and margins are already at all-time highs. US corporate profits as a percentage of GDP (both pre- and post-tax) are at the highest levels of the past 50 years. While consumer balance sheets are in excellent condition, real wages have collapsed and with that, consumer confidence has fallen. Our indicators do suggest rising recession risks in US. With the economy slowing and the Fed slow to react and now likely to hike rates aggressively, the risks around derailing the economy are not insignificant.

While some value is starting to emerge in government bonds, we believe it is too early to add back in any meaningful manner. Inflation remains a problem, and central banks have only just started their hiking cycle.

Credit based assets have generally widened as credit risk premia moves from tight valuations. Dispersion is emerging across different assets and geographies, however the macroeconomic backdrop means we remain underweight and prefer high quality assets. Credit is not pricing in a meaningful rise in default rates or rising recession risks, hence we remain defensive and patient as pressure on credit spreads may continue. We have already reduced exposures to Asian credit, emerging market sovereign bonds, global high yield and securitised credit and may reduce further if risks continue to rise. We are holding elevated levels of cash which is liquid and defensive and relatively attractive when bond yields are rising and credit spreads are shifting wider.

Given the growing risks of an economic slowdown, central bank tightening and inflation, we remain defensive and patient. With zero duration, reduced levels of credit and high levels of cash we are focusing on capital preservation as we move through this adjustment phase. Once markets rebase to a level where we believe the risk to reward is more in our favour, we will look to position the portfolio more constructively to take advantage of opportunities as they emerge.

Mihkel joined Schroders in June 2003 and is responsible for Schroders absolute return fixed income strategies including the Schroder Absolute Return Income Fund and also has a focus on credit portfolio management. He is also a Co-Portfolio Manager...

Get investment ideas from Mihkel Kase when you sign up to Livewire Markets.