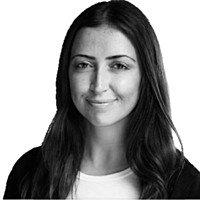 In investing, a ‘moat’ commonly refers to a company’s ability to maintain its competitive advantages to protect its long-term profits and market share. Elon Musk thinks that “moats are lame”(1) and ripe for disruption, however, for ‘commodity’ products such as internet and television distribution, a moat can be crucial.

In the case of Charter Communications (NASDAQ:CHTR) in the United States, the company dug their own moat and laid cable in it. Charter is the second largest cable company providing 27 million households (out of the 50 million households ‘passed’) with broadband internet, television and telephone services.

Charter is a toll-road on the internet highway and is the major broadband provider in most of the regions that it operates giving the company a monopoly-like structure and ability to raise prices an average 5% per annum, which doesn’t sound very “lame” to us.

Charter is often classified as a television company yet it should really be considered a broadband business.

We estimate broadband makes +50% EBITDA margins compared to the 30% margin for the whole business. Television is less profitable due to high programming fees that have grown from 28% of cable TV revenues twenty years ago to almost 65% in 2017, with content providers demanding more of the pie every year.

The company trades cheaply due to negative views on the recent trend of ‘cord cutting’ whereby customers end their cable TV contract and rely on streaming content over the internet. However, in the US, television and internet travel over the same cord and this (renamed) ‘television cutting’ trend is advantageous to Charter. The company not only makes more money per month on internet-only packages due to not having to pay the rising programming fees, customers also use 2x more internet data when they cancel their television package.

In May 2016, Charter (at the time, the fourth largest cable business in the US) acquired Time Warner Cable (the second largest) and Bright House (the tenth largest) for a total of $90.4 billion. Following the acquisition, Charter has a material debt load which, we think, is appropriate for a company with recurring revenue streams and we view Charter as a ‘public LBO’ (leveraged buyout).

The newly combined Charter created an effective duopoly with the largest cable business, Comcast. The negligible footprint overlap between Comcast and Charter, however, means that the two rarely compete directly. The friends-more-than-foes have even recently made an agreement to build out a mobile network together using their expansive Wi-Fi hotspots and a MVNO with Verizon, which has the potential to make them formidable competitors in the mobile wireless space.

Competition against other broadband businesses is limited. Telephone companies typically have inferior speeds to cable, and satellites, also slower than cable, tend to be unreliable against weather and network interruptions.

Charter’s moat also protects against the threat of new entrants which would require enormous up-front investment with limited levers to persuade customers to switch other than price. Google, arguably one of the wealthiest most powerful companies in the US, attempted to compete with the cable businesses in 2010 and lay their own fibre. After six years, billions of dollars in capital expenditure and attracting only 500,000 subscribers, Google put all fibre plans on hold and fired 1,500 people, validating the strength of the “lame” moat that Charter has burrowed.

Over the last four years, Charter has invested significant amounts to upgrade to digital and cloud technology. Capital expenditure will taper going forward as top-line is expected to continue growing and digital and cloud technology require less maintenance in the future. We expect capex to taper from 20% of revenues currently to 15% by 2020 and the increased free cash flow to be used to buy back shares at an aggressive rate.

Over the past year, Charter has bought back $13 billion worth of shares, reducing share count by 12%. Ongoing buybacks will help drive a 20% per annum growth in free cash flow per share over the next several years. Charter has capex behind them, increased penetration across their ‘passed’ footprint ahead of them and trades at an attractive valuation of 12% free cash flow yield based on our 2021 estimates. In three years’ time, assuming the company continues to trade on the current 5% free cash flow yield and management continue their buyback program, Charter would be worth $575 per share and could yield investors a +100% return in 3 years.

Disclaimer: The information in this article has been prepared on the basis that the Client is a wholesale client within the meaning of the Corporations Act 2001 (Cth), is general in nature and is not intended to constitute advice or a securities recommendation. It should be regarded as general information only rather than advice. Because of that, the Client should, before acting on any such information, consider its appropriateness, having regard to the Client’s objectives, financial situation and needs. Any information provided or conclusions made in this article, whether express or implied, including the case studies, do not take into account the investment objectives, financial situation and particular needs of the Client. Past performance is not a guide to future performance. Neither Avenir Capital (“Avenir”) (ABN 40 150 790 355, AFSL 405469), Fidante Partners Limited (“FPL”) (ABN 94 002 835 592, AFSL 234668) nor any other person guarantees the repayment of capital or any particular rate of return of the Client portfolio. Except to the extent prohibited by statute, neither Avenir nor FPL nor any of their directors, officers, employees or agents accepts any liability (whether in negligence or otherwise) for any errors or omissions contained in this article.

Christine Jurzenski is an Investment Associate at Avenir Capital. Prior to joining Avenir Capital in April 2014, Christine was an analyst at Kennedy Partners, an Australian asset manager specialising in Australian derivatives with applied...