Commodities: Understanding the war in Ukraine 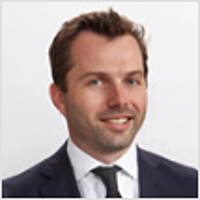 Probably the most significant event of 2022 so far on commodity markets has been the invasion of Ukraine by Russia in February. Both Russia and Ukraine are significant producers and exporters of natural resources. As such, the invasion of Ukraine by Russia has had an immediate impact on the supply of some commodities. However, there is also likely to be a long-lasting impact from this invasion as the world seeks to move away from a reliance on Russian production, which will inevitably lead to uncertainty and geopolitical friction. Having been through the initial volatility, we look to review how this event is likely to play out over time.

On a headline basis, Russia is a globally significant producer of palladium and platinum, thermal and metallurgical coal, base metals, and steel, as shown in Chart 1. The region is also a large primary producer of agricultural products, and has a high concentration of heavy manufacturing, as well as some niche industries like uranium enrichment.

Given the scale of Russian commodity production within a global context, we have seen some significant increases in prices across the complex, as illustrated in Chart 2. The most significant moves were initially in thermal coal and nickel, which are somewhat specific cases, however the commodity complex has rallied more widely given lost supply, and the deeper implications of this unanticipated supply shock. The question now becomes, of these huge moves, which will become structural, and which will be temporary?

What are the short and long-term ramifications of the Russia / Ukraine situation?

We believe some of the short and long-term impacts are likely to be profound. Initially, commodity production from the region will be stranded, with sanctions preventing most western countries from purchasing Russian commodities. Given natural resources are a large proportion of Russian exports, they represent an obvious target for sanctions. However, sanctions are a ‘double edged sword’, and can be blunt instruments with respect to the potential for negative spill-over impacts on other countries. This is especially relevant now given Russia’s dominance in some energy supply markets, and the world’s growing need for key commodities for which Russia is a major supplier.

Some key implications from the conflict

The primary long-term implication from the current conflict, we believe, is going to be a gradual diversification away from a reliance on Russian produced commodities.

This is not realistic in the short term, but we believe in the long term there will be fundamental changes that will impact the global commodities complex, with the main target likely to be European reliance on Russian produced energy products. The political dialogue now across many nations is one of building internal reliance, developing new and trusted commodity supply chains, and perhaps most profoundly and importantly, accelerating the shift from fossil fuel reliance to a more diversified and renewable portfolio of energy sources.

Russia’s chief energy customer is the European Union, which has unwittingly developed a heavy reliance on Russian oil, gas and condensates. The war has highlighted that while sanctions may seem actionable in theory, in practice, cutting energy supply to punish Russia could ‘backfire’ in the form of slowing domestic growth for those issuing the sanctions. There are limited short-term solutions to displace Russian energy imports into Europe. However, palpable frustration with sanctions is sparking an acceleration in policy support for renewables, including revisiting the prospects of nuclear power as part of the energy mix.

Nuclear has been highly unpopular with policymakers since the damage at Fukushima, but we have seen a shift over time to a more supportive environment for nuclear, and see the conflict as a likely catalyst for incremental support.

Recent policy support for nuclear has found a voice in key countries. British Prime Minister, Boris Johnson, announced a renewed focus on nuclear and offshore wind energy with an ambition for 24 and 50 gigawatts of power contribution respectively. France is also refocussing on nuclear power generation as baseload. Europe already has vast and growing intermittent energy sources from solar to onshore and offshore wind power, however, baseload support from non-fossil fuels is needed to augment these renewable technologies. Germany is potentially extending the life of its nuclear reactors, and US is offering US$6bn in funding to support life extensions for aged nuclear reactors across America. This new policy world is now rapidly evolving with the Ukraine crisis.

Portfolio positioning given our outlook

Broadly speaking, the events in Ukraine saw an immediate tightening of most commodity markets to a greater or lesser degree, and therefore a rally in commodity prices. Should we see a resolution of the Russia/Ukraine situation in any form, we believe there is some risk these elevated prices will correct as the market may expect a normalisation of supply. Our main caution would be gold, energy and nickel. However, it needs to be noted that battery materials are relatively isolated from the war in Ukraine given that we are at the early stages of a decarbonisation-driven commodity super-cycle. As such, our net exposures to capture these dynamics are outlined in Chart 3.

Changes to our long-term views: From a long-term perspective, we see an acceleration of investment in renewable generation, driving significant demand growth for copper, rare earths and battery storage. We also see an increased investment in nuclear generation, albeit in a shift that is likely to take some time for more acceptance, and for the development and expansion of nuclear energy infrastructure. Overall, these key markets are already supply constrained, and will benefit from incremental price support, which will further benefit producers through more investment and the ability to increasingly fund the production expansion that is needed to meet demand.

Short-term tactical adjustments to positioning: Although the timeline for resolution of the Russian Ukrainian conflict is uncertain, we believe there is downside risk to a number of commodities should the situation be resolved. Gold benefitted from a move towards safe-haven assets, and therefore we see the risk of a fall in the gold price. The nickel price has also benefitted significantly from Russian sanctions, and we see some risk of a decline on any sign of conflict resolution, albeit the market for class 1 nickel is likely to remain tight for some time. The energy complex is also at risk of a short-term drawdown if the situation resolves. With uncertainty high, and volatility currently favouring strong commodity prices, it is important to be prepared for potentially significant reversals as the geopolitics shifts in this latest crisis. To reflect these tactical views, we have reduced our exposure to gold, and slightly reduced our energy exposure, while adding a level of put options to protect against any aggressive move in energy prices. We have maintained our positioning in nickel in names with supportive bottom-up fundamentals and M&A potential.

Despite making some tactical adjustments to our positioning, we remain positive on the outlook for commodities, driven by a sustained underinvestment in new production for many years, as illustrated in Chart 4. Capital investment in new mining projects has been constrained for years, and only recently started to accelerate, underpinned by robust structural demand growth, and very low stockpiles, as shown in Chart 5.

Given the complexities we have outlined, we continue to manage the portfolio towards the upper end of our exposure bands given our positive outlook on commodity demand and supply dynamics, while adjusting tactically where appropriate around events such as Russia / Ukraine, and maintaining protection across the portfolio.

Ausbil's investment approach allows us to exploit the inefficiencies across the entire market, at all stages of the cycle and across all market conditions. Click the 'FOLLOW' button below for more of our insights.

Luke is the Portfolio Manager for the Ausbil Global Resources Fund and an Equities Analyst at Ausbil covering natural resources. Luke brings to Ausbil over 20 years’ experience in the resources sector, both at a corporate level and as an equity...

Get investment ideas from Luke Smith when you sign up to Livewire Markets.