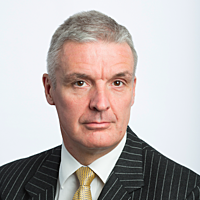 The closely-followed stocks in the S&P 500 do not replicate the US corporate sector so when we try to figure out just what is going on we prefer to examine whole-economy profit data produced by the Bureau of Economic Analysis (BEA). To remove the distortion of the variable tax rate we utilise pre-tax profits. The story is shown below. The pre-tax profit reality is that by Q3 2019 profits were no higher than Q2 2014 – in other words, no increase in 5 years. Over the same period, pre-tax profit margins have weakened by around 9% (source: BEA). This is hardly the profit boom that President Trump expected or has so often spoken (or Tweeted) about.

Our sense is that corporate America is finding life relatively tough. The trade war has increased input costs, the world economy has slowed and full-employment in the US is causing real wages to creep up. Business sales growth is flat over the 12 months to October whilst business inventories (relative to sales) have been increasing since 2013 (source: Datastream).

The hook that the market is hanging on is a revitalisation of corporate profits and no weakening in the market multiple. It’s a tenuous hook

Meanwhile, it seems that there has been some degree of rapprochement between the US and China over the trade war. We applaud any moves to roll-back the US attack on China’s trade as the initiatives have had a deleterious global impact whilst increasing prices and reducing choice for US consumers.

World exports are now exhibiting negative year-on-year growth (in US$ terms) whilst the ratio of trade growth to GDP growth is at the weakest level in years (trade is a strong “puller” of GDP – see chart below). In China, both imports and exports have tumbled to negative year-on-year growth. This compares with average annual compound growth of around 13% over the last 30 years. Another reflection of the trade skirmish is the impact on global industrial production. The playing field has changed

The world economy is grinding along slowly enough without additional impediments. China, India and other emerging nations are endeavouring to duplicate the growth and standard-of-living surge that the (now) advanced countries enjoyed over the last 70 years but it is becoming increasingly difficult.

They object, for example, at the emission targets that the West is trying to impose on them and understandably complain that Europe, the US and others had no limitations when they went all-out for growth after WW2.

It is worth a reminder that the wealth of the advanced countries has largely been built on three pillars over the post-WW2 period:

The first of these three has ended; the second – leverage - can go little further without threatening a financial calamity; and the third has quite suddenly morphed into a social and political no-go zone. The playing field has changed.

Pyrford seeks to provide a stable stream of real returns over the long term with low absolute volatility and significant downside protection. To find out more, click the 'contact' button below.

BMO Global Asset Management (Asia) Limited (ARBN 618067959), Pyrford International Ltd (ARBN 165504414) and LGM Investments Limited (ABN 19 381 443 479) are exempt from the requirement to hold an Australian financial services licence under the Corporations Act in respect of the financial services each provides to "wholesale" investors (as defined in the Corporations Act) in Australia. Pyrford International Ltd and LGM Investments Limited are regulated by the Financial Conduct Authority under UK laws, and BMO Global Asset Management (Asia) Limited is regulated by the Securities and Futures Commission under Hong Kong laws, which differ from Australian laws.

BMO Global Asset Management (Asia) Ltd ARBN 618067959 is exempt from the requirement to hold an Australian financial services license under the Corporations Act in respect of the financial services it provides to wholesale investors (as defined in the Corporations Act) in Australia. BMO Global Asset Management (Asia) Ltd is incorporated in Hong Kong and authorised and regulated by the Hong Kong Securities and Futures Commission under Hong Kong laws, which differ from Australian laws.

The Match Out: ASX ends a soft week on the up, Weekly video update covering portfolio performance

The Match Out: ASX ends a soft week on the up, Weekly video update covering portfolio performance