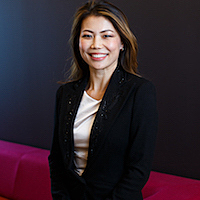 With CSL’s management guiding to underlying growth in the mid-teens (adjusting for the impact of the move to direct distribution in China), we continue to see upside for investors.

We note consensus numbers sit at the bottom of the guidance range and management has a track record for conservatism with its guidance. The guidance for the flu vaccine division, Seqirus remains unchanged at $200m EBIT which also appears conservative given the group’s strong start to the year and signs of a relatively bad season.

We are also encouraged by the attractive competitive dynamics of the group’s core immune globulin franchise with widespread reports of supply tightness as demand continues to rise. In this environment we expect CSL to continue to gain share and benefit from positive sales mix.

CSL is a high-quality company that has been delivering consistent earnings growth backed by strong cash flow. We would argue the company deserve to be on a premium relative to the market on its defensive earnings growth characteristics. CSL remains a buy.

CSL has delivered a solid FY19 result with a constant currency net profit after tax of $2,015m, up 11% vs the previous corresponding period.

While sales growth was strong as expected the operating result (EBIT) was weaker due to faster expense growth. This was offset by lower tax as the group benefited from advantageous geographic sales mix to lower tax jurisdictions along with the benefit of lower US tax rate.

The key disappointment was the weakness in Specialty product sales with a modest drop in the second half. We attribute this principally to the production issues with a mid-size product, Zemaira and constrained supply of the previous fast growing Haegarda. Both issues will resolve in FY20 which should support a return to growth which in turn will boost margins.

Investing for the future

Much of the rapid rise in operating costs which weighed on the FY19 results was due to investment in the future, including building the Japanese sales team and higher D&A due to investments in IT and manufacturing capacity. This negative trend should reverse in FY20 as the benefits from these investments are realised.

Inventories were built despite the growing market demand. CSL deliberately increased plasma inventory (raw material) and built its stock on finished goods. While this weighed on the groups cash flow, it positions them well for FY20 given the tight market, especially in the US.

This positive surprise was driven by a sharp lift in sales into China and serves as a reminder of the strength of CSL’s franchise in this rapidly growing market.

Jun Bei Liu is the Portfolio Manager of the Tribeca Alpha Plus Fund, one of Australia's longest running equity long short funds. Jun Bei Liu is a passionate investor with over 18 years of Investment experience covering a large range of sectors, an...

Get investment ideas from Jun Bei Liu when you sign up to Livewire Markets.