Does It Still Make Sense To Overweight US Equities 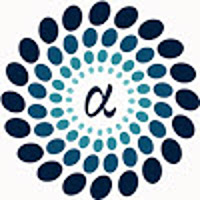 Does It Still Make Sense To Overweight US Equities? Investment decisions are typically driven by the costs of five factors: land, labor, capital, energy and government. One of the key theses of a book I wrote a couple of years ago, was that in the years following the Asian Crisis of the late 1990s, Asia boasted one massive comparative advantage: a much cheaper cost of labor than anyone else. So for ten years, any new factory, petrochemical plant or call center was far more likely to spring up in Asia than anywhere else. The fact that during that period the marginal investment dollar tended to flow to Asia meant the region experienced a triple merit scenario of appreciating currencies, falling interest rates and rising asset prices. However, the collapse in prices for DRAM modules, optics, and software coding meant we moved into a world in which low-end labor was increasingly replaced by machinery and software programs. In this brave new world, Asia's cheap labor was no longer a killer comparative advantage...continued: (VIEW LINK)