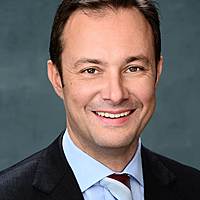 April was a very interesting month in respect of the continuing pressure on the price of financial assets. Globally economic data moderated over April which has been framed as an expected deceleration from the exceptionally strong pace of Q417, however if we look at the macro economic surprise indices which measure the direction of surprise (negative or positive) to consensus estimates we find that particularly in Europe (macro surprise index fell to -91.8) that the consensus was for stronger than delivered April data. This with the distinct exception of the US equity market where very strong estimates of earnings growth have been exceeded along with higher US GDP and Inflation.

The move away from globally synchronized growth to a slowing of the pace of expansion in ROW versus the US is most likely due to the more pronounced than expected fall in global money supply and consequent higher USD funding costs. These factors also explain the inability of US equities to sustain a rally in the face of very positive earnings.

Money supply in US, EU, Japan, China and the UK grew at the slowest pace since records began in 1998 (at 4.7% yoy basis 2016 GDP). On a 12 month basis this is down from 5.5% growth and the 3 month annualised change in growth of the US dollar value of money supply turned negative (annualising at a much lower 2.19%).

Whilst this is the direction we would expect during quantitative tightening the reduction in the US dollar value of money supply has been further increased by the rally in the USD through April (the USD fx conversion of ROW money supply reduces as USD rallies).

This further adds pressure to rising US dollar LIBOR rates which reprices wholesale funding rates for USD assets. In fact, the rise in US LIBOR has led offshore banks to both attempt to increase US deposits (away from wholesale funding) and to sell US asset holdings. With 3 month US LIBOR rates topping 2.35% Japanese lenders, for instance, reduced their holdings of foreign securities (mostly bonds) by ~9% in February to the lowest levels since November 2014. Foreign Exchange hedged US assets continue to remain costly to hold. The current hedge cost to buy US assets hedged through FX forwards from EUR is ~2.86% annualised and out of JPY is ~2.57%. We therefore, expect a further reduction in foreign security holdings by non-USD denominated balance sheets. The counter is to reduce FX hedging and buy the USD assets outright rather than borrowing to fund assets. This would lead to further impetus for the appreciation in the USD and deflationary pressure via lower US based global money supply. This move whilst not expected (market is positioned short USD FX due to the US twin deficits) is a possibility which could lead to steep declines in financial asset values globally. This has further come at a time when US Q4 net national savings rate fell to 1.3%, back to 2011 levels. Combined with falling US money supply and rising wholesale funding rates this has also led to increased competition for domestic US deposits by US money centre banks. The US Federal Reserve balance sheet is estimated to decline by ~USD 380bn in 2018 at this stage.

Further the Congressional Budget Office estimates for government deficits post the narrowing in the tax base have the deficit increasing to USD1trn by 2020. This will further crowd out the private sector in money markets. Of note consumer spending has also missed estimates which begs the question of when the corporate tax cuts might show up in households’ consumption or savings. In my opinion it is worth noting that Apple has decided to use the excess capital gained by tax cuts to announce a share buyback. This is in line with the experience of repatriation of USD held offshore by US corporates in the amnesty of 2005.

The ECB has taken a slightly more cautious tone as they are unsure if the current softening of economic data is symptomatic of something more permanent. Mario Draghi seemed to be signalling a pushing back of the ECB’s timetable to end QE in order to assess incoming data. The ECB do however remain of the view that European growth remains strong and inflation will converge to their close to but less than 2pct target. The ECB believe the EU economy will continue on this path in the absence of any exogenous shocks.

The market reduced expectations of a May rate hike after the UK recorded weak retail sales data and the weakest quarterly GDP growth since 2012. BoE Governor Carney said, “I don’t want to get too focused on the precise timing, its more about a general path”. The Bank of England are likely to want to see further incoming data before making any decisions.

China reacted to the slowing in money supply growth to the lowest since Bloomberg records began in 1996 by reducing the RRR. In Hong Kong the pressure on USD funding pushed the exchange rate to the top of its traded band prompting the HKMA to sell part of its 400bio USD in foreign reserves to increase the supply of USD locally. This action in turn reduced the supply of HKD and pushed up local funding rates.

In all we see little reason for the cost of USD’s to decline given the reduction in supply so see a continued downsizing of foreign assets held by non-US balance sheets and a reduction in the growth of assets and bank lending domestically in the US over the coming period.

This will lead us to be a buyer of USD in FX space on retracements. We see a continuation of range bound equity markets but prefer to sell rallies and see further gradual widening in corporate credit. The USD and developments in global money supply and wholesale funding rates require close attention over May as the leading indicators to possible more bearish outcomes in equities and credit.

April saw a marked improvement in Geopolitics with historic talks in Korea and the Syrian strike remaining contained. The Israeli’s have however revived the Dahiya Doctrine and seemingly rehashed intel about Iran in response to a growing unrest in regards their vulnerability to missile strikes from Lebanon. From a markets perspective the relative calming in geopolitical tension did not lead to a sell off in oil markets. Permian supply has continued to increase as Venezuelan production falls and Nigerian and Libyan output reaches capacity. There are some concerns of possible Iranian sanctions but the Saudis have continued to hold supply tight prior to the much anticipated IPO of Saudi Aramco.

Notably there has not been a supply side reaction in terms of capital invested as the oil price rises so supply expectations are not expected to expand. The relatively energy poor Bahrain did make its largest discovery of oil and gas in its history on 2nd April. The rising price of oil has direct implications for global growth as a USD10 increase in the price of oil equates to approximately half a percent of global GDP growth.

The emerging trends from April of stronger USD, higher oil and higher US funding costs with softer economic data will clearly not affect all economies equally. Most at risk are offshore borrowers of USD (holders of USD liabilities). Europe (higher oil) and Australia (commodity price, trade balance improvement and relatively modest government debt) would tend to be the least negatively impacted from this type of environment with the US directly and Asian economies with fixed exchange rates tending to be the most vulnerable.