FAANGs' enterprise value is what makes them unstoppable 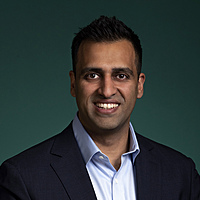 Blue-chip shares – everyone wants to own them. But what are they? And do the world’s largest technology companies – Facebook, Amazon, Apple, Netflix, Google (the “FAANGs”) – count as blue-chip?

In this discussion, I spoke with Owen Raszkiewicz, founder of Rask, about what a blue-chip company is, and whether the “FAANGs”—Facebook, Amazon, Apple, Netflix, Google—qualify.

This means that for him, FAANGs do not qualify as blue chips. This is because they are still growing very quickly and are, therefore, not mature. Additionally, many of them do not pay dividends. He adds, however, that what counts as blue-chip is subjective.

While not necessarily blue chips, Owen believes that the FAANGs may be “unstoppable” nonetheless, given their near-total control of global communication.

The FAANG’s dominance today bears a resemblance to big oil 100 years ago—where market power begat greater profits for oil companies, which begat greater market power still. But with great market power comes the possibility of regulation, which has been a lurking threat for the FAANGs.

Absent regulation, the only question left is valuations and what investors should be willing to pay for the FAANGs.

For my part, I agree that the FAANGs seem unstoppable. For the same reason, I wonder whether the FAANGs can be valued the same way as more traditional blue chips.

Even at $2 trillion market capitalisation, Apple is growing very quickly making it different to local blue chips like Woolworths and Westpac. Potentially justifying a different PE ratio, among other things.

Owen agrees that the FAANGs can arguably justify their higher valuations.

One reason is the large cash piles that these companies sit on.

Apple, for instance, has more than $90 billion in cash (Google has even more). When calculating the value of the FAANGs, removing their cash piles from the share price is a crucial step. Yet many investors forget to do this and instead take shortcuts like looking at PE ratios.

He suggests that enterprise value may be a better measure than just market capitalisation.

For investors with the time and know-how, a discounted cash flow analysis is more useful than crude valuation ratios.

In the final piece of the conversation, I ask Owen which companies he believes may be the FAANGs of the future. He gave two tips: Salesforce, a stock that he owns. Salesforce is the central sales technology in many companies. His other tip is Adobe, which has become ubiquitous with photoshop and acrobat.

ETF Securities offer a range of ETFs across asset classes, regions, sectors and themes for your investment portfolio. Click the 'FOLLOW' button below for more of our insights.

........
The information provided in this document is general in nature only and does not take into account your personal objectives, financial situations or needs. Before acting on any information in this document, you should consider the appropriateness of the information having regard to your objectives, financial situation or needs and consider seeking independent financial, legal, tax and other relevant advice having regard to your particular circumstances. Any investment decision should only be made after obtaining and considering the relevant product disclosure statement ETFS Management (AUS) Limited (AFSL Number 466778) The value or return of an investment will fluctuate and investors may lose some or all of their investment. Past performance is not an indication of future performance. Source ICE Data Indices, LLC, is used with permission. “FANG+ SM/Ò” is a service/ trademark of ICE Data Indices, LLC or its affiliates and has been licenced, along with the FANG+ Index (“Index”) for use by ETFS Management (AUS) Limited (“ETFS”) in connection with ETFS FANG+ ETF (the “Product”). Neither ETFS nor the Product, as applicable, is sponsored, endorsed, sold or promoted by ICE Data Indices, LLC, its affiliates or its Third-Party Suppliers (“ICE Data and its Suppliers”). ICE Data and its Suppliers make no representations or warranties regarding the advisability of investing in securities generally, in the Product particularly, the Trust or the ability of the Index to track general market performance. Past performance of an Index is not an indicator of or a guarantee of future results. ICE DATA AND ITS SUPPLIERS DISCLAIM ANY AND ALL WARRANTIES AND REPRESENTATIONS, EXPRESS AND/OR IMPLIED, INCLUDING ANY WARRANTIES OF MERCHANTABILITY OR FITNESS FOR A PARTICULAR PURPOSE OR USE, INCLUDING THE INDICES, INDEX DATA AND ANY INFORMATION INCLUDED IN, RELATED TO, OR DERIVED THEREFROM (“INDEX DATA”). ICE DATA AND ITS SUPPLIERS SHALL NOT BE SUBJECT TO ANY DAMAGES OR LIABILITY WITH RESPECT TO THE ADEQUACY, ACCURACY, TIMELINESS OR COMPLETENESS OF THE INDICES AND THE INDEX DATA, WHICH ARE PROVIDED ON AN “AS IS” BASIS AND YOUR USE IS AT YOUR OWN RISK.
save