FAANGs too expensive? Consider the WAMITs. 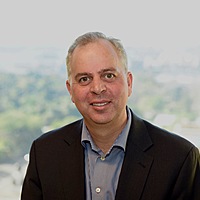 Much has been written about the FAANGs - Facebook, Amazon, Apple, Netflix and Google (Alphabet). With a combined weighting of almost 5% in the MSCI World Index, and returns of 43.3% over the year they have largely driven US and global indices. Not so much has been said about the lesser known WAMITs. This group of three stocks: Wabash, Michelin and Transcontinental posted a higher return of 55.5%. But in no way did these companies drive index returns – their combined weight in the MSCI World Index, for example, is less than 10 basis points (0.1%).

The WAMITs operate quite ‘boring’ businesses - manufacturing trailers for trucks, producing tyres, and making boxes/printing pamphlets. Not real sexy industries compared to the FAANGs. But they still managed to grow earnings per share (EPS) by an average 18.7% per year over the last three years (yes, the FAANGs growth was superior at 43.7%). And they still achieved a 22.9% return on their invested capital (which was even better than the FAANGs 18.0%). And what about pricing? At June’s end, according to our analysis the WAMITs were trading at an average unlevered earnings yield of 11.8% and an average free cash flow yield of 8.9%. Quite a lot higher than the comparable FAANG’s yields which were 2.8% and 2.6% respectively.

But the real difference between the WAMITs and the FAANGs is market expectations of their future earnings. To provide an indication of this, with some hesitation and for the first time in years we referred to broker estimates (we only looked at the “consensus” level). And they are suggesting that the WAMITs average EPS will remain relatively stable over the next two years, whereas the FAANGs EPS will increase by an average of 25%. (We have not wasted our energy delving into the details to try and understand how these forecasts account for employee stock issuance in both the earnings and share count - but our suspicion is that it is unlikely to be conservative).

We admire the “tech visionaries” and we readily acknowledge there is value inherent in the FAANGs businesses. After all, with the exception of Facebook we both use their products/services. However, we are not visionaries, nor are we tech gurus. We are not even active on social media. We certainly do not see ourselves as having any edge in analysing these enterprises and perhaps even more importantly, we are sceptical of anyone’s ability to accurately foresee business plans, growth options, consumer tastes, new competitors…..the list goes on. There’s only one sure thing when it comes to forecasts: they will be wrong. And we believe the degree to which they will be wrong is greater when the forecasts involve these types of businesses compared to businesses with a more steady stream of past earnings.

“Analysis is concerned primarily with values which are supported by the facts and not with those which depend largely upon expectations.” – Benjamin Graham

So despite the WAMITs providing a higher investment return than the FAANGs over the year, in our view, the investment risks associated with holding them was lower.

We would like to make an important additional point here. Our view, even in hindsight, of how risky it was to hold interests in those businesses is independent of the investment outcome. So although the WAMITs experienced healthy share price increases, had they performed poorly, then provided the business fundamentals were the same, our view in regard to the risks associated with investing in them would be indifferent. To us, they would still have been sensible investments at the time they were made and therefore a good investment decision. As we have stressed in our previous writings, we reiterate the importance of viewing risk from the perspective of process, rather than outcomes.

Get investment ideas from Stuart Pearce when you sign up to Livewire Markets.