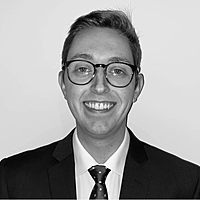 The first step in the investment process is to adequately gauge a client’s objectives and constraints through the development of an Investment Policy Statement (IPS). Fundamental to the construction of any investment portfolio, return objectives and expectations must be tailored such that they consistent with risk objectives. An IPS may target this on an absolute basis or state a discrete rate of return, hurdle or benchmark, in order to appraise the delivery of investment objectives and aid in assessing relative portfolio performance. Risk and return objectives must also be consistent with any further circumstantial constraints, such as value and beliefs, which are likely to have a material impact on portfolio composition. In what is becoming an increasingly mainstream application, a large proportion of investors are now seeking to explicitly include non-financial considerations within their IPS formulation. Sustainable investing recognises that Environmental, Social and Governance (ESG) considerations may impact the long-term risk-return profile of financial assets while also acting to express the cultural conviction of clients.

Conducted by BlackRock, an inaugural 2020 survey into sustainable investing affirmed that such considerations are becoming an increasingly central aspect of respondent investment approaches. Respondents included corporate and public pension plans, sovereign wealth funds, insurers, asset managers, endowments, foundations, and global wealth managers. In total, feedback from 425 separate investors, representing a total of 27 countries and an estimated US$25tn in assets under management (AUM) was received. Over half of the surveyed global respondents (54%) considered extra-financial considerations to be additive to investment processes and outcomes. The scale of adoption, however, was found to vary considerably by region. 86% of Europe, Middle East and African respondents stated that sustainable investing is already, or will become, central to their investment strategies, while 57% and 47% of respondents in Asia-Pacific and North and South America, respectively, shared this same view.

Divergent acceptance is partly resultant of different political pressures and policies. Earlier in this year on 14 July 2021, the European Commission adopted a series of legislative proposals, in accordance with the European Green Deal, in an effort to reduce net greenhouse gas (GHG) emissions by at least 55% come 2030 (on 1990 levels). The framework broadly supports electrification of the economy, increases the binding target of uptake in renewable sources, mandates unsustainable forest harvesting, protects areas of high-biodiversity value and tightens carbon pricing while facilitating a cap and trade system on the total amount of GHG emissions by installations. Meanwhile the new Biden Administration has already issued an executive order for the U.S. to rejoin the Paris Climate Agreement, further pledging a commitment to achieve a 50-52% emissions reduction target by 2030 (on 2005 levels). A target of net-zero emissions has also been set for 2050. The U.S. Senate has also now successfully passed a US$1tn infrastructure bill aimed to revitalise transportation, water systems, broadband and manufacturing. The bill will need to pass the U.S. House of Representatives, with a vote scheduled for 27 September 2021. We anticipate these past and future government policies to be largely supportive of the normalisation in, and mainstream application of, sustainable investing. In light of the recent AUKUS deal, there's also now accelerating pressure on Prime Minister Scott Morrison to make a genuine binding commitment, like our strategic partners, on net zero on the international stage.

BlackRock respondents also claimed that they intend to double their amount of sustainable AUM over the next five years, rising from 18% of AUM on average today to 37% on average by 2025. Our analysis of the ASX and Chi-X Exchange Traded Fund (ETF) market is conducive to similar growth rates. ESG AUM had grown to A$5.0bn as at the end of August 2021, driven by robust net inflows and investment performance, while accounting for just 4.0% of the comparative Australian listed market. Labelled and integrated AUM has scaled considerably from A$1.2bn to A$5.0bn over the past 2 years, with a compounded annual growth rate of 108.5%. Frequent admissions, targeting different types of asset classes with various implementation approaches, continues to drive AUM expansion in the Australian ETF market. Total AUM stood at A$125.1bn as at 31 August 2021. Growth in ESG related funds and the ETF industry as a whole also continues to benefit from sustained millennial retail investor demand. Persistence and an increase in penetration of this trend is also anticipated, given aging populations and the magnitude of looming generational wealth transfers that may require older investors to rebalance their portfolios accordingly.

The oldest and most common form of ESG adoption is negative screening (also interchangeably referred to as exclusionary screening in this report), which refers to the process of actively filtering and excluding certain sectors or companies from the investment universe that contravene predetermined boundaries. Exclusions based on values, such as the elimination of companies with revenue thresholds in gambling, alcohol or tobacco lines of business, relates to the conviction of an investor’s moral or ethical beliefs in this operation. Exclusions based on standards and norms (norms-based screening), meanwhile, acknowledges controversies and business practices that may induce a material reputational or financial risk, causing concern to be avoided.

Another common implementation approach is ESG integration, which embeds the assessment of qualitative and quantitative ESG information into traditional investment research and decision-making processes. Active managers opting for this perspective seek to identify the risks and opportunities arising from ESG factors in an effort to determine the core drivers of investment value and risk in fundamental analysis. Companies correctly engaged in managing their ESG resources in accordance with a sustainable business model should derive superior valuation metrics. An analyst may, for example, predict a deterioration in profitability and financial conditions due to poor environmental safety or labour standards, leading to probable future liabilities.

The Dow Jones Sustainability Indices (DJSI) are a series of best-in-class benchmarks. The family was collectively launched back in 1999 as the first global sustainability index aimed at tracking the performance of the world's leading companies based on long-term economic, environmental and social criteria. The rules-based construction process attributes a collective ‘Total Sustainability Score’ to each prospective constituent security, with top ranked companies in each industry being selected for inclusion in the respective DJSI. No industries are excluded during this conduction. The Dow Jones Sustainability Australia Index, which represents the top 30% of companies in the S&P/ASX 200 Index based on the aforementioned factors, is reviewed annually by investment manager RobecoSAM, who conducts its comprehensive Corporate Sustainability Assessment (CSA). As at 13 November 2020, the index provider had identified 44 companies with leading sustainability practices and performance.

As the materiality of ESG risks are highly impacted by the industry in which a firm operates, we have grouped these 44 constituents and a similar proportion of residual securities from the S&P/ASX 200 Index (the non-ESG reference portfolio) into their assigned Global Industry Classification Standard (GICS) groups. We have then equally weighted all securities in both portfolios, so as to reduce any undue bias caused by single securities with large market capitalisations, noting here that both portfolios share similar concentrations in order to maintain similar idiosyncratic risk. We have then analysed the annualised monthly total returns and the annualised standard deviation of these monthly returns over a period of 5 years from 1 August 2016 to 31 July 2021.

Our modelling in this sample scenario predicts that in 7 out of 10 applicable industry cases, selective ESG companies are shown to exhibit lower security return volatilities than reference non-ESG companies. These finding would suggest that companies with superior corporate sustainability practices display relatively less risk. Even with a lower risk, our model of investment could achieve a higher equity return or risk-adjusted return in a number of industries.

In the following report, we also provide a summary and look through approach at exposures within Environmental, Social and Governance ETFs. You can access the report in full below.

Hayden provides comprehensive coverage of the ETF and LIC sectors, producing a range of highly regarded reports covering investment fundamentals, asset class structure and cost, and the role of managed investments in portfolios.

Get investment ideas from Hayden Nicholson when you sign up to Livewire Markets.