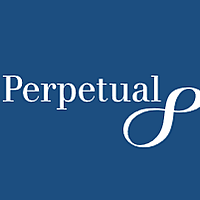 Those issued in the Australian market may have terms ranging from less than one year to up to 30 years. Australian securities with maturities of one year or less are referred to as short-dated or money market securities.

There are three broad categories of fixed income securities available to Australian investors; money market securities, bonds and credit as outlined below.

Short term assets, generally with a maturity less than a year, include 90-day bank bills, certificates of deposit (CDs), Treasury bills (T-bills) and promissory notes. They are generally a source of funding for banks, institutions and corporates.

Government bonds
Issued by a government and are explicitly guaranteed. In Australia, the federal government issues Commonwealth Bonds to help pay for major projects such as infrastructure.

Semi government bonds
Issued by state governments (in Australia) or the equivalent overseas semi-government authorities; generally have some form of guarantee from the central governing body.

Corporate bonds
A form of capital raising for companies to fund expansion or new opportunities – instead of selling equity (shares) they borrow from investors by selling bonds. Unlike government or semi-government bonds, there is greater variance in credit quality and yield.

Floating rate notes (FRN)
Debt assets with a floating or variable interest rate; may be issued by governments, banks, institutions and corporates.

Securitised assets
Such assets are created through a process known as securitisation, the process of combining multiple debt assets into one financial instrument. They are generally issued by special purpose vehicles, such as trusts or companies, that hold the assets.

ABS
An asset backed security (ABS) is similar to a RMBS but the underlying assets are a pool of non-mortgage assets such as leases, car leases, company receivables or royalties.

Private loans
An example is a corporate loan, a private contract between the borrower (often a business) and a lender or group of lenders known as a syndicate. Private debt is an alternative source of borrowing for corporations to corporate bonds.

When investing in fixed income securities, it’s important to consider the capital ranking of each security; this indicates the price stability of each. Figure two illustrates how investors in debt assets fare in the event of a company being wound up. Investors in fixed income assets, such as secured or unsecured debt, typically rank higher in priority and should have their invested capital returned to them before capital is returned to investors in hybrid securities or shares.

Diversity of the Fixed Income market

Fixed income markets in Australia and most developed countries are mature and diverse. Using Australia as an example, it has a well-developed money market, the federal government issues bonds with different maturity profiles, as do semi-government bodies.

The Australian non-government debt market – or credit market – has grown eight fold over the 25 year period ending August 2018, from approximately $0.1 trillion to over $0.8 trillion in size.

The number and amount of debt assets on issue in Australia has been growing, from both domestic and foreign issuers (see figure four). Corporate bonds now represent approximately one third of the total Australian debt market. For investors, this means the corporate bond market in Australia is increasing in scale, diversity and liquidity. Generally, individual investors find it difficult to create a diversified portfolio of fixed income assets because certain securities are typically issued into wholesale or institutional markets. To ensure a diversified exposure to fixed income – including exposure to different countries, industries, asset types, ratings and issuers – can require large sums of money and market expertise.

To illustrate, some fixed income securities can be easily purchased on an exchange such as the ASX; others, such as private debt or corporate loans, are only offered privately to a select group of investors. While not impossible, fixed income is not an asset class where investors can easily adopt a DIY approach. On the other hand, this diversity offers investors such as Perpetual broad investment choice in terms of risk and reward based on credit quality, yield and term to maturity.

Stay up to date with the latest news from Perpetual by hitting the 'follow' button below and you'll be notified every time we post a wire.

Want to learn more about Fixed Income investing? Hit the 'contact' button to get in touch with us or visit our website for further insights.

Perpetual is an ASX-listed, diversified financial services company which has been serving clients since 1886. Perpetual Asset Management Australia is a dynamic, active manager, offering an extensive range of specialist investment capabilities...

Get investment ideas from Perpetual Asset Management Australia when you sign up to Livewire Markets.