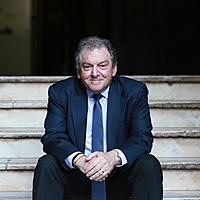 Once again, Sir Frank Lowy, has surprised the market and undertaken a transformational deal that shows the 87-year-old has not lost any of the midas touch that has been a hallmark of his stellar career since Westfield first listed on the ASX in 1960.

Frank and his sons have always been one step ahead of the market. Anticipating changes in both the retail and capital markets, they spun out their centres into Westfield Trust in 1979, restapling them together in 2004 and then spinning back out the Australian assets into Scentre in 2014. Their latest deal to sell Westfield Corporation to the European retail giant Unibail-Rodamco for $32 billion is set to be Australia’s largest M&A deal.

Four things strike me about the Unibail-Rodamco deal. The Lowy’s understand that:

1.the retail landscape is changing rapidly and they couldn’t stand still. Despite Westfield’s size and reputation, Westfield had been trading at a significant discount to underlying value and the offer has removed this discount. At the same time, by selling Westfield Corporation to Unibail-Rodamco for $32 billion, they are taking on the threat from on-line retailing and the Amazon juggernaut head-on by helping to create a $95 billion global retail empire with 104 shopping centres spanning 27 major cities across 13 countries. 56 of these centres, representing 84 per cent of total portfolio value, are flagship shopping destinations;

2. when investing emotion takes second place – there will be no Lowy dynasty. As Frank said at the press conference “ït’s a day of mixed emotion but I am 100 per cent comfortable with the decision … and the most important thing is that the transaction is in the best interest of shareholders. That principle has guided my business decision making since 1960 and it does so again with today’s announcement”;

3. technology will play an increasing part of the retail landscape with the recently renamed Westfield Solutions, OneMarket, to be spun out and listed on the ASX with $200 million in cash. Not surprising, Steven Lowy will chair OneMarket. OneMarket’s website proudly boasts it’s “reshaping the way the world shops with the world’s most powerful network of retailers, venues and technology partners. The network unites retailers, brands, venues, and partners to facilitate collaboration, encourage data sharing, and implement new technologies like natural voice processing, AI, and AR at scale”. Speaking at an industry forum last year, Steven Lowy said Australian “retailers are not investing sufficiently in technology and I think that will begin to bite very hard. I would expect that the impact of technology in other western markets to come here [within] five years. I would be staggered if Australia is going to be immune to that"; and

4. move quickly and ensure your advisers are loyal to the transaction. Despite being Australia’s largest M&A deal with a cast of investment bankers, lawyers, tax and financial advisers across three continents, this deal didn’t leak to the market. It’s a testament to the way the Lowy’s do business and the loyalty they expect and receive from their advisers. How many transactions do we see where leaks occur well ahead of any formal announcement?

From an investors point of view, the smart money which has followed the Lowy’s has been well rewarded. $1,000 invested in 1960 would be worth $440 million when the take-over concludes in mid 2018.

The Lowy’s aren’t selling out completely, they intend to maintain a substantial investment in the merged entity. Assuming the transaction is successful, Unibail-Rodamco intends to establish a Chess Depositary Interest (CDI) listed on the ASX. This will allow Australian investors to continue to trade the stock and follow the fortunes of the Lowys. The Lowy ride isn’t completely over just yet. Watch this space for their next move.

B
Brian Harry Meynell
14th Dec, 17
I bet Gerry Harvey is having some sleepless nights about the future of Retailing.......
c
colin duffy
10th Jan, 18
Solomon Lew will need some help finding sleep too I think its bail from retail

Get investment ideas from Winston Sammut when you sign up to Livewire Markets.