G is for governance, not gambling 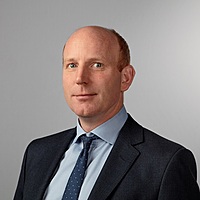 At Skerryvore, we define risk as the permanent loss of capital. Assessing this risk begins with understanding the people who are responsible for capital allocation at a company, their track record and alignment with minority shareholders. Failure to take this into consideration is to ignore the ‘G’ in ESG.

Our process begins by studying the history of a business to make a judgement call on the integrity of its leaders based on their actions.

Choosing to either ignore or de-emphasise this moves away from investing towards something more akin to gambling, hoping the trap won’t spring shut while you’re picking out the cheese.

For example, buying shares in businesses whose controlling shareholders are beholden to or beneficiaries of corrupt political regimes is not risk-aware, which explains our strategy’s lack of exposure to Russian companies.

What our due diligence revealed is a company controlled by two of Russia’s most powerful oligarchs who acquired their stake during the chaotic and often deadly privatisation process in the 1990s. Nornickel is also today one of the world’s largest emitters of sulphur dioxide.

The environmental damage the company has wrought is even visible from space. Taking these together with the company’s alarming record of accidents indicates, to us, weak or misaligned management. Accidents include an enormous Arctic oil spill in May 2020 that was linked to poorly maintained storage tanks and the deaths of three employees in February 2021 when a processing plant belonging to the firm collapsed. Residents of Norilsk continue to complain their drinking water is tainted by the oil spill and there remains an open criminal case against the company claiming safety reports for the collapsed plant were falsified1,2. For the reasons above Nornickel has never been included in our watchlist of investible companies.

As bottom-up stock pickers we have not chosen to ignore Russia and, in the past, have had some Russian companies on our watchlist. However, the last one, a leading supermarket operator, was removed in 2018 when the founder, whom we held in high regard, sold his shares. These were acquired by the family of Sergey Lavrov, Russia’s foreign minister. The transaction was facilitated by a government-controlled bank and we removed the company from the watchlist as soon as this information came to light.

Just because something can be measured doesn't mean it's valuable

The Russian invasion of Ukraine and downgrading of top-rated Russian businesses by ESG ratings companies also highlight the limitations and risks of assessing sustainability using a purely data-centric and scoring-based approach. This can be illustrated by the now defunct ‘Ease of Doing Business Index’, which was produced by the World Bank. One may be surprised to learn that in 2020 Russia ranked 28th – above Japan, Spain and Switzerland – and had been steadily rising up the table despite events such as the quasi-state appropriation of a leading supermarket chain in 20183.

This happened because the annual ranking of business-friendliness of regulatory systems wasn’t based on a qualitative assessment of business surveys. It analysed regulations and regulatory change and gave points for pro-business measures and took them away for anti-business ones. In many ways it favoured authoritarian regimes with the capacity to pass regulations quickly through rubber-stamp parliaments over democratically elected ones. It also appeared to put a premium on laws as they were written rather than how they were enforced.

The Ease of Doing Business Index is also rather an extreme example, in that the organisation itself has had to suspend the league table since 2021 due to concerns over ‘data irregularities’. It has been alleged that World Bank management put pressure on staff to manipulate the scores and promote or demote certain countries in the rankings. It is a great example of Goodhart’s Law – ‘when a measure becomes a target, it ceases to be a good measure’.

The natural human response to the avalanche of ESG data now being produced has been to quantify, simplify and compare. Although this is useful in part, our preference when assessing sustainability and governance in particular is to focus less on the ‘what’ and more on the ‘why’. The disclosure of a policy or quantitative metrics won’t necessarily reduce risk, unless the people behind the business have integrity, and the governance structure and culture of the institution is aligned with the needs and requirements of minority shareholders.

Skerryvore Asset Management is a boutique of BennBridge, the UK arm of Bennelong Funds Management. The team are fundamental, bottom-up investors seeking to create high conviction portfolios of reasonably valued, high-quality companies that are exposed to, or operate in, emerging markets. For more insights, visit Skerryvore's website.

........
1. ABC News (7 September 2016). River in Russia mysteriously turns blood red. https://abcnews.go.com/International/russian-river-mysteriously-turns-blood-red/story?id=41914260 2. NS Energy (17 June 2020). Russian authorities pursue criminal investigations over Norilsk diesel spill. www.nsenergybusiness.com/news/company-news/norilsk-diesel-spill-russia-investigations 3. World Bank Group (2020). Doing Business 2020 – Comparing Business Regulation in 190 Economies. https://documents1.worldbank.org/curated/en/688761571934946384/pdf/Doing-Business-2020-Comparing-Business-Regulation-in-190-Economies.pdf. This information is issued by Bennelong Funds Management Ltd (ABN 39 111 214 085, AFSL 296806) (BFML) in relation to the Skerryvore Global Emerging Markets All-Cap Equity Fund. BFML has appointed BennBridge Ltd (‘BennBridge’) as the Fund’s Investment Manager, which is authorised and regulated by the UK Financial Conduct Authority. BennBridge is a Corporate Authorised Representative of BFML (AFSL Representative No. 1281639). All regulated activity relating to portfolio management, including execution of trades, takes place within BennBridge as the regulated entity. Skerryvore Asset Management LLP (‘Skerryvore’) is a boutique asset management team. The company is majority owned by team members, and minority owned by BennBridge. Skerryvore’s personnel are assigned to BennBridge in order to provide portfolio management and trading activities. Skerryvore and BennBridge are collectively referred to as ’the Skerryvore team’. This is general information only, and does not constitute financial, tax or legal advice or an offer or solicitation to subscribe for units in any fund of which BFML is the Trustee or Responsible Entity (Bennelong Fund). It is not intended for UK recipients, and financial promotion must not be acted on by persons in the UK. This information has been prepared without taking account of your objectives, financial situation or needs. Before acting on the information or deciding whether to acquire or hold a product, you should consider the appropriateness of the information based on your own objectives, financial situation or needs or consult a professional adviser. You should also consider the relevant Information Memorandum (IM) and or Product Disclosure Statement (PDS) which is available on the BFML website, bennelongfunds.com, or by phoning 1800 895 388 (AU) or 0800 442 304 (NZ). Information about the Target Market Determinations (TMDs) for the Bennelong Funds is available on the BFML website. BFML may receive management and or performance fees from the Bennelong Funds, details of which are also set out in the current IM and or PDS. BFML and the Bennelong Funds, their affiliates and associates accept no liability for any inaccurate, incomplete or omitted information of any kind or any losses caused by using this information. All investments carry risks. There can be no assurance that any Bennelong Fund will achieve its targeted rate of return and no guarantee against loss resulting from an investment in any Bennelong Fund. Past fund performance is not indicative of future performance. Information is current as at the date this podcast was published.
save

Glen is the Lead Portfolio Manager and a Co-Managing Partner at Skerryvore Asset Management, which he established in partnership with BennBridge in 2019. Prior to Skerryvore, Glen was the Head of Global Emerging Market Equities at Janus Henderson...