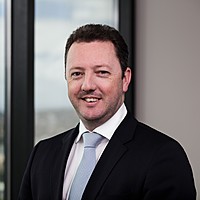 As another year draws to a close, Australia looks forward to the arrival of summer, a much-needed break with family and ideally an Xmas rally. For investors who have weathered a particularly challenging last few months, thoughts will also turn to where the opportunities might be found in the year ahead. For Livewire's Christmas Crackers, we look at the bull case and the bear case.

The bulls will claim its Game On with a white-hot US economy, relatively low-interest rates, a solid earnings season and low unemployment rates.

The bears will talk trade, debt levels and the reversal of QE as reasons why its Game Over for this ageing bull market.

Game on or game over?

In recent times, trade and tariffs have taken centre stage as the issue of the day with markets now swinging wildly on any perceived progress or setback. While trade is clearly an issue, we'd point out that the first of the tariffs were implemented in January 2018, yet the market continued to make new highs through to September.

So despite taking all the recent attention, it's possible trade may not be the key issue facing markets next year. That said, should the US and China find a way to hammer out a lasting trade agreement it could well be Game On for markets in 2019.

Focus on the opportunity set

With long-short investing in our DNA, at Regal we tend to worry less about the overall market direction, rather focusing on the opportunity set created as industries change, the macro shifts and markets fluctuate.

With the market distracted by the trade issue and the bull argument well catered for, I’ll briefly discuss where we see mounting risks and hence the greater opportunities for our short books.

Internationally, the withdrawal of QE, a move higher in rates and continued USD strength is starting to drag liquidity from the system.

So far the negative impacts have been largely limited to emerging markets, causing problems for some of the listed miners and export-reliant industrials.

However, developed economies, led by the US still look solid. Regal recently conducted a fact-finding mission to the US where we met with over 50 US companies and there's no doubt the economy is booming.

However, there is increased evidence that years of capex underinvestment in favour of share buy backs is being felt in the form of capacity constraints, while the labour pool appears to be reaching the point of exhaustion. Based on our findings we will be keeping a sharp eye on US margins, cost pressures and inflation over the coming year.

On the home front, government intervention into banking & insurance sectors has forced industries to restructure, shifted profit pools and slowed credit creation with the most obvious impacts being seen across the housing and automotive sectors.

While a pause to the skyrocketing house prices is welcomed by home buyers, businesses tied to the health of the sector are unlikely to be as enthused.

The negative wealth effect and confidence hit is now starting to take the edge off the consumer's propensity to spend. The Australian consumer looks likely to come under further pressure in the new year, while a series of upcoming election campaigns will also have a tendency to suppress activity levels in the short term.

Whichever way markets decide to move in 2019, we are confident that we are positioned to take advantage of the long side opportunities thrown up by the recent pullback, while also benefiting from the short options presented by shifting industry and macro dynamics.

Fifth Estate seeks to invest in fast growing emerging companies. We are building a brand that is recognisable to emerging companies in their search for valuable partners and capital providers across both unlisted and listed markets.

Get investment ideas from Dane Roberts when you sign up to Livewire Markets.