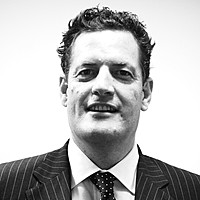 I wrote about GBR's Mt Venn earlier this week at 23.5c (last 29C +23.4% - Metallurgy can make Mt Venn + Jundee South near Northern Star's NST.ASX major Zodiac discovery). Today GBR has announced a significant intrusion identified near the Mt Venn complex. There is no doubt from the language used, they are trying to make it clear they feel they are onto something significant. "Gravity survey highlights immense exploration upside at Mt Venn copper-nickel-cobalt project " - "Survey identifies an extremely large intrusive body which is coincident with surface copper-nickel-cobalt anomalism". As background, prior to Mt Venn drill program and discovery, it was initially described as having some characteristics similar to the Sirius Nova-Bollinger discovery (now owned by IGO.ASX $2.7b mkt cap). The Mt Venn discovery so far has identified very broad copper-nickel-cobalt, with the dominant metal being copper. The copper occurs later in the sequence, and the target is to identify the earlier sequence which could be nickel-cobalt rich. (VIEW LINK)

Tom is a Founder and Head of Wealth Management. For the past 10 years, he has been running the Wentworth Model Portfolios, focusing on macroeconomics and tactical equity positioning. These portfolios were initially created as a solution for "core...

Get investment ideas from Thomas Schoenmaker when you sign up to Livewire Markets.