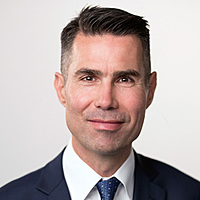 The terms ‘growth’ and ‘value’ are used in ways that suggest you can divide stocks and investors into two opposing tribes, like Democrats and Republicans or the Montagues and Capulets. We show that as popularly used, these are flawed concepts. We demonstrate why, and offer an alternative.

It is understood that growth stocks will generate faster-than-average earnings growth, and that stocks that trade of low multiples of some variable are cheap. Naturally, Let’s see if these assumptions stand up to scrutiny.

There is no relationship between past sales per share growth and future EPS growth. We took the 733 US companies that have a market capitalisation greater than $5 billion and more than seven years’ history as a listed company. We divided them into five groups ranked by annualised sales growth over 2011 to 2014 and looked at the EPS growth over the following three years (testing over a different three-year period also showed no relationship). There is no evidence that we are aware of that suggests superior future EPS growth can be identified through share price momentum.

If future fast-growers can’t be identified quantitatively, can analyst judgement (on average) do better? The answer, as is clearly demonstrated below, is no.

Some companies do indeed grow faster than others. However, they cannot be reliably identified by analysts, on average. Nor can they be identified by standard quantitative tools.

Ranking stocks by measures such as PE, price-to-book or price-to-sales do not identify cheap stocks. They capture whether a stock trades on a high or a low multiple relative to the market. However, they do not capture the essence of value, which is where the stock trades relative to where it should trade.  Designating stocks on below-average multiples as cheap, or ‘value’, and above-average multiples as expensive makes an implicit assumption that all stocks should trade on the same multiple. A low multiple does not mean a cheap stock.

Once you scratch the surface, the labels ‘growth’ and ‘value’, as used in relation to stocks and investment managers, don’t have the meaning that is conventionally attributed to them. Rather than thinking in terms of an artificial, binary distinction of growth or value, our approach is growth in value. Growth in value occurs through companies earning superior returns on invested capital. We look to own those select businesses that become more valuable over time, where we can own them at less than today’s value and where we judge the risk of disappointment to be low.

Never miss an update
Get the latest insights from me in your inbox when they’re published.
save
Stephen Arnold View Profile
Managing Director & Chief Investment Officer
Aoris Investment Management

Peter Brown
29th Oct, 18
Thank you for this article. I found it insightful. I have thought that the binary distinction for a long time is too simplistic. It completely ignores companies that can be both or neither. Analysts would be better to report on whether their stock picks represent growth at reasonable value (GARV). I would be interested in you presenting a future post on how you found one of the companies you identified using your parameters. (superior ROIC, where they are trading at less than today's value and potential for disappointment low). I know that some fund managers don't like to share precisely how they find stocks but as Warren Buffett stated he hasn't noticed people rushing to use sense when selecting stocks. Thank you.

Stephen Arnold
29th Oct, 18
hi Peter, thanks for your comments and question. I look forward to posting a wire on our approach in a more constructive sense ie what we look for, how we think about value creation, and where we have found it. Cheers, Stephen