Running the ruler over Harvey Norman 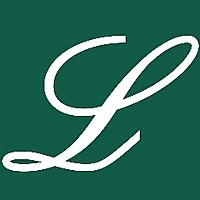 *Outstanding loans to franchises fell from $943m to $935m

*Tactical support given was $64.5m which has come down from $125m during the GFC. Gerry Harvey has stated he will bring down this figure to $25m.

*Company-operated sales revenue of $1.83bn up 2.1% on previous year

*Earnings from company owned stores increased by 24.3% to $91m

*Standouts were Singapore and Malaysia, where earnings increased by 70% to $19m

*Non-core businesses include a dairy business and mining holdings. Gerry has since indicated he is existing the dairy operation.

The ownership of a robust, high-quality and
sustainable property portfolio valued at $2.66
billion is the linchpin to a successful franchising
and retail strategy as it delivers a steady and
reliable income stream and generates strong
capital appreciation. The investment property
portfolio in Australia has a net property revaluation
increment for 2017 of $107.38 million and a fair
value of $2.24 billion.
The perceived risk to the property valuation is a
downturn in retail, and the rents that will accrue to
property owners in the event that retailers come
under pressure – impacting their ability to sustain
rental payments.
Composition of Total Assets of $4.19m
Keeping in mind the market capitalisation of HVN
is $4.37bn A significant initiative is the development of a franchised flagship complex in Australia and a flagship store in each of the seven overseas markets. Each of the Flagship stores and the franchised Flagship complex is designed to provide an unrivalled customer experience in terms of store design and premium product offering. The initial success of the Flagship strategy is evident in the result generated by the company-operated retail segment located in the seven offshore markets where profit before tax for the year ended 30 June 2017 increased by 30.8% to $100.86 million
from $77.09 million in the previous year. When the results of the other non-franchised retail brands in Australia are included, the result before tax of the company-operated retail segment increased by 24.3% to $90.85 million from $73.11 million in the previous year.

There are key risks impacting the discretionary retail environment:

Amazon – is a huge perceived risk to Australian retailers. HVN management has indicated that they will price match Amazon, which will adversely impact margins. Our view is that the risk of Amazon has been overstated in the near-term. Our population is far more disparate than Amazon’s key market in the US. For example, Amazon has taken 3% market share in Canada. While competition in retail is expected to intensify, we see an opportunity in HVN given the depressed valuation and scope for capital management. HVN is currently trading at a 20% discount to their relative historical level.

The retail sector trades at a steep discount to the broader market, largely due to the risks highlighted above. The retail sector trades at a steep discount to the broader market, largely due to the risks highlighted above.