High on Fibre, Low on NBN 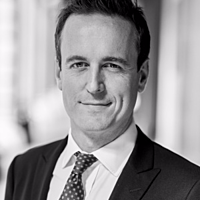 “Carnage” is a word that comes to mind when thinking about the Australian telecom industry at the moment. Shares of major telecom players are down anywhere between 50% – 70% over the last couple of years, mainly due to:

As investors flee the sector, there is one company, however, which has caught our eye – TPG Telecom Limited (TPG).

Over the years, TPG has made a few strategic acquisitions (mainly PIPE Networks and AAPT) through which it has come to own an extensive 11,000km fibre-optic network, spanning major cities across Australia. While this network has allowed TPG to offer competitive wholesale products to Australian businesses, it’s the network’s application to the consumer side of the business that excites us. TPG’s own fibre-optic network has allowed it to offer a viable alternative to the NBN (simply called FTTB – Fibre to the Building) to a potential 500k apartments (currently, the service is available to ~200k apartments). Initial numbers on take-up have been encouraging and anecdotal evidence suggests that customers are extremely satisfied with the product. This is a win-win product for both TPG and its customers. And it’s not hard to see why. The plan is much cheaper than an equivalent NBN plan ($59.99 per month vs. $89.99 per month for unlimited data) while maintaining speeds of up to 90Mbps, even during the much-dreaded peak hours. For TPG, this is a very profitable product as it doesn’t have to pay the exorbitant charges for access to NBN Co’s network (currently ~$45 per month per subscriber for a 50Mbps plan).

On the mobile front, TPG acquired spectrum in 2017 to transition from being a virtual service provider using Vodafone’s network to becoming a full-service mobile network operator in its own right. What is interesting to note, however, is TPG’s use of small cell sites in order to build its mobile network. TPG can leverage its extensive fibre infrastructure to provide vital fibre-backhaul to these small cell sites for the provision of 5G services in a few years’ time. While others will have to build infrastructure to transition to 5G services, TPG is already laying the groundwork to be future ready.

That brings us to David Teoh, the founder and CEO of TPG, who has been instrumental in shaping TPG’s strategic direction over the years. In an industry which is increasingly becoming commoditised, the lowest cost producer has a distinct advantage. David Teoh’s quest to becoming self-reliant in terms of infrastructure is geared towards facing up to this reality and if his track record is anything to go by, it is reasonable to assume that he knows a thing or two about running a tight ship. A bet on TPG is as much a bet on David Teoh himself. He is:

With almost 60% of shares locked-up with the top two shareholders, this leaves only $2.1B of free float market cap vs. a total market cap of around $5.3B. Compared to Telstra’s $33B free float market cap, one could argue that TPG’s shares should also have a scarcity premium with investors left chasing only a limited number of shares of the company.

Finally, as with any investment thesis, things can go wrong and it’s no different with TPG. However, given the market already appears to be factoring in low subscriber growth, declining average revenue per user, and declining margins, we feel surprises are likely to be more positive than negative.

Josh is a founding partner of KIS Capital Partners (2009) as well as a member of the KIS Capital Investment Committee and has been involved in the construction and implementation of portfolio strategy and risk management since inception.