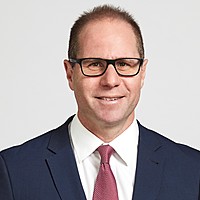 What do these three items have in common? Costco.

Loss leaders have been used by retailers to attract customers for a long time. Costco is renowned for doing it better than most.

Each year Costco sells more than 130 million of their famous hot dog and soda combo’s. Since launching in 1985, the price point has been unchanged at $1.50. If the price had kept pace with inflation, it would be over $4 today.

Costco also sells more than 100 million roast chickens a year at the artificially low price of $4.99. To limit future losses (around $30 million to $40 million a year), the company has set up its own processing plant, a move that will save 35c per chicken.

On average petrol is 30c per gallon cheaper at Costco, with motorists saving $4 each time they fill-up a standard size car. 51% of petrol customers will also shop in store.

With 116 million paying members globally (see chart), Costco is uniquely positioned to compete with larger rivals Walmart and Amazon. Revenue earned from membership fees and exactly zero advertising spend enables the company to maintain a gross margin of only 13% (compared to 24% for Walmart), providing exceptional value for customers.

Costco possesses a robust business model that is resilient to both inflation and recessions. With future earnings growth driven by membership fee increases and further international expansion, Costco is a core holding of the Sintra Global Fund.