How are Australian Cricket and Investing alike? 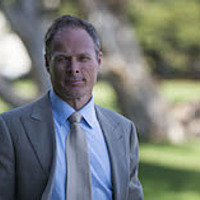 The Australian cricket team at this point appears to lack the skills to be a great test side losing embarrassingly to South Africa in the first series of the summer. For those non-cricket folks, a test match is played over five days and requires enormous tactical skills, patience, stamina and discipline. On the other hand, Cricket also has two shorter formats that are played over less than a day. These games require less patience, less discipline but possibly more brute strength…not sure what else they require more of. My father, the purist, calls One Day Cricket “the pyjama game” due to the colourful (non-white) attire and he generally scoffs at the short-termism of the game. In parallel, I’m constantly amazed at the short-term obsessed nature of the stock market.

The best investors that I talk to, listen to and collaborate with are long-term thinkers and doers. If there is a single difference between those who practice this profession well and those who don’t, it is this difference. Successful investing is a long-term process and requires, good strategic thinking, discipline, and patience…perhaps it’s no surprise that Sir Ron Brierly, a true veteran of our industry (he has been doing this longer than anyone) loves test cricket, I suspect many good investors would if not love the game, at least appreciate the skills required to play and win a game that goes for five days.

The Importance of Capital Allocation Skills

Last month I attended the Sohn Hearts and Minds conference in Sydney. It was worthwhile on several fronts. Afterwards, I had a brief chat with long-time investor, Gary Weiss. Gary was talking about an element of investing that I do consider but had not articulated clearly to others. He said that while a company may be generating excess free cash or about to, his experience has been that most companies do not allocate capital wisely. I have witnessed this many times. It is a reminder that: firstly, good managers are not necessarily good capital allocators and secondly, it is rare for a company to acknowledge that its core business will not provide satisfactory returns and therefore capital should be returned to shareholders. This is a very difficult fact for companies and individuals to accept.

PMP has come to that conclusion but only after a series of CEOs kept throwing good money after bad and destroying large amounts of shareholder funds. In the must-read book “Outsiders” by Bill Thorndike, he looks at the best managers of public companies over a long period of time. One of the key commonalities amongst these superstars is their unbiased, superb capital allocation skills. I don’t see this skill amongst many managers or boards, but it is one I seek! As you can see below, the PMP recovery under current management has been significant but a long way short of previous highs.

We recently hosted an American investor from New York who was here to learn more about Australian fund managers and the country we operate in. He had several observations but probably the most poignant was that (almost) everyone he met in Australia was negative about the market and most investors were holding as much cash as they could. The market has subsequently rallied.

We are always very wary of consensus views, and it reminded us that our investing was based on the ability to find compelling opportunities not trying to forecast what markets are going to do. Of course, good value is usually found in unpopular situations. Our cash position has come down as we have deployed capital into several investments including our newest position as discussed below.

Two weeks ago I visited Kangaroo Island in order to develop a better understanding of the assets of Kangaroo plantations (ASX:KPT). The company has historically been incredibly illiquid but via a recent capital raise we bought a position for the fund. KPT is now the owner (subject to deal completion) of the vast majority of forestry assets on KI. These are predominantly hard wood eucalypts that have been grown to be turned into woodchips and sold into the global market. The big problem has been that when these trees were planted by the MIS scheme operators and sold to investors pre-GFC, there was no way to get the trees off the island…derrrr I hear you say. Yes, to that and shame to those financial planners who sold these schemes to their clients. But that is another story.

These forestry assets have ended up in a small listed entity run by sound management and a sensible board. Both board and management have significant stakes in the company. The big catalyst for KPT is the proposal currently with SA Government to build a wharf to export wood chips. In the event, the wharf is approved (as we expect) the value of the land and trees will increase substantially and the venture then has the potential to be KI’s major industry and job provider with a long-term sustainable future. There remains some risk but it makes compelling sense for the SA Government to approve the project and we think the odds favour this eventually occurring. We expect KPT based on a compelling risk/reward offering to provide good long-term returns.

One trend that is happening slowly in both Australia and around the world is banks are moving away from providing finance to many areas that they have been traditionally active in. Banks are becoming wholesale funders. Banks are more than ever retreating to wholesale funding of institutional and transactional banking and of course, lending against bricks and mortar. There are several drivers including, changes in regulations, digitisation and short-term earnings expectations provided by investors.

We read about many opportunities in which banks have pulled out of certain areas where more nimble and flexible players are trying to exploit (crowdfunding among them). Our portfolio has exposure to this trend via our significant position in FSA Group (FSA), our small but profitable investment in Money 3 (MNY) and our positions in Armidale (AIK) and Credit Corp (CCP) are also positioned to capitalise on this opportunity.

We remain very cautious on the long-term growth opportunities of the major listed banks, but if the price is right, we could be tempted. As you probably know, we like to buy assets CHEAP.

Nigel has been an investor, advisor, newsletter publisher and fund manager in the Australian Stockmarket since 1986