How Australia can produce green steel 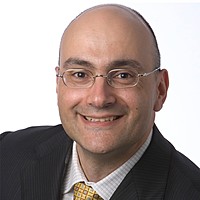 Australia’s natural resources, most notably in the north west, could see us at the forefront of global “green steel” production. Fortescue Metals (FMG), BHP and Rio Tinto (RIO) have the opportunity to have the iron ore they mine processed domestically by harnessing the abundant solar and wind resources in the region to create hydrogen which can be used as a reductant in the steel making process instead of coal.

With climate change and global warming becoming increasingly important across society, using hydrogen to produce green steel (and potentially other uses) could be a very sweet spot for Australia and our big miners. And potentially this could happen within a decade.

Carbon free electricity remains elusive and is mainly produced via solar, wind, hydro or nuclear. Given Australia’s position on nuclear and our lack of hydro resources, solar and wind appear to be the only real alternatives. The right combinations of wind and sun are required to generate a consistent flow of electricity to power an electrolyser and ultimately create hydrogen.

Such climatic conditions only occur in limited locations around the world.

Fortuitously, as Figure 3 illustrates, one of these locations is in Western Australia. Work undertaken by the Grattan Institute highlights Australia’s renewable energy resource endowment is both large and rare, giving us a comparative advantage.

Notes: Land higher than 3,000 metres is excluded because renewable energy resources are harder to use when they are in mountainous terrain. High-quality resources are defined to be areas with average wind power-density of at least 450 W/m2 and average daily solar photovoltaic potential of at least 4.5kWh/kWp. North Africa includes the Horn of Africa

Those who have studied chemistry may remember that hydrogen is the first element in the periodic table. In normal conditions hydrogen is a colourless, odourless, tasteless and highly flammable gas. Most of the earth’s hydrogen is locked in water (H2O) and in hydrocarbons such as methane (CH4).

There are two main methods of producing hydrogen. Green hydrogen is produced via the electrolysis of water while blue hydrogen is extracted from fossil fuels. Our focus is on the more climate friendly green hydrogen.

Green hydrogen is produced via an electrolyser. In an electrolyser an electrical current is passed through a water cell breaking up the water (H2O) into hydrogen (H2) and oxygen (O2). If the electricity production emits no carbon dioxide then the hydrogen is deemed to be carbon free or green.

Hydrogen gas is already produced in large quantities around the world; in 2018 approximately 117mt was produced, but most of it was consumed for its chemical properties rather than as a source of energy.

The problem with hydrogen has been its low density, high reactivity, low boiling point and high combustibility; which means hydrogen is difficult, costly and dangerous to transport. This limits its industrial application as a source of energy.

Enter ammonia. Ammonia (NH3) is a molecule with one nitrogen atom and three hydrogen atoms. Liquified ammonia contains more hydrogen – and therefore more energy per unit of volume than hydrogen gas. Furthermore, ammonia can be transported more safely and cheaply making it a perfect way to transport hydrogen. (Investing in companies that produce ammonia is another way to gain exposure to the de-carbonisation thematic.)

Green steel: The next big thing?

The global steel industry produces around two billion tonnes of steel each year with a value of around US$2.0 trillion depending on the market price. Coal is the principal source of energy. Steel production accounts for over three billion tonnes of carbon dioxide or around 8% of global emissions.

Given the magnitude of the problem and hence the corresponding reward for solving it, there have been many projects launched around the world looking into producing steel via alternative methods. Many have focused on using hydrogen, rather than coke/coal. If successful, this would have a significant impact on the volume of carbon dioxide produced and would render the steel “green”.

Green steel has been produced in a number of locations around the world but in small, subscale volumes. Reducing capital and operating costs remain the hurdle. However, as we have seen in many other industries, Wrights Law usually applies, as industries grow in scale bringing down unit costs.

Wright’s Law: While studying airplane manufacturing, Wright determined that for every doubling of airplane production, the labour requirement was reduced by 10-15%. In 1936, he detailed his full findings in the paper “Factors affecting the costs of airplanes.” Now known as “Wright’s Law”, or experience curve effects, the paper described that “we learn by doing” and that the cost of each unit produced decreases as a function of the cumulative number of units produced.

Given the intense focus on decarbonisation it is not impossible that the cost of hydrogen and the cost of green steel falls to a level that renders production economic. Furthermore, the prospect of consumers paying a premium for a car or washing machine made from green steel would bring forward the time to profitability.

The Lucky Country and Lucky Companies

Western Australia, has the large land area where climatic conditions would allow the large and continuous supply of green hydrogen energy due to its fortunate solar and wind resources; the Pilbara has some of the world’s largest iron ore reserves and BHP, RIO and FMG all have the financial and emerging intellectual capital to exploit the massive opportunity to create green steel. And they have signalled, and allocated capital towards reducing carbon emissions which may include the production of green hydrogen and green steel.

Stay up to date with all our latest news and insights on Livewire by hitting the follow button below, or visit our website for more information.

LIVEWIRE FUND PROFILE
Antares Equities: Antares High Growth Shares Fund
........
Antares Capital Partners Ltd ABN 85 066 081 114, AFSL 234483 (‘ACP’ or ‘Antares’), is the Responsible Entity of, and the issuer of units in, the Antares Australian Equities Fund ARSN: 090 827 802, Antares Dividend Builder ARSN: 115 694 794, Antares Elite Opportunities Fund ARSN: 102 675 641, Antares Ex-20 Australian Equities Fund ARSN: 635 799 530, Antares High Growth Shares Fund. This report has been prepared in good faith, where applicable, using information from sources believed to be reliable and accurate as at the time of preparation. However, no representation or warranty (express or implied) is given as to its accuracy, reliability or completeness (which may change without notice). This communication contains general information and may constitute general advice. This report does not take account of an investor’s particular objectives, financial situation or needs. Investors should therefore, before acting on information in this report, consider its appropriateness, having regard to the investor’s particular own objectives, financial situation or needs. An investor should consider the current Product Disclosure Statement and Product Guide for the Fund (‘PDS’) in deciding whether to acquire, or continue to hold, units in the Fund and consider whether units in the Fund is an appropriate investment for the investor and the risks of any investment. We recommend investors obtain financial advice specific to their situation. Past performance is not a reliable indicator of future performance. Returns are not guaranteed and actual returns may vary from any target returns described in this document. Any projection or other forward looking statement (‘Projection’) in this report is provided for information purposes only. No representation is made as to the accuracy or reasonableness of any such Projection or that it will be met. Actual events may vary materially. ACP is part of the IOOF group of companies (comprising IOOF Holdings Ltd ABN 49 100 103 722 and its related bodies corporate) (‘IOOF Group’). The capital value, payment of income and performance of any financial product offered by any member of the IOOF Group including but not limited to Antares, are not guaranteed. An investment in any product offered by any member of the IOOF Group including but not limited to Antares, is subject to investment risk, including possible delays in repayment of capital and loss of income and principal invested. Any opinions expressed by ACP constitute ACP’s judgement at the time of writing and may change without notice. In some cases the information is provided to us by third parties, while it is believed that the information is accurate and reliable, the accuracy of that information is not guaranteed in any way. None of ACP, any other member or the IOOF Group, or the employees or directors of the IOOF Group are liable for any loss arising from any person relying on information provided by third parties. This information is directed to and prepared for Australian residents only. ACP disclaims all responsibility and liability for any loss, claim or damage which any person may have and/or suffer as a result of any persons reliance on any information, predictions, performance data and the like contained within this document, whether the loss or damage is caused by, or as a result of any fault or negligence of ACP, it’s officers, employees, agents and/or its related bodies corporate. Bloomberg Finance L.P. and its affiliates (collectively, ‘Bloomberg’) do not approve or endorse any information included in this publication and disclaim all liability for any loss or damage of any kind arising out of the use of all or any part of any such information.
save

Get investment ideas from Nick Pashias when you sign up to Livewire Markets.