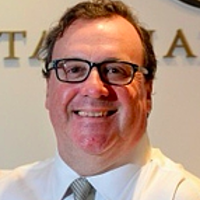 October’s share market plunge confirms the view that traditional investment methodologies have their limitations and can be a very unsettling way to protect and grow your wealth. Here we argue that the long-established “endowment model approach” should be embraced for those in charge of their own destiny.

The modern Mr Market may be over 70 years old, but he’s lost none of his lesson-learning for today’s investors – albeit, the lessons can be painfully jagged as he lurches between bouts of euphoria and fear.

October said it all, really. As a global measure of markets in 23 developed economies, the MSCI World Index slumped 5.28%.

The world’s ‘big brother’, Wall Street, exceeded that range and, year to date, the American market is just above break even. In Europe it’s worse; YTD the FTSE 100 is down 7.28% and the DAX 11.38%. You would not want to be an investor on the Shanghai bourse; it’s down a whopping 21.30% YTD. Here in Australia, the market is down 3.87% so far this year – by comparison, chilly comfort for investors reeling from the October rout. If you want to stick with traditional equities investing, well, perhaps the Oracle of Omaha a long time ago best analysed your predicament. In his 1987 shareholder letter, Warren Buffet gave this verdict on Mr Market:

"Sad to say, the poor fellow has incurable emotional problems. If he shows up some day in a particularly foolish mood, you are free to ignore him or to take advantage of him, but it will be disastrous if you fall under his influence."

An approach that turns traditional portfolio construction on its head – and an approach embraced by the world’s larger and most skilled investors such as large Universities, Sovereign Wealth Funds, and the larger Family Wealth institutions – is the Endowment Model.

This approach embraces both active risk management and consistent sustainable returns through the market cycle. The average Australian investment portfolio will have 5-10% in skilled base “alternative investments”, where the average larger global Endowment will have 80+% in these skilled based alternatives.

The new concept of diversification

To be under the influence of the market is to lose control of your investment – selective, diversified detachment is the order of today, as it will be in the future. Non-correlated investing is the way to consistent sustainable returns, and involves strategies and managers the average Financial Planner has no idea of understanding. So find those few that do and make your assessment not just in how they do in the good times but how they perform in the bad times just like last month or 2008, 2011…

When I talk of selective, diversified detachment I am focusing well beyond the common concept of diversification – the traditional mix of equities across a range of sectors with some nicely structured property and cash holdings in there, to boot. As I have noted before, the GFC put a stake through the heart of Markowitz’s Modern Portfolio Theory embraced by most traditional investors.

We look for the best CTA / FX / Global Macro / Commodity managers delivering returns which are not correlated with traditional asset classes and are a typical exposure in most endowment portfolios.

The exposures have to be to managers who, when combined, have different approaches: some may be high frequency traders, others longer term trend followers, while others again may just trade currencies or commodities and so on.

Look for multiple styles globally. And I don't just mean British or European or U.S based teams. Cultural and academic influences are in play – a team in Hong Kong will be very different to a team in London, and different again to a team in New York. In some ways, they all approach markets and opportunities differently. Selective, diversified detachment from traditional markets

The intelligent investor of today is a very different character to that of Ben Graham’s book of the same name. It rightly became the bible for its time and the decades after, and there are certainly gems within that are relevant to today. However, the dynamics of investment are vastly different to 1949 and Mr Market has been overtaken.

As the ‘big’ investors – endowments, foundations, etc – have shown, there are other more reliably profitable ways of wealth generation beyond riding with, or playing against, equity markets.

The future is all about widening the opportunity set.

Experience in investment strategy and implementation of multi-asset, multi-manager portfolios. Previously at Lehman Brothers and Paine Webber (UBS), before establishing, then selling, his own asset management firm in the US, prior to founding NWQ.

Jerome Lander
2nd Nov, 18
Spot on Jon. There is no point betting very heavily on whether an expensive equity market goes up or not from here if you don't have to....There are other ways to make more resilient consistent returns with less downside risk which are much better aligned with most people's preferences (less likely to lose large amounts of money!)

Adam Easter
3rd Nov, 18
Great wire Jon! Thank you. I really like what NWQ Capital, DAC and the MCG Endowment Strategy Fund are doing with dedicated "Diversified Alts" strategies. Affluence Funds Management also use some very interesting and very effective wholesale Alts strategies in their flagship fund. There are some great options in the Australian market for advisers to use with their clients for the likes of now, where traditional growth asset valuations are arguably high, and also for the future as part of a long term investment strategy to preserve capital/lower the downside risk.

Get investment ideas from Jon Horton when you sign up to Livewire Markets.