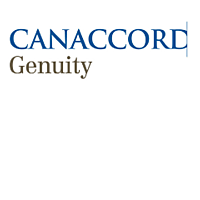 Impedimed's (IPD) latest announcement maintains its track-record of over-delivery which has now driven the twelve-month gain to 330%. With a market cap of $275M, it is now the ASX's fourth largest biotech. It has a strong institutional register which includes Fidelity, and a cash balance of $38mil, compared to this time last year, when its market cap was $39M and cash was at just $4.5M. Driving this transformation has been exceptional performance from Impedimed's management team. Last year, L-Dex received an FDA approval and reimbursement code that expanded its potential market four-fold. In November, Impedimed secured reimbursement of $112 per test - while the market expected $30-40. Most recently, the company has announced the addition of two, prominent community oncology clinics to the pilot launch of its 'L-Dex lymphoedema test'. The company has now signed a total of three sites and was aiming to have signed six by mid-2015. This performance is set to continue as management's real strength and expertise is in selling devices as the pilot launch is now showing. Updated research here: (VIEW LINK)