Is rust forming on the Iron Giant? 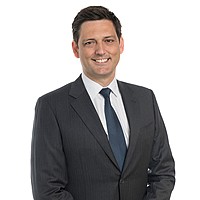 In January 2019, the Vale-owned Brumadinho dam collapsed. This tragic event claimed the lives of more than 250 Brazilians. It was the second collapse in three years after the Samarco-owned Fundão dam disaster, but was far more devastating in terms of lost lives. Not surprising, this led to a series of actions by Vale, the Brazilian government and the mining regulator, resulting in a significant portion of Vale’s production capacity exiting the market and the potential introduction of new laws to appease an understandably concerned public.

As the world’s largest consumer of the steel-making raw material, China was essentially caught short and the commodity price soared. As volumes start to return to the market (in theory, at least) the froth has settled and we are left with the questions of what to make of iron ore over the medium-to-long term and what value lies in the exposed stocks.

To help us find answers, we recently travelled to Brazil to speak with the impacted companies, the government regulators tasked with ensuring safety and a number of legal professionals involved in mining.

A recap of events

The dam collapse on 25 January 2019 set in motion a series of actions by government regulators and prosecutors, which saw around 93Mtpa of capacity leave the seaborne trade within two months. The mine associated with Brumadinho accounted for ~9Mtpa, and given the two fatal dam incidents in Brazil were from the ‘upstream’ type dams, regulators forced Vale to suspend production at all mines associated with that dam style, which saw an additional 31Mtpa out. Safety-related questions were then raised by various government-related bodies around other key operations, irrespective of dam style, including Brucutu, the largest mine in the key mining state of Minas Gerais, removing a further ~45Mtpa.

The apparent outage was obviously significant, and given the 45+ day journey from Brazil’s ports to China, which could extend to more than two months once you account for movements between mine and steel mill, the true impact of the short fall wasn’t felt until late March. Indeed, during our last trip to China in March, we were surprised at the level of complacency held by steel mills we met; yes, China’s ports were heaving with stockpiled ore, but the potential impact seemed clear enough to us.

The enforced outages coincided with weather impacted production from Brazil’s Northern mines (Carajas) and various issues from the larger Australian miners, leading to a sharp reduction in seaborne ore and a strong draw in Chinese port stocks. While our investment process is generally longer-term in nature, a discretionary component allows us to take advantage of value created by these short-term events; in this case, a period of substantial cash flow generation from the big miners well above what we had forecast pre-tragedy.

The incident also shone light on dam technology, resulting in a number of miners revealing their exposure to potential issues faced by upstream-style dams. It was interesting to discover upstream type dams, where the next dam wall is effectively built on top of the settled tailings, was once considered the preferred choice as the dam never exceeded its original environmental footprint. However, the two catastrophic events highlighted the fact that settled tailings were a poor foundation for subsequent dam walls.

Restarts announced, but the deficit may persist

We have already seen Vale announce the restart of around 45% of closed capacity, including Brucutu and Vargem Grande. The market reacted sharply to this news of returning production, selling much of the hype built into the iron ore price by mid-year. However, the actual pace of returned tonnages into the seaborne trade may take some time to flow; safety concerns and indeed a potential desire to maintain the supply squeeze for longer to provide price support could incentivise Vale to be more gradual in the ramp up of shuttered capacity. The export data out of Brazil confirms this, but we expect the tonnes will flow over the remainder of this year.

While Northern system (Carajas) production has recovered from weather interruptions, the Southern/South-Eastern Systems are yet to show the return of Brucutu and Vargem Grande. However, with Chinese steel production running above expectation and still ~50Mtpa or ~4% of the seaborne market remaining offline, in our view it makes sense to assume tightness remains.

This leads us to believe our ~US$85/t forecast for next year is reasonable when compared to our long-term assumption of US$60/t (real), which assumes the market finds balance.

The caveat to this is a strong return of non-traditional supply sources, in particular Chinese domestic iron ore, which is typically difficult to track.

Chart 6 Global iron ore cost curve (Assuming the market is short ~50mt next year, this would shift cost support to around US$85/t, which is in line with our 2020 forecast.) So what about the longer-term for Brazilian iron ore?

Following the Brumadinho incident, resolutions were proposed to remove all upstream dams over a two-year timeframe, though we got the impression that provided stability checks and monitoring were put in place, this timeframe may be extended so as to not impact production. For Brazil, this impacts 88 of its 717 dams across all commodities. At first glance, one might consider this a material imposition – a move to eliminate tailings dams altogether by filtering waste is an option (called dry-stacking) We saw this first-hand at CSN’s Casa de Pedra mine, which is located very close to the city of Congonhas at a cost of ~US$10/t in annual capital intensity.

Also flagged is a potential increase in mining taxes (via a so-called Special Participation Tax), which some could argue may impact Brazil’s ability to produce iron ore. However, there has been very little growth in Brazilian iron ore production over the medium-term, most of which has been in lower-capex brownfield expansion. As such, we believe the potential increase in build costs would have little impact on investment returns. Given Brazilian iron ore generally lies at the low-end of the global cost curve, an increase in operating expenses is unlikely to force out uneconomic supply.

Overall, we were left with an impression that new regulations and safety measures would certainly be established to ensure such disasters never happen again. Also, mining executives would be more personally liable to ensure safety standards are met. However, we also felt that the new measures put in place would be designed not to impede investment in the mining sector, which is a key component of Brazils’ new Federal Government. So, while the short-to-medium term may see the global iron ore market in deficit, dependent on the demand outlook, we have further comfort in our long-term iron ore price assumption of US$60/t.

What about the Big Australian – BHP?

Part of this trip was to better understand the implications of the latest dam failure on BHP, given its 50% ownership of Samarco — the company that operated the Fundão dam which caused 19 fatalities in 2015.

The impact on BHP has been challenging to follow with multiple claims from various parties, including an unrealistically high BRL144bn (~US$54bn) claim lodged by the Federal Prosecutor. Following the Brumadinho disaster, we thought it prudent to reassess the potential impact of the Samarco liabilities factored in our BHP valuation. We lifted the expected remediation provision to circa US$5bn (from the current carried provision of US$1.4bn) and continue to attribute zero value for the Samarco asset, which could add US$5bn if restarted in 2021.

In discussions with mining-focused legal professionals in Brazil, our overall assessment doesn’t look too far from reality. The Samarco JV has an obligation to remediate over the next 10 years, and if it adheres to its obligations, the Samarco mine may restart around 2021. We would expect much of the cash generation to fund remediation obligations, and as such we feel comfortable maintaining a zero value for Samarco in the broader group value.

Conclusion – return to the fundamentals

As an intrinsic value investor, we look to find the value of stocks on a sustainable mid-cycle basis and when exogenous events occur, such as the Brumadinho disaster, which saw the exposed stock prices run hard, we need to reassess if anything has fundamentally changes if and when these events resolve.

On returning from our Brazil trip, we believe the long-term outlook remains largely unchanged, though we do factor in the value of significantly higher medium-term cash flows as the market comes to terms with lower Brazil output over the next 2 – 3 years.

We still believe the marginal cost of the higher-end of the global cost curve will dictate the longer-term level for iron ore prices and it seems the fall-out from events in Brazil will do little to change this view. Yes, costs will likely increase but should only act to lift the low-end of the cost curve. Indeed, we believe the major producers are well aware of the risks if prices were to stay elevated, as additional supply could be incentivised.

One of the world’s largest, highest grade undeveloped resources awaits such a scenario at the Simandou deposit in Guinea. While an infrastructure solution is yet to be found to bring Simandou ore to market, our initial analysis shows an iron ore price of ~US$65/t could yield reasonable investment returns, particularly for Chinese developers as the country could look to diversify away from reliance on Australia and Brazil.

Chart 8 - Our broad assessment of Simandou Project investment returns assuming a US$20bn project, producing 100Mtpa at ~US$35/t AISC. At ~US$60/t the IRR could be over 10% This wire has been co-authored by Brad Potter and myself.

Stefan has 8 years’ experience in equity analysis and a further 8 years within the Petroleum and Chemical industries, including oil refining and mining/steel services. Stefan has sector responsibilities for the Mining and Oil & Gas sectors.

Get investment ideas from Stefan Hansen when you sign up to Livewire Markets.