Is this time different? 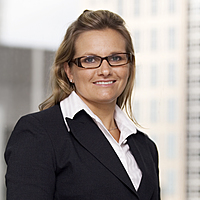 Bond markets are undergoing a readjustment. The first quarter of 2021 delivered a sharp rise in yields across developed bond markets in recognition of a much stronger recovery. This time is different – the natural processes that normally drive a recovery after a severe downturn are being turbocharged by large fiscal and monetary stimulus. As the global economy transitions from recession, recovery and into expansion, overheating risks are rising – especially in the US.

The conventional response to stronger-than-expected growth coupled with steep declines in headline unemployment would have steered monetary policy towards tightening in anticipation of higher inflation – but not this time. Central banks around the world have ‘tripled down’ on highly accommodative monetary policy. Bond markets have started to challenge this view, bringing forward rate hikes on the expectation of a big surge in growth and inflation this year.

So far, meaningful inflation in the developed markets has been more about hope and fear than about reality. Expectations for a revival of inflation are universal from policymakers and investors; the only debate is how high, for how long and with what central bank response? We expect a cyclical rise in headline inflation in the short term, due to rising demand and oil base effects, while core inflation should be more stable (but with upside risks). Any healthy economic recovery will come with a little inflation, but too much and the recovery is threatened through higher interest rates. Cyclical rises in inflation should be monitored more carefully in the current regime of increasingly convergent fiscal and monetary policy.

Does it matter how high actual inflation is in Q2? We will see a surge in services demand alongside supply bottlenecks, both of which the US Fed characterises as transitory. The key issue for markets is the persistence of +2% US core inflation, since a year of core inflation running hot could meet the precondition for Fed tightening.

Huge fiscal stimulus – some of which, like Biden’s infrastructure program, is becoming more long-lasting – and the recently more pro-inflationary stances of central banks have forced us to rethink whether the strong cyclical factors can overcome the structural headwinds to higher inflation. However, for there to be a real regime shift to higher structural inflation we would need to see many years of strong sustainable growth rates.

As outlined above, we certainly have a strong cyclical view. However, markets have already priced in quite a lot of our expectation, and we’re also less certain on the structural story. We believe bond yields will continue to move higher in Q2 as global growth booms and inflation starts to materialise, however we’ve moderated and modified our positions. For much of the March quarter we were running a larger short duration position in the US, however we recently halved this position with yields now materially higher, especially in longer dated maturities. We’ve also taken profit on our US inflation-linked positions. We are still looking for higher yields, but whereas the first phase of this bond yield rise was driven by lifting inflation expectations and higher term rates, we expect the next phase will see markets questioning the commitment of central banks to remain on hold – and intermediate and short end yields do not look prepared for this.

Corporate spreads have largely been undisturbed by the recent rise in bond yields as markets focus on growth and positive earnings trajectories – in fact, spreads are now tighter than where they started the year. However, while the improvement in corporate fundamentals is undoubtedly good news, given that spreads have already compressed to historically tight levels we don’t think they will compress too much further. As a result, we’ve made strategic reductions in credit exposure over the past three months, primarily in global investment grade credit, but also in Australian investment grade bonds and mortgages. In addition, in anticipation of an increase in market volatility and uncertainty about the central bank response to much stronger data, we have also introduced a tactical short position in US high yield credit.

Together these positioning changes leave the portfolio more defensively positioned than was the case three or six months ago, now holding considerably less interest rate and credit risk. We are actively managing the portfolio to protect near term returns, which are likely to remain under pressure for at least the next few months. Yet as was the case this time last year, we are also looking ahead to capture opportunities. To us, the repricing of bond yields represents a transition phase and is a healthy reset; income levels are being restored, and bonds become more attractive as diversifiers at higher yields.

Stay up to date with all the latest fixed income news by hitting the follow button below.

........
This material has been issued by Schroder Investment Management Australia Limited (ABN 22 000 443 274, AFSL 226473) (Schroders) for information purposes only. It is intended solely for professional investors and financial advisers and is not suitable for distribution to retail clients. The views and opinions contained herein are those of the authors as at the date of publication and are subject to change due to market and other conditions. Such views and opinions may not necessarily represent those expressed or reflected in other Schroders communications, strategies or funds. The information contained is general information only and does not take into account your objectives, financial situation or needs. Schroders does not give any warranty as to the accuracy, reliability or completeness of information which is contained in this material. Except insofar as liability under any statute cannot be excluded, Schroders and its directors, employees, consultants or any company in the Schroders Group do not accept any liability (whether arising in contract, in tort or negligence or otherwise) for any error or omission in this material or for any resulting loss or damage (whether direct, indirect, consequential or otherwise) suffered by the recipient of this material or any other person. This material is not intended to provide, and should not be relied on for, accounting, legal or tax advice. Any references to securities, sectors, regions and/or countries are for illustrative purposes only. You should note that past performance is not a reliable indicator of future performance. Schroders may record and monitor telephone calls for security, training and compliance purposes.
save

Kellie joined Schroders in March 2007 and is the co-Portfolio Manager of the Schroder Fixed Income Core-Plus Strategy. As a senior member of the team, she has an important role in the development and implementation of fixed income strategy.

Get investment ideas from Kellie Wood when you sign up to Livewire Markets.