Lessons from those that have gone before 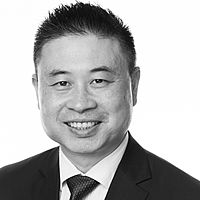 As lacklustre economic conditions persist across the globe, large-scale, high-impact strategies such as zero interest rates and negative interest rates are being carefully considered by central banks around the world. They are likely to become increasingly mainstream and it’s important for investors to understand what their effects may be.

To share some lessons learned in other markets, we look here at Japan and Germany’s approach to unconventional monetary policies and the impact they have had on different asset classes, with a special focus on sovereign bonds.

A rationale for unconventional measures

The uncertain economic outlook has prompted the Reserve Bank of Australia (RBA) to consider employing unconventional monetary policies to stimulate growth. Should the central bank choose to go down this path, Australia would follow the lead of a number of other nations. There is much local investors can learn from the overseas experiences, and it is worth exploring why countries choose to pursue unconventional monetary policies.

Interest rates are one of the most important factors that influence financial markets. They impact the cost of borrowing and returns on many assets, including cash. Combined with other elements, such as 10-year yields on government bonds, interest rates also provide insights into the health of the economy and inflation. This is vital information when constructing investment portfolios.

In response to an uncertain economic outlook, central banks from many of the major developed markets have kept interest rates at exceptionally low levels. In some countries, rates have even been negative. These are examples of unconventional monetary policies.

In recent history, Sweden was one of the first countries to explore unconventional monetary policies. Its central bank, the Riksbank, introduced negative rates in July 2009 by cutting its overnight deposit rate to -0.25%. Then in June 2014, the European Central Bank (ECB) lowered its deposit rate to -0.10%.

While each situation is unique, there are many lessons that can be applied from these events to what is happening in financial markets today.

Lessons to take from Japan and Germany

When central banks resort to unconventional policies such as quantitative easing, the indicators suggest the economic outlook and environment are typically fraught and fragile.

For example, they were used in Japan in late 1991 and early 1992 after asset prices collapsed following a period of economic excess and inflation. In the mid-1980s Japan had an extremely dynamic economy, with annual GDP growth of around 4%.

At the market’s height in 1989, Japan accounted for 45% of the global sharemarket by market capitalisation. But soon after, it succumbed to one of the longest-running economic crises in financial history, a period dubbed “the lost decade”. By 2019, Japan’s share of the global bourse had fallen to just 7%. Recessionary conditions were long-lasting and profound, and extreme measures were needed.

This is why Japan decided to introduce quantitative easing. Japan has had a number of forays into zero interest rates. One was in February 1999 and it embarked on another round two years later in response to the dot.com bubble bursting. In addition to moving into negative interest rates, in 2001 the country also pursued a program of quantitative easing. This lasted until July 2006 when the Bank of Japan (BoJ) began to normalise rates.

A decade later in January 2016, the BoJ again adopted negative rates, mostly to prevent an unwelcome strengthening of the yen from hurting the export-reliant economy.

When the BoJ first introduced unconventional monetary policies, its approach was viewed to be extreme and isolated to Japan. But only a few years later thanks to the financial crisis of 2007 and 2008, the US Federal Reserve (the Fed) and the European Central Bank (ECB) took a similar approach. Source: JCB team analysis based on data from Bloomberg The BoJ’s accommodative monetary policies were designed to stimulate economic growth. But instead, they prompted a number of unexpected outcomes.

Japanese households ignored the easy money and ended up saving more and spending less. This suppressed demand, which added to the country’s economic troubles. Concurrently, a credit crunch emerged as the Japanese banks’ bad and doubtful debt exposures accumulated. Small, medium and even some large-sized businesses were unable to repay their loans.

The property market played a key role in the economy as this situation played out. The frothy commercial property market that was one of the main features of the Japanese market in the 1980s and ‘90s suffered immensely in the crash. It has never fully returned to pre-boom levels.

Japan − the bubble bursting led to poor outcomes across rents, wages and property. As chart above shows, from 1991 the commercial property sector endured fourteen consecutive years of falling valuations, a trend that challenged the notion property investments are safe and accretive. Simultaneously, rental levels plummeted as economic activity remained anaemic. Property owners who had enjoyed double-digit yields at the peak of the bubble subsequently saw the value of their property drop below the value of their outstanding debt.

Meanwhile, low growth and deflationary pressures weighed on the Japanese sharemarket. Equities reached historic lows in 1989 and the market subsequently saw a number of false dawns. This was because corporates focused on restructuring balance sheets and paying down debt rather than growing their enterprises through borrowing at highly attractive interest rates.

Germany is another country where unconventional monetary policies have been used to try to reboot a lacklustre economy.

Its industries have been weighed down by China’s economic rebalancing, the global trade war and evolving consumer trends. Investment spending has receded, the labour market is tepid and business and consumer confidence are soft. Additionally, the ageing demographic acts as an anchor on productivity growth and contributes to banking sector weaknesses. On top of this, weak lending, high operating cost bases and poor profitability in the face of low interest rates are acting as handbrakes on economic output.

Germany’s monetary policy is decided by the European Central Bank (ECB). In 2012 it introduced zero interest rates, followed by negative interest rates of -0.1% from June 2014. While these measures were viewed as extreme, credit growth had been stagnant and the central bank wanted to encourage lending to make it punitive for banks to store excess cash. Nevertheless, German and other northern European region banks still store close to €1.25 trillion in excess reserves. So money has not flowed freely across the economy, adding to the malaise.

Unconventional monetary policies have caused European share markets to rally, although financial sector stocks have not performed as well as defensive shares. Overall, however, the economy remains soft and policymakers continue to explore all options to support economic activity.

A comparison of performance over time

The charts below show how assets have performed over time in Japan, the UK, the Eurozone and the US for local shares, residential property and government bonds. Forced up the risk spectrum

Investors have been forced to take on more risk in pursuit of returns or yield as central banks have lowered interest rates to near zero, zero or less. As such, investors have had to move up the risk spectrum to generate returns, while being penalised for holding onto cash given the low interest rate environment.

This has encouraged investors to allocate funds to more speculative assets such as emerging market debt, leveraged loans and private equity. But, while these instruments offer attractive yields, they also carry material, and often hidden, risks. With return expectations falling given myriad nearer-term economic headwinds, risk has been cheapened by these policies and risen in investor portfolios. These are typical features of a late-cycle environment.

Risky assets rally hard in this environment. But markets have been lulled into a false sense of security. This has the potential to wrong-foot investors, especially in times of crisis.

The secular decline in policy rates around the world

- Since the GFC, these conditions have aided asset class returns. Notes: Past performance is not an indicator of current or future performance.

High grade bonds have historically defended and protected when needed. Source: JCB team analysis based on data from Bloomberg & Morningstar. Notes: Past performance is not an indicator of current or future performance.

The world continues deeper into a late-cycle phase, one in which investors are encouraged by policy makers to reach for yield and return in an increasingly uncertain time. Thoughtful portfolio construction is one of the keys to navigating these difficulties.

As the Japanese experience demonstrates, traditional asset classes such as cash endure difficult outcomes under these conditions. Bonds are the exception. They can offer compounding qualities that prove invaluable in a low-return environment. Investors who have tilted their portfolios towards risky assets such as shares and property have been conditioned since the GFC to believe returns are virtuous and markets are supported by central banks doing ‘whatever it takes’ to maintain an even economic keel. This is understandable when considering the strong performance shares and property have enjoyed in recent years. But this environment is unlikely to persist.

High-grade bonds grind out returns and dampen risky asset exposures, even in a muted yield environment. They also deliver compound income over time and provide constructive returns. And, while their returns are likely to be moderated relative to trend, high-grade sovereign bonds offer protection against cyclical downturns and risky assets.

They also enjoy other advantages such as being backed by highly-rated governments including Australia which, alongside Canada and Switzerland, is one of three AAA-rated countries with widescale, functioning bond markets. As stable and well-regulated nations, investors are confident governments can make good on their ongoing debt obligations, which supports the sovereign bond market.

Given the uncertainty and rising pressures in financial markets, proven sources of defensiveness and diversification such as sovereign bonds should help investors mitigate inevitable market pitfalls. In fact, there’s a case for having both domestic and global high-grade sovereign bond exposures in portfolios.

Central banks are likely to continue to use unconventional monetary policies in a persistent low-rate environment. As a result, it’s worthwhile for investors to consider the role of sovereign bonds in their portfolio to help mitigate risk and generate returns.

Stay up to date with our latest insights throughout 2020 by hitting the follow button below and you'll be notified every time we post a wire.

........
This information is provided by JamiesonCooteBonds Pty Ltd ACN 165 890 282 AFSL 459018 (‘JCB’). Past performance is not a reliable indicator of future performance. This information should not be considered advice or a recommendation to investors or potential investors in relation to holding, purchasing or selling units and does not take into account your particular investment objectives, financial situation or needs. Before acting on any information you should consider the appropriateness of the information having regard to these matters, any relevant offer document and in particular, you should seek independent financial advice.
save

Paul provides macro analysis and input as well as investment insight and research to benefit the security section process. Paul is a career investment researcher and portfolio manager across the US and Australasia.

Get investment ideas from Paul Chin when you sign up to Livewire Markets.