Lessons of the past staring back at us today 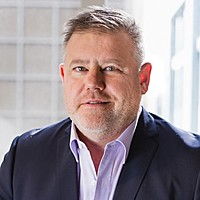 I began my career in financial markets in the early 1980’s and was fortunate to be mentored by industry veterans of the time who had survived and prospered from the inflation lessons of the 1970’s.

“Moral hazard” lessons and scars were invaluable for me, and others of my era, and were further developed as we navigated the ‘87 crash, the global recession of the early 90’s, the Asian crisis of the late 1990’s, the Long Term Capital debacle and the 2000 ‘Tech Wreck’.

I subsequently thought I had a fair idea of what needed to occur post the GFC. I was positive that there was a fantastic opportunity to “reset” things and leave the capital structure of our markets, and the finance industry as a whole, in a better place. Unfortunately for the wider community which doesn’t own the majority of assets and for retirees wanting low-risk interest incomes from their hard-earned nest eggs, the fear of the day was all too overwhelming and the capital stewards of the time, who presided over the mess, still held the reigns and panicked straight down the same path that created the mess in the first place.

The term “Goldilocks” first entered the lexicon of the financial markets in the mid to late 1990’s as a creative way to describe conditions created by the Central Banks guiding hand on a policy of a “not too hot, not too cold but just right economy “. However, when the markets confronted the Asian crisis later that decade and the debacle that was “When Genius Failed”, being Long Term Capital Management, it seemed to me that in attempting to create these perfect continuous conditions, the side effect was a breakout in complacency combusting with excess leverage ….and Goldilocks walked smack into more than just 3 bears!

The correct allocation of capital and labour works best under the pricing of a free market. A key role of Government is to ensure that we don’t end up with monopolistic or oligopolistic structures in major industries so that competition can thrive, capital movement is efficient and investors can contemplate a sensible risk/return framework.

Freer markets offer a healthy level of volatility as price movements are vital when distortions in the business cycle inevitably occurs. Human nature and investor behaviours are of course not perfect so these distortions are adjusted by the pricing market serving a critical purpose. To interfere with the process brings with it the need to accept the unintended consequences. I don’t believe these consequences are calculable and nor controllable and I know that they drive spikes in market volatility – in both directions.

A big credit distortion after the pricing market signals its problems allows it to be deleveraged. The bad stewards of capital disappear and productive users get the reallocation to begin the next clean cycle, we get another lesson and move forward. The worse the behaviour the better the lesson in moral hazard and hopefully, the longer its duration.

I have no doubt that the policy-makers of 2008/2009 were unrelenting and focused on fixing the crisis that brought the global economy to the brink. I also think that the self-confessed experiment was flawed and allowed to continue for way too long!

Anyone who seriously thinks that trying to solve an indebtedness problem by using more debt clearly hasn’t been paying attention to the lessons of history. There is certainly no empirical evidence to support the notion. In fact, economic history (not just theory) evidences that the only way to solve a debt crisis is by a deleveraging cycle (pay it back, don’t top it up) coupled with a multi-year increase in the savings rate (sensible austerity) which is unfortunately not palatable in modern political democracies.

So post 2009, instead of Central Banks exchanging money for sound but illiquid collateral, the modern day experiment has involved exchanging ‘junk’ assets for central banks effectively handing-out freshly printed money in the hope that an inflation surge in stocks, bonds and property, through the magic of “trickledown economics” would stimulate economic activity at the level of the masses. The benefit would be the broader economy reaching escape Velocity, or a growth rate big enough to generate sufficient tax receipts to pay off the expanded debt.

It didn’t take long for some economists to work out that it wasn’t going to work. These assets had too few owners and those few couldn’t spend enough, quickly enough to generate much velocity at all. Sensible austerity is unfortunately not palatable in modern political democracies and to compound things, Central Banks ‘doubled down’ on their strategy believing that it wasn’t working because they hadn’t done enough. (And Mario Draghi committed to do “whatever it takes”).

Asset price inflation ran to script and accelerated. And, albeit providing transitory periods of growth, escape velocity is still nowhere within reach. Again, we were trying to solve for indebtedness with more debt, in danger of converting ‘escape’ velocity into ‘terminal’ velocity and to not learning the lessons from the same approach already tried by Japan.

So where does this leave us today? Our doubling down on debt has led to a massive inflation in stocks, bonds and property which has made market participants ecstatic! Massive levels of artificially created liquidity are still sloshing around the canyons of financial markets and fuelling ‘large but nervous’ bull markets in many assets.

The list of unintended consequences is growing, not shrinking. Just one of these unintended consequences is that investors are shifting between asset classes, using cheap money (again) to chase almost anything with a decent yield. The actions of policy makers have eroded the basic social construct that you work hard for a living and put your pennies away safely and collect some interest via a financial system that is productively using your savings for companies to buy plant and equipment to grow.

My lessons of the past continue to reverberate. Charles Kindleberger’s wrote in “Manias, Panics, and Crashes” that once a market reaches over indebtedness it will goes through 3 phases:

1.           Over-trading - Easy credit drives asset prices through fundamental levels (can go on for a long time)

2.           Dis-credit – A narrow group of patient investors take the opportunity to sell up and pay down their debt

Phases 1 and 2 are clear to see but it’s relatively hard to dimension their duration. Phase 3 is knocking!

I wrote this piece mostly as a contribution to the conversation about policy, remedies and what we can learn from the past rather than to offer views on market timing. That said, I sense that the easy and relatively free beta created from endless liquidity has seen its best days and that Phase 2 is getting long in the tooth. What investors do from this point needs to have a defensive mind-set as we are such a long way away from bargains in any asset class and need to heed the lessons of the past by treading forward carefully!

Peter is co-Portfolio Manager at ARCO Investment Management. Prior to co-founding ARCO IM in 2008, Peter served as a Managing Director in the Equities Division of Citigroup Australia and as an Executive Committee member.

Get investment ideas from Peter Whiting when you sign up to Livewire Markets.