Libra: the hype vs the reality 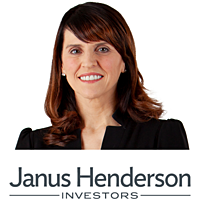 Facebook expects to launch its cryptocurrency, Libra in 2020, with the aim of creating a simple global currency and financial infrastructure that empowers billions of people. The focus for Libra in the near term is on the 1.7 billion of the global population (Facebook estimate) that is under-banked, and is skewed towards the emerging markets. The idea is the creation of an ‘internet of money’ – where transferring money will be as simple as sending a text message. Libra aims to be the world’s first mainstream cryptocurrency. However, the project is in its very early stages and its evolution remains uncertain.

Despite the hype around Bitcoin in recent years and a series of fraudulent coin offerings, the US Congress, Securities Commission, Federal Reserve and other regulators have to-date not set out or created any tools for regulation or oversight of cryptocurrencies. The creation of Libra will, we believe, act as a catalyst to the first steps in creating a framework that will legitimise and democratise the use of blockchain technology in the long term.

The Libra Association – a partnership

The Libra Association is an independent, not-for-profit company that will be based in Geneva. Libra looks to be one of the most advanced efforts by a technology company to enter the crypto market by creating a currency that could be widely used for money transfer, ecommerce and payments. Libra has 27 partners now and hopes to expand this before launching in 2020.

The partners crucially include main payment providers MasterCard, Visa, and PayPal, as well as major merchants such as Spotify, eBay, Vodafone and Booking.com among others. The partners will each manage a node in the Libra network, which allows the control and processing to be diversified. These partnerships enable Libra to work, trust, proliferate and monetise (with advertising a potential source of earnings) and also offer a means to spend the currency. Each Libra partner is investing a minimum of US$10m to help secure the currency. An important feature is that Facebook does not have voting control over Libra as the partners will work together on the development of the cryptocurrency.

Calibra is the digital wallet for Libra and will be available via Facebook Messenger, WhatsApp and as a standalone. Crucially, it is set up as an independent, regulated subsidiary to ensure the separation of social and financial data. Calibra’s goal is to provide financial services that enable people to access and participate in the Libra network, including the underbanked sections of community. By bringing financial services to a broader community the hope is that this will spur more ecommerce from small business on the platform, driving more advertisement sales. It is worth highlighting that other Libra Association partners may also set up competing digital wallets for Libra, meaning Facebook may find itself having to pay for advertising to consumers.

Libra is not just another Bitcoin

Since inception, cryptocurrencies have been very volatile with mixed success and have lacked a broad network effect of users. With the backing of Facebook – most likely first with Facebook’s WhatsApp and Messenger network effects mean that Libra differs from Bitcoin and Ethereum in four key areas:

What does this mean for Facebook as an investment?

We do not view Libra as a significant gamechanger for Facebook in the near term as monetisation, regulation and competition details are as yet vague. For example WhatsApp was acquired in 2014 and monetisation is still nascent so investors should bear in mind that Libra is a long-term opportunity and not a material near-term earnings driver.

However, we believe that given time, the creation of Libra has the potential to transform Facebook into a broader platform company and create different advertising models for the internet.

Being regarded as a platform company would ultimately lead to a higher valuation for Facebook.

Facebook is bringing stability and some standardisation to cryptocurrencies and that will open up more specific usages. Financial regulation and oversight is necessary to take cryptocurrency to the next level. Will Libra be to cryptocurrency what AOL was to the internet or what IOs (internet operating systems) and apps were to mobile?

To us, the absence of Google and Amazon from Libra’s partners list is notable and it will be interesting to see if the two companies try to launch alternatives or ultimately step into this association. Watch this space!

Alison is a Portfolio Manager on the Global Technology Team at Janus Henderson Investors, a position she has held since joining Henderson in 2014. She has 24 years of financial industry experience.

Get investment ideas from Alison Porter when you sign up to Livewire Markets.