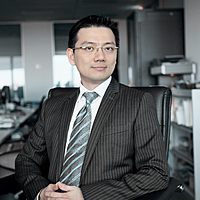 President Xi Jinping sent his right-hand-man to the World Economic Forum (WEF) in Davos this year. China’s economic-policy mastermind Liu He, 66, holds a master's degree in public administration from Harvard University and bachelor and master's degrees in economics from Beijing's Renmin University, where he had been teaching at for years.

The innovative economist has been focusing on macroeconomics, industrial structure and new economic theory. He has published over 200 articles, three of which won the National 1st Science Award.

Liu has held positions in the State Council and National Development and Reform Commission of the People’s Republic of China successively. In 2013, he was promoted to the Vice Minister of Office of the Central Leading Group on Financial and Economic Affairs of Communist Party of China (CPC). The current member of Political Bureau of the CPC Central Committee is regarded as one of Xi’s closest aides and the most important economic think-tank in China. The economic direction of China in the next decade will be inevitably led by this scholar official with solid economic background.

In the process of economic reform and opening-up, China is often being criticised by western countries for taking actions different from words. In response to the criticisms, Liu uttered that China would put more policies into actions and some measures might go beyond expectations of the international community.

As an emerging market, China’s development strategy, especially in the financial field, should be rationally adopted by a gradual transition. Learning from the impacts of the Asian Financial Crisis on Thailand and Indonesia, we understand being cautious on economic approaches for China is crucial.

It is time for China's financial sector to further open up. Liu addressed at the Davos Forum that China would implement extra measures this year to advance reforms in such areas as banking, securities and insurance while at the same time enhance protections of intellectual property rights and import expansions. It is not only a step to boost foreign investment but a significant move in China’s economic structural reforms.

Liu once quoted the remark of former Premier of China Zhu Rongji, explaining his point of view that China's economy has reached the point where it “cannot further develop without being restructured”. And in recent years, the economic reform launched by President Xi is apparently in Liu’s shadow.

Narrowing wealth gap is the key to a healthy economy

The China’s top economic adviser does not consider inflation merely a currency phenomenon. In particular, due to wealth inequality in China, interest rate adjustment mechanism cannot bring “effective demand”, yet,  make the overheating economy even hotter. Liu believes that “too much money chasing too few goods” is only the surface cause of inflation; the root cause of China's inflation is essentially a structural contradiction caused by the income inequality. To resume a reasonable level of inflation in China, the supply-and-demand structure has to be adjusted.

Advancing high-quality development to promote economic prosperity and stability, Liu addressed that the key is to implement “one general requirement”, “one main line” and “ three major storming battles”. In recent years, Liu’s approach of supply-side structural reform has emerged as the main economic policy framework in China.

In short, narrowing the wealth gap is the solution. Liu believes that a real domestic market cannot be created with high wealth inequality. The ultimate goal of urbanisation is not building cities, but gaining economic benefits from rural surplus labor forces. This brings real-time and sustainable incomes to farmers while it creates a solid foundation for continuous expansions of domestic demand.

Get investment ideas from Raymond Chan when you sign up to Livewire Markets.